For years now, well-known champion Frans Rutten from Horst in North Limburg has been racing at the top, both at departmental and national level. In 2007 and in 2011 he became national champion young birds.  Something that only few of us can say.

It all started with the champion birds of Wout Smeulders and the Tournier birdss. About 10 years ago the contribution of the Gerard Koopman pigeons became a fact. The first purchase was immediately a hit. This cock was nicknamed "De Willem" and became the ancestor of the Rutten loft. "De Willem" became father and grandfather of several pigeons such as 3rd ace WHZB, 6th ace WHZB, 3rd ace WHZB, 7th best cock WHZB, 4th middle distance pigeon WHZB, 1st middle distance pigeon champion department Limburg, 2nd one day long distance pigeon champion department Limburg, this even 2 years in a row and the best young pigeon department Limburg etc. etc. In 2011 followed the purchase of "De Kannibaal" at Wilberg Tauben, this cock came from the "Champ" of Marijke Vink, the son of "Tips" x "Jean" coupled to the "Schone Kannibaalje" which was bred from "De Kannibaal" x "Zus Rambo" of Dirk van Dyck. Also out of this cock super pigeons were bred which especially on the one day long distance races could give some extra. "Aike", "Anne" and "Annelee" were superior racing hens but also beautiful breeding hens.

Obtained championships of the past 2 years in CC2008 are e.g.

Absolute highlight 2020 was the national race old birds from Issoudun where a 1st national was played against 12,191 pigeons.

Frans offers at this moment a unique group of magnificent performance pigeons for sale on internet sale Pigeon Bids. Pure proven class... that much is certain! 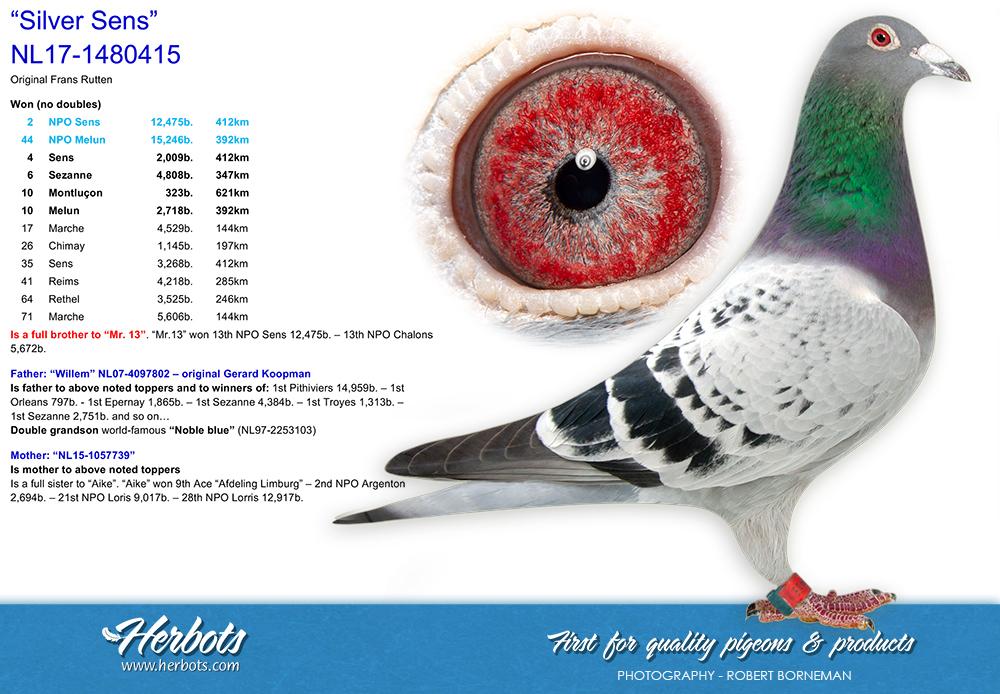 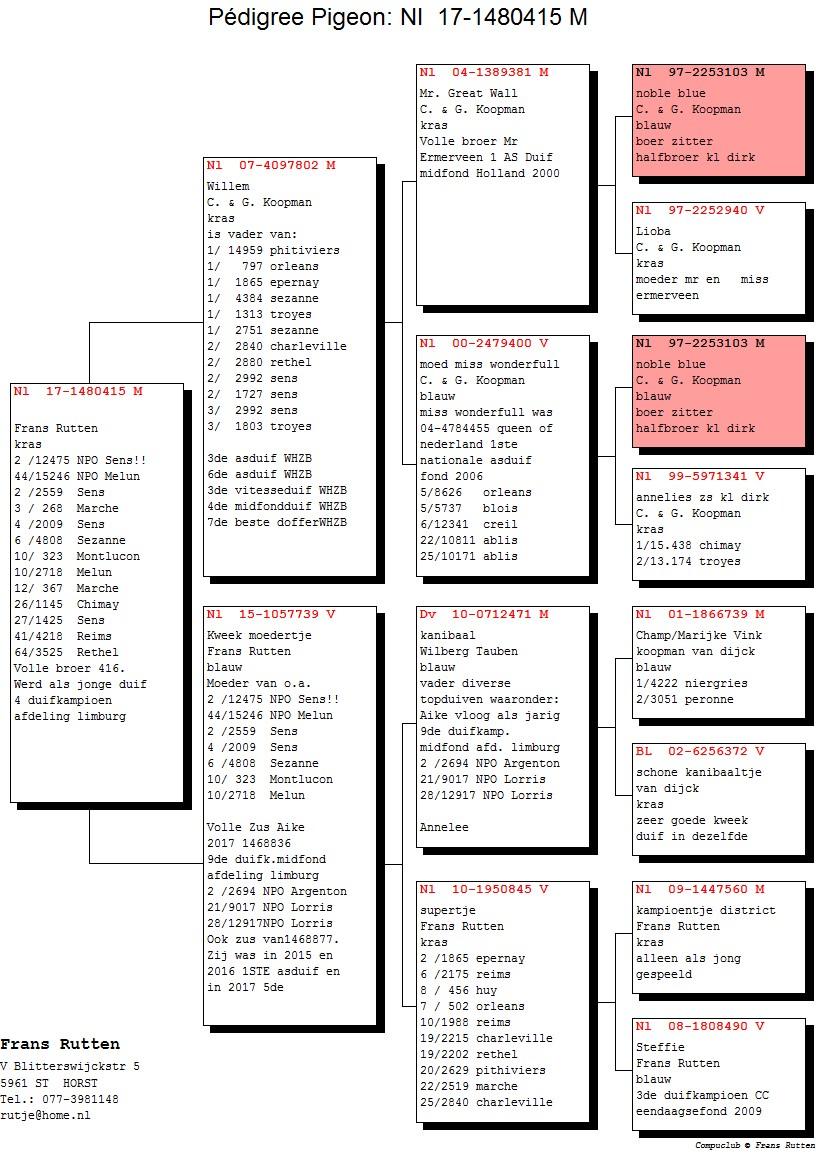 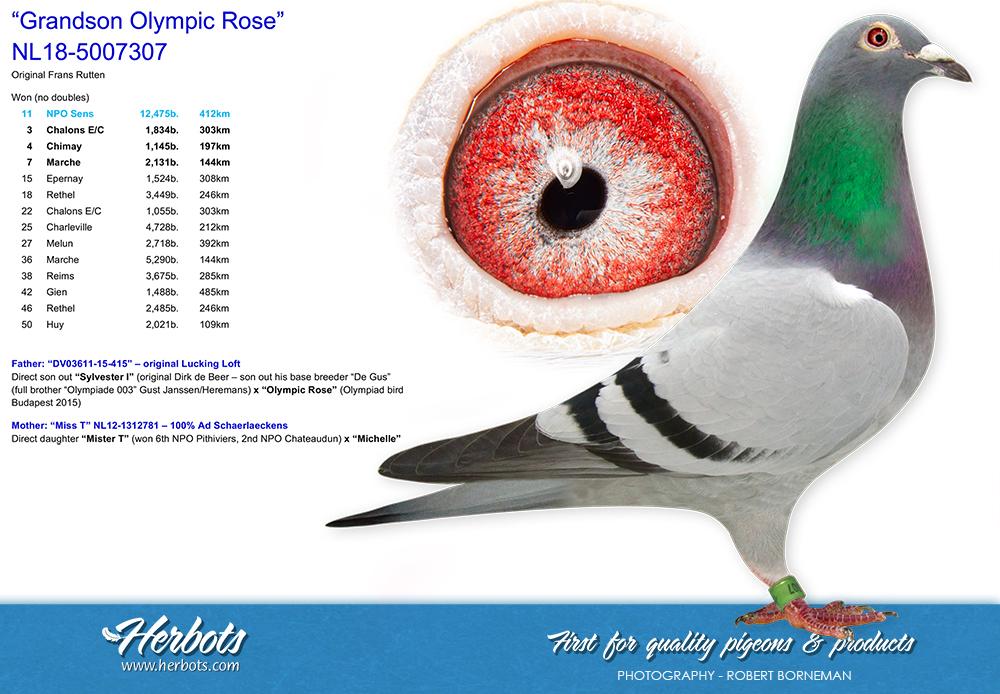 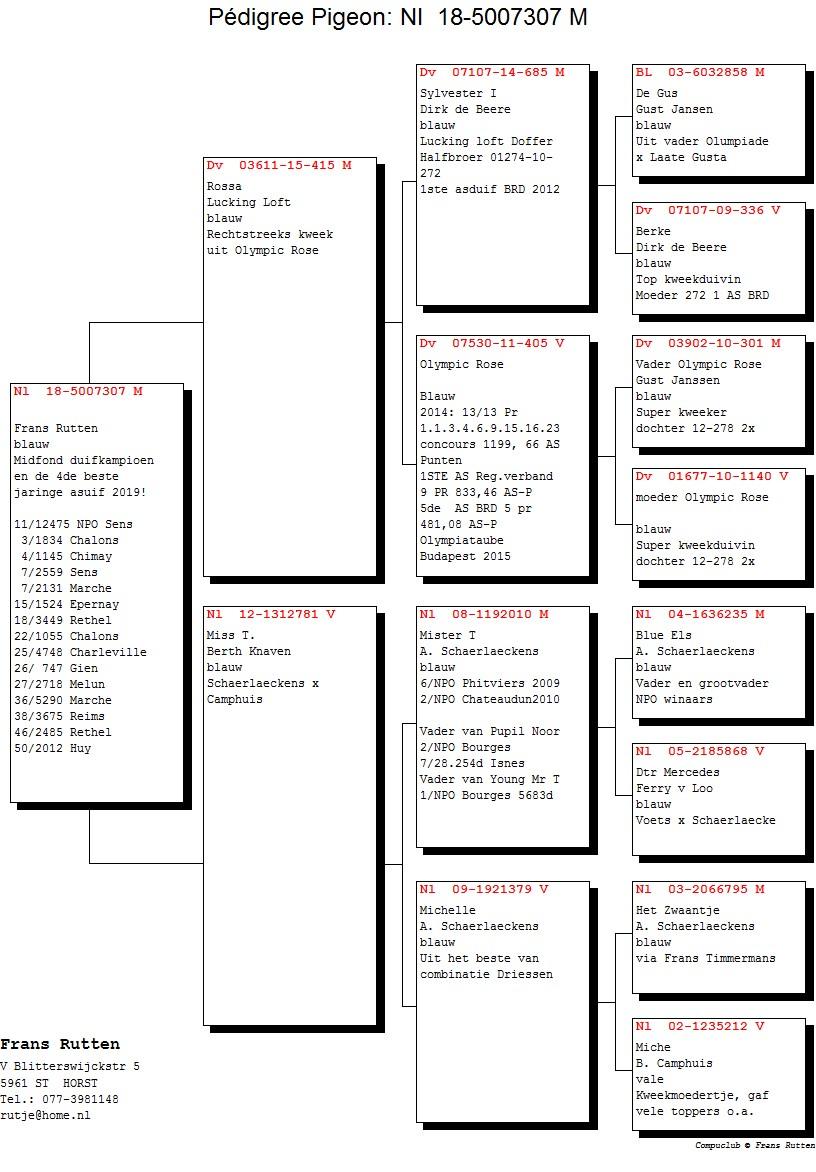 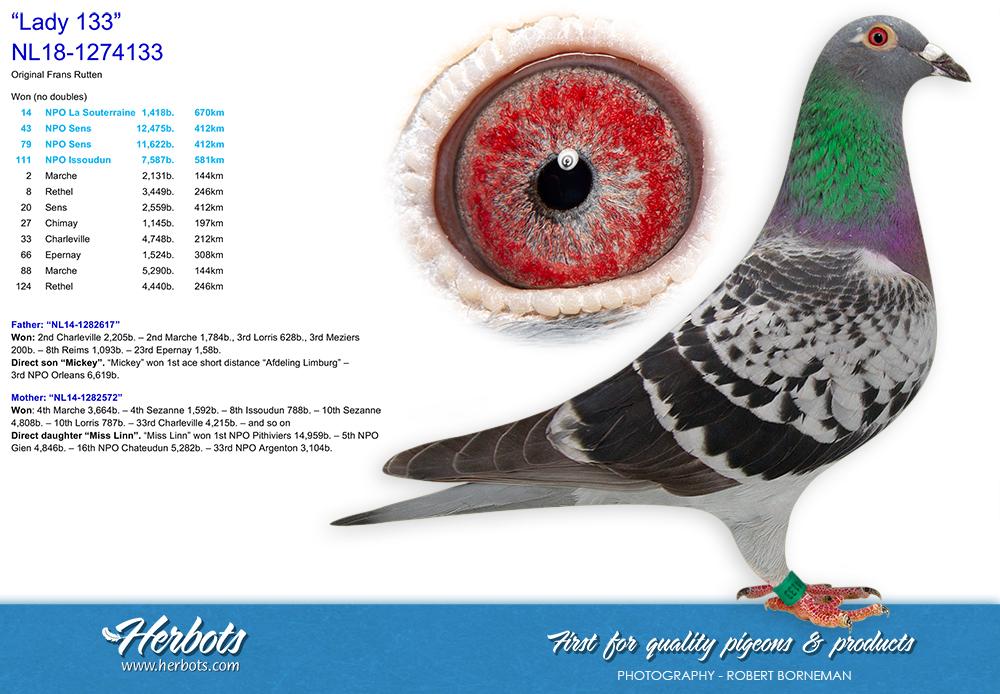 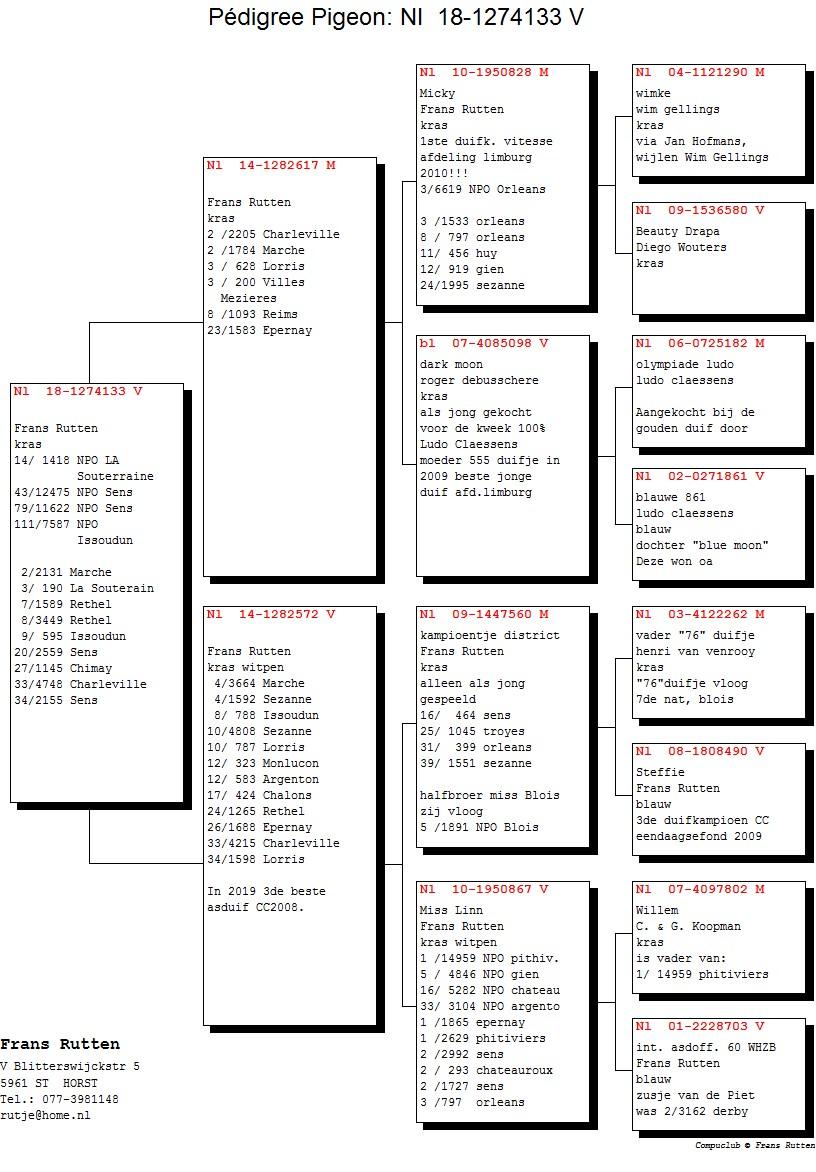 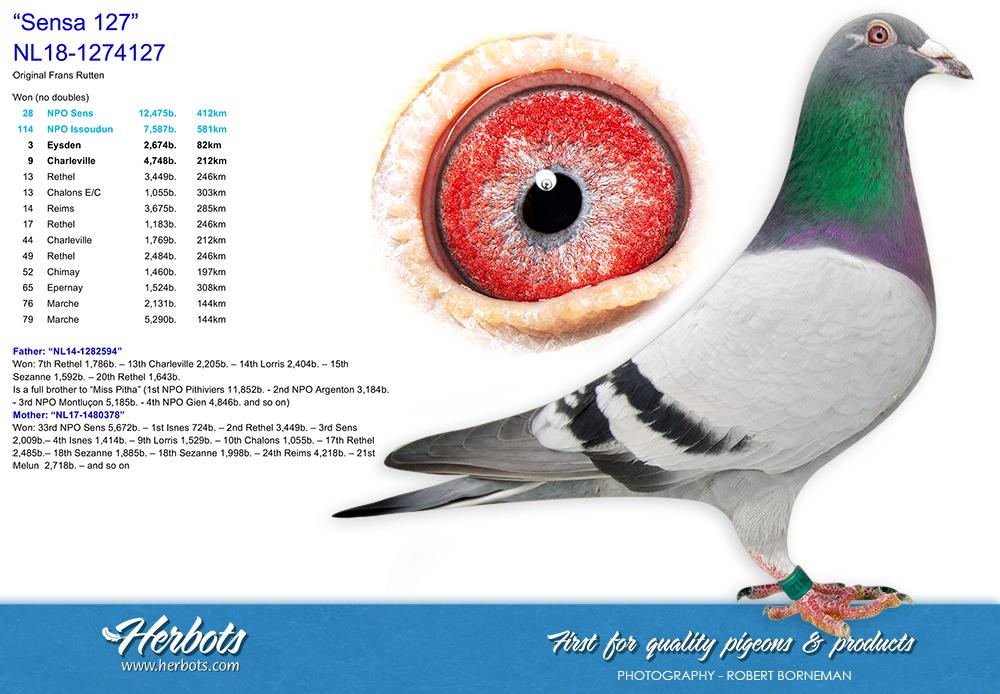 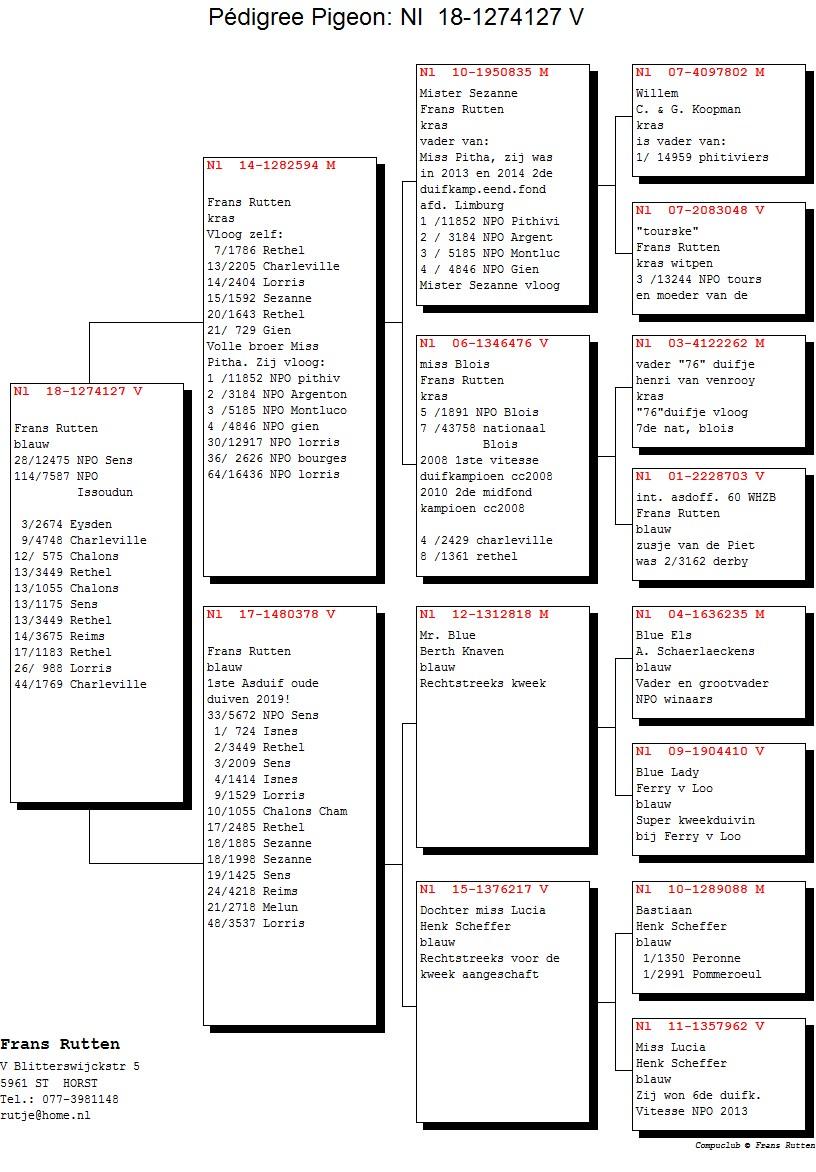 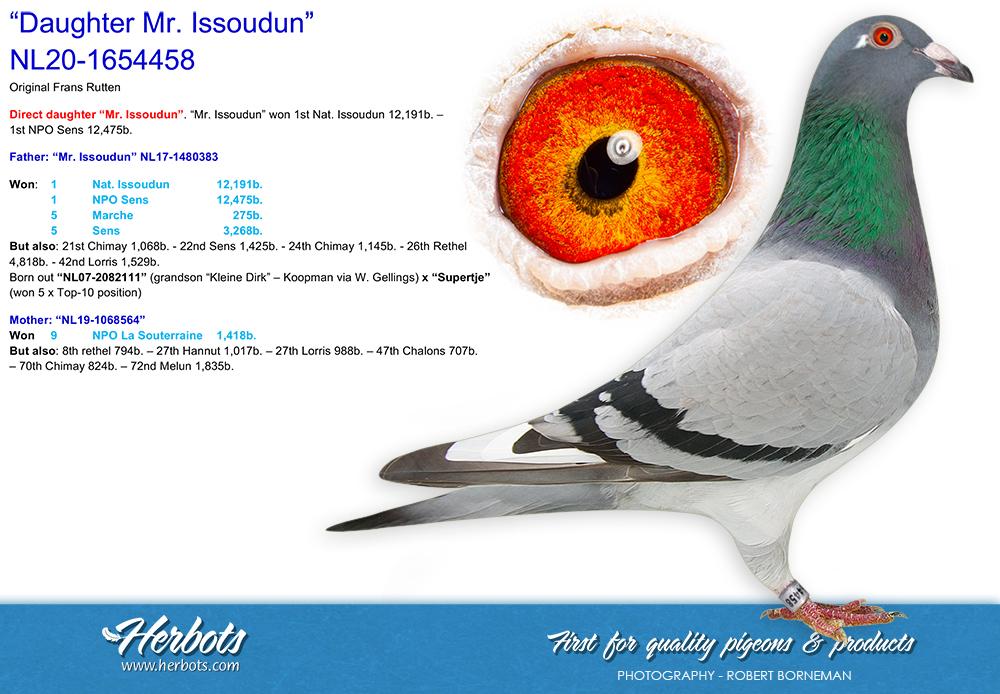 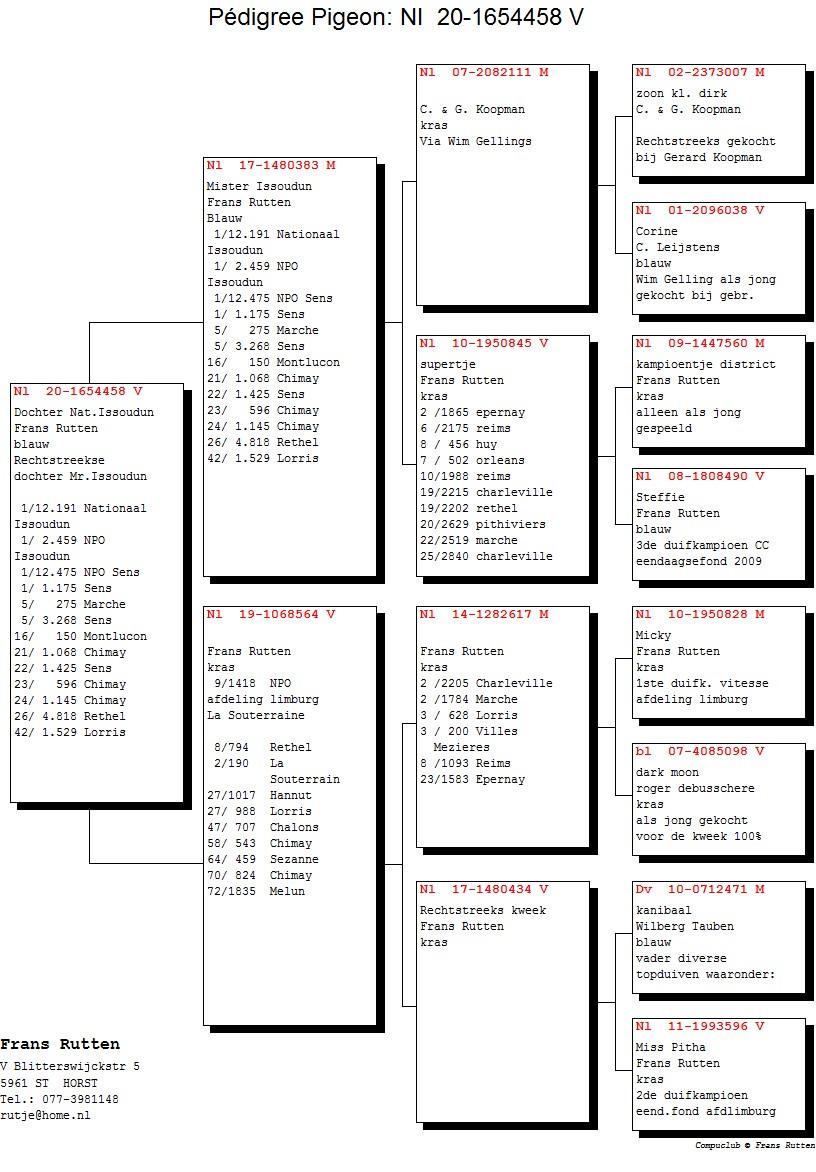 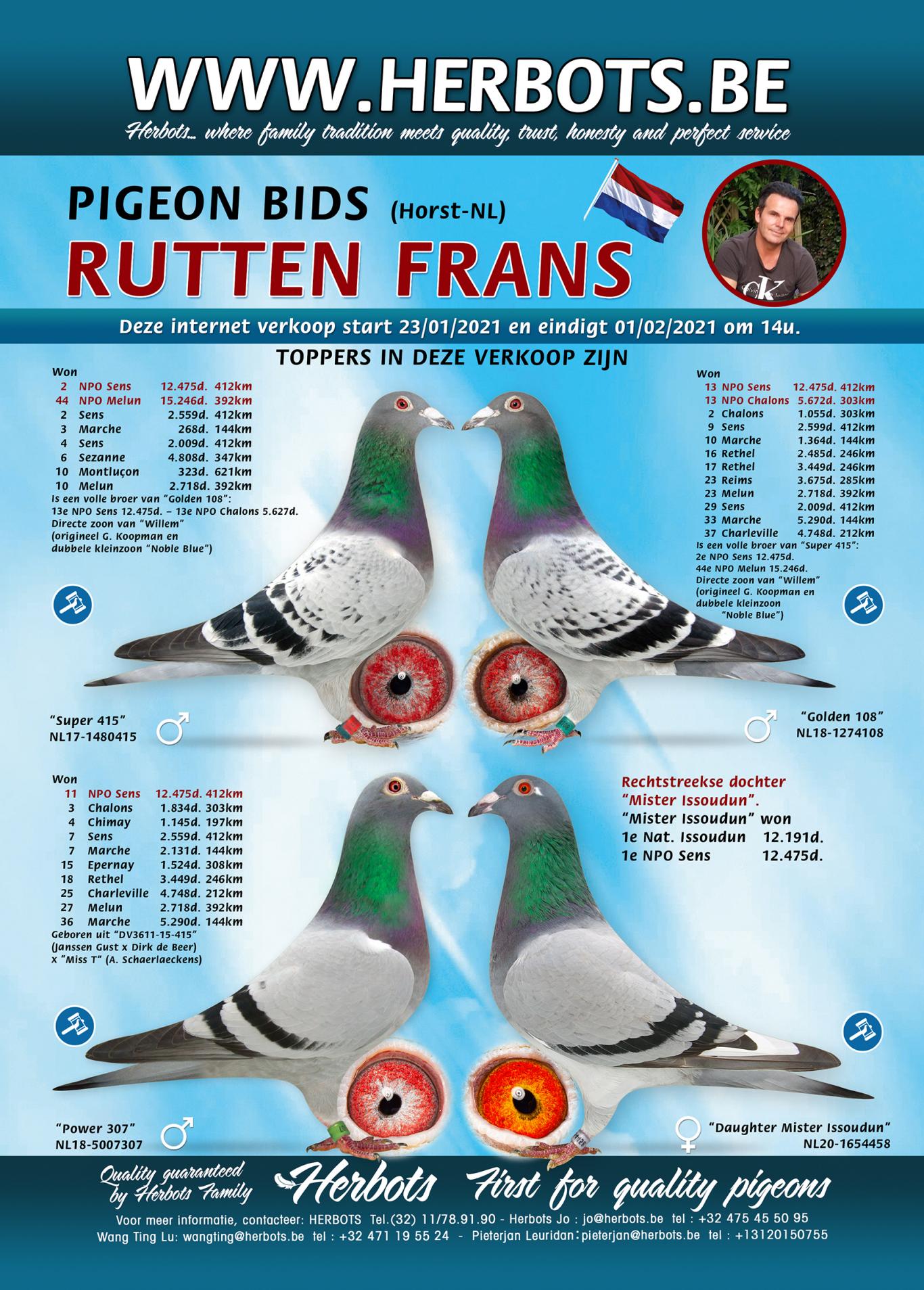