Back to bingo for one of the "co-houses" of Dutch top fancier Jan Hooymans. As you know Jan has 2 satellite lofts in Belgium. One in Mol where Gregory Bekaert takes all the work for his account and one in Desselgem where Wout Spierings is in charge. A few weeks ago we were at Gregory's place to congratulate Team Hooymans.be with their national victory from La Souterraine and now we were at Wout's place to congratulate Team Hooymans WVL with their national victory from Tulle.

In 2012 the two met each other for the first time. Wout bought from Jan some pigeons, including a daughter of Alexia. Perhaps the best breeding sister of his "Harry". Years later Wout proved to be very successful with this hen. In the meantime she runs, together with other pigeons of Jan Hooymans, through Wout's colony. When Jan and Wout in 2019 talked about the idea to set up a loft in Belgium and to compete with the greatest from Belgium, it started to itch for both of them. Jan, who had been looking for a suitable location for some time, saw in Wout a perfect companion and one thing led to another. Before the decision was made, both gentlemen had to get used to the idea. A few days later, they contacted each other again and noticed that they were both sufficiently motivated to take up the sporting challenge.

A suitable house was found in Desselgem and a splendid installation that meets all standards was built in the garden.

Meanwhile, 3 years later, we can already speak of 2 full seasons and it can be said. Team Hooymans WVL has not missed its start. Several provincial victories already adorn the palmares and last weekend the first, and if you ask us probably not the last, national victory was won.

No... the name "Wout" does not refer to our current top cyclist Wout Van Aert but to top groom Wout himself. Jan Hooymans tells his story while popping the cork of a bottle of champagne in the air: "Unbelievable what Wout is doing here and since it is with one of his pigeons, I can only name this national winner after him. The winner was indeed bred by Wout. When we made our agreement with the necessary handshake, Wout still had some youngsters, which had only come out a few times in his previous residence of Waalwijk. Wout moved them with him to Belgium and see one of them wins national Tulle. What a beautiful story.

And other top birds too

And it is not only "Wout" who puts the Team Hooyman WVL colony in the spotlights. With NL20-2014748 (5th best old pigeon 3 races GHF) and "Red Harry" (NL20- 1608610, 1st best old pigeon long distance 2 races) they have two pigeons which are nicely ranked after three national races. Normally they will both go into the basket for Chateauroux. "Certainly no Libourne, that's too heavy, they already had some heavy races behind them. The national Tulle-winner will certainly go into the basket, he can prove himself on Libourne."

We are curious what the coming WE will bring. We wish you a lot of success. 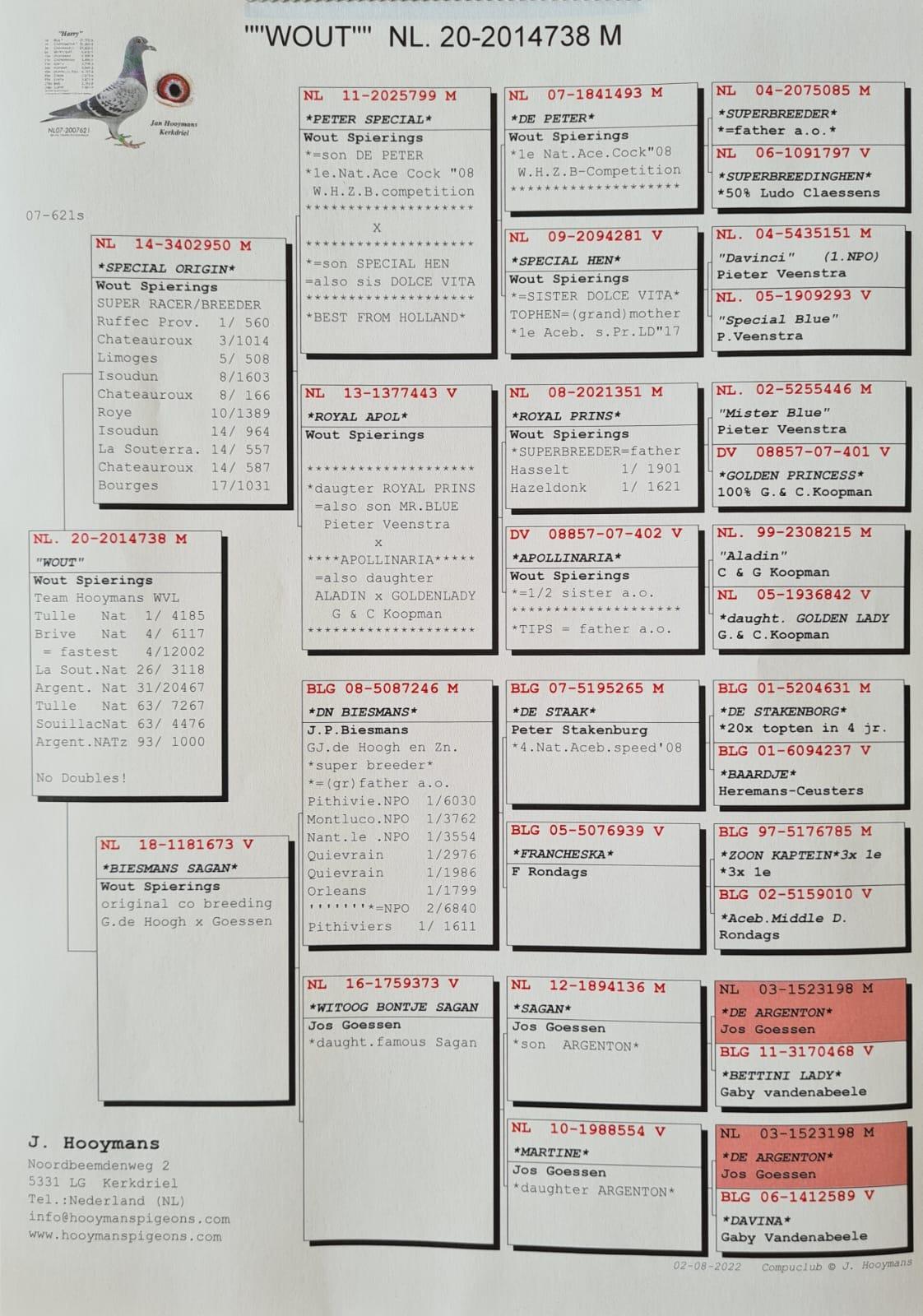 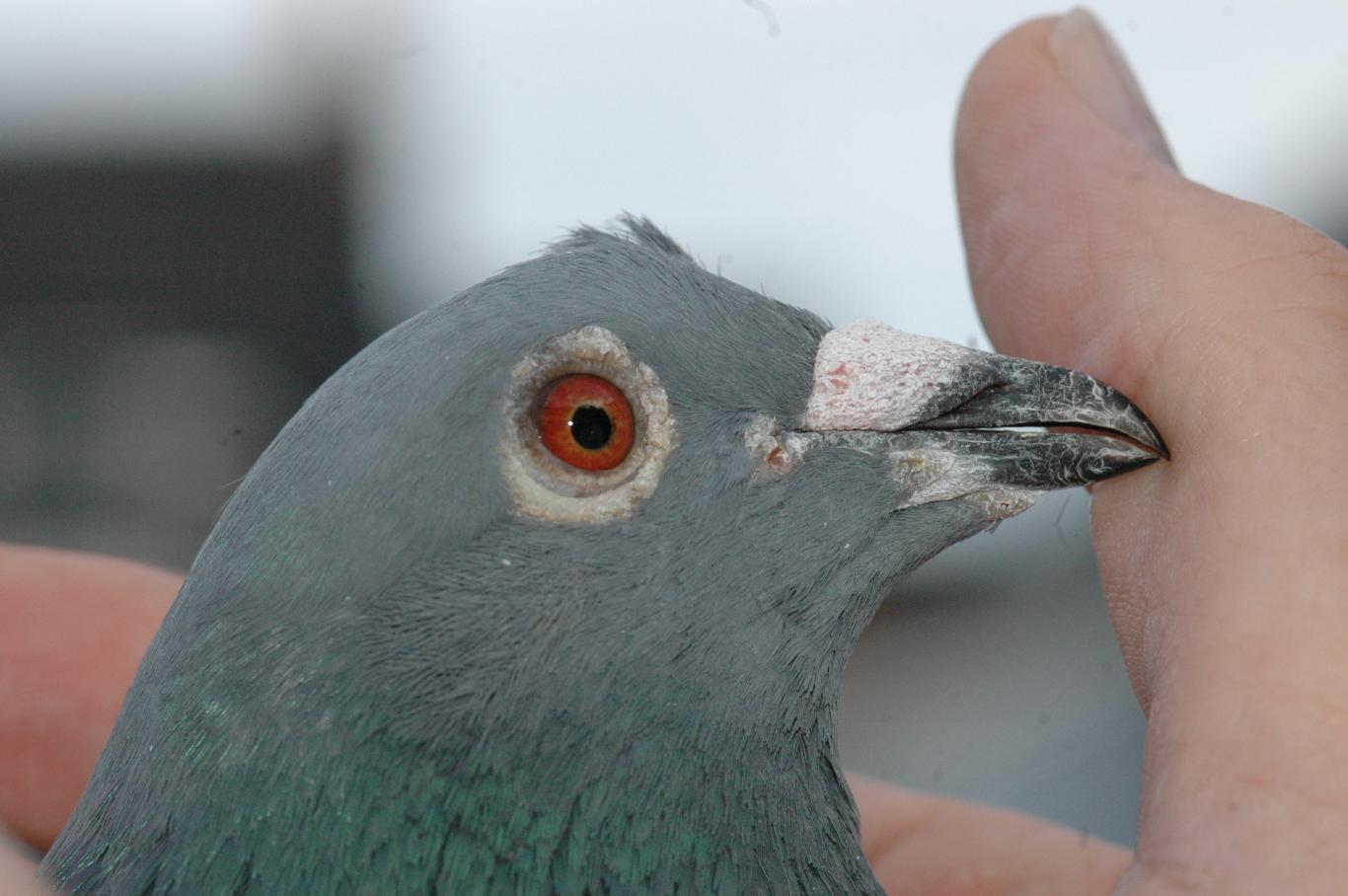 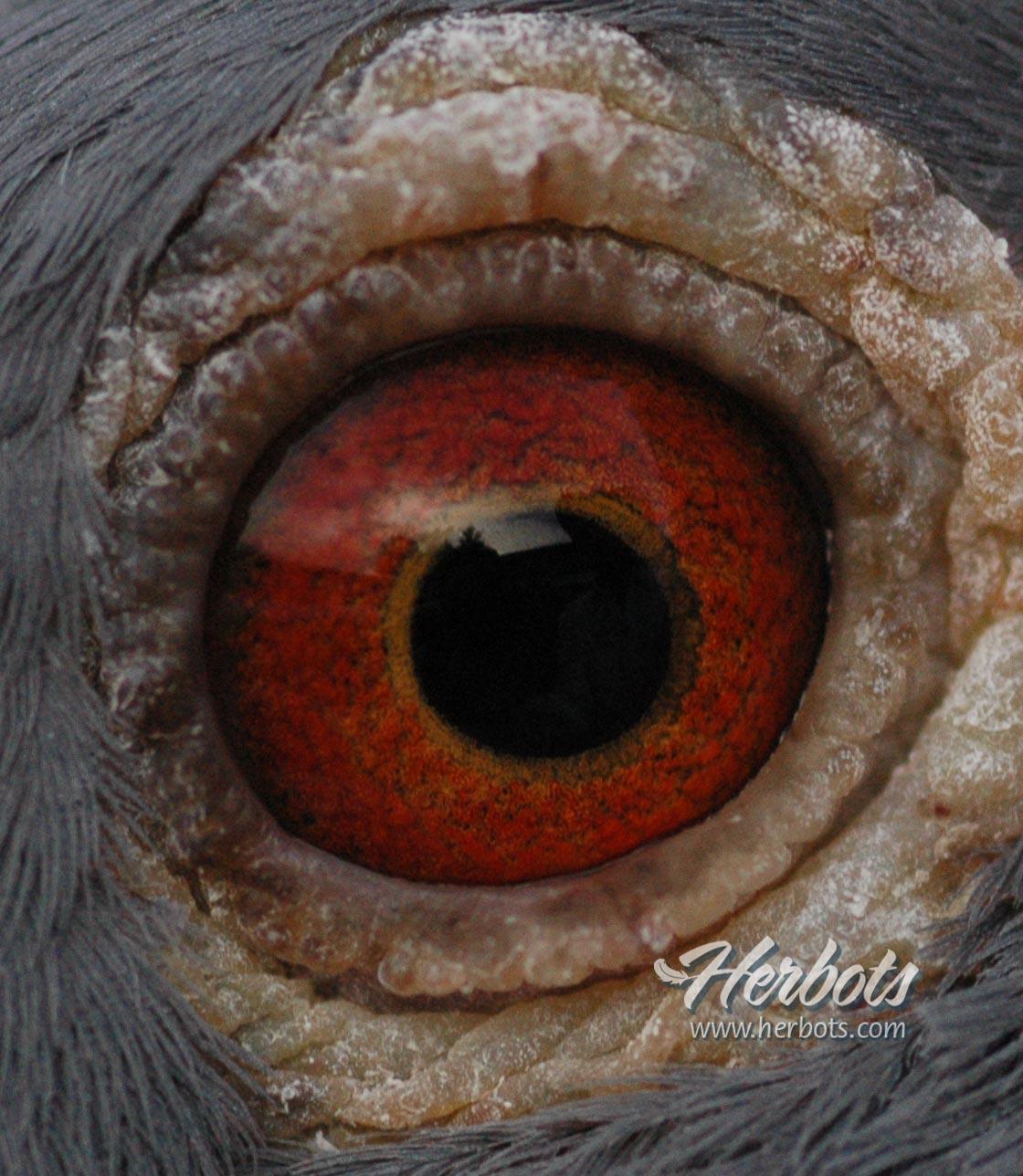