Berlaar: Who in the pigeon world mentions the name of the municipality of Berlaar, makes without knowing it a link to the well-known speed players from this region. Men of the pure sprint, some of whom later also profiled themselves on the middle- and long distance races. Just think of top players such as Gaston Van de Wouwer, Wim de Troy etc...
But also for the long distance races it is apparently not wrong to live in Berlaar. Proof is the performance of Walter Roziers. Walter and his pigeon companion Jan Fierens won national Agen in 2016. At that time it was their shell cock "The Stealer" (B14-6084324) which was the fastest of all 6,748 Agen racers.
Last season it was "bingo" again. This time with "Free Bird" (B17-6038743) who left all 8,839 Brive racers behind at a speed of 1368.39 m/m.

With a group of 50 widowers and 25 hens we play the classical widowhood. National winner "Free Bird" is part of the widowers team and those who think to discover some secret tricks here are completely wrong. Walter and Jan keep it all simple and "back to basic". Healthy lofts create healthy pigeons and as long as nothing is wrong, they don't cure. Twice a year, the man in the white smock is visited and his advice is strictly followed. It is striking that the front of the lofts consists mainly of wire. Good ventilation is important and only at night, during rainy weather or when the wind blows wrong, this is closed.
Via 2 x Quievrain, 2 x Noyon, 2 x Sermaises and Bourges they went to Brive. The question if "Free Bird" was specially motivated, could not be answered. At basketing they are taken from the loft and basketed as calmly as possible. Only when they come home, they get to see their partner.
On the daily menu, there are the mixes from the cheaper range. "We feed from light to heavy," says Walter, "a system that my father Gust devised and that we still follow. Without much ado, we mix by feel and we succeed in doing so."
As far as the hens are concerned, they are first played on widowhood and then, depending on the race for which they are scheduled, they are played on nest.
The basis of the Roziers colony still goes back to pigeons from father Gust, supplemented with pigeons from Walter De Rijck, Jos Thoné and Houben Jef.

Walter Roziers has been racing with pigeons on the lofts of his parents for years, but due to the passing away of his mother last summer, the parents' house will be sold and Walter is forced to sell all his pigeons. 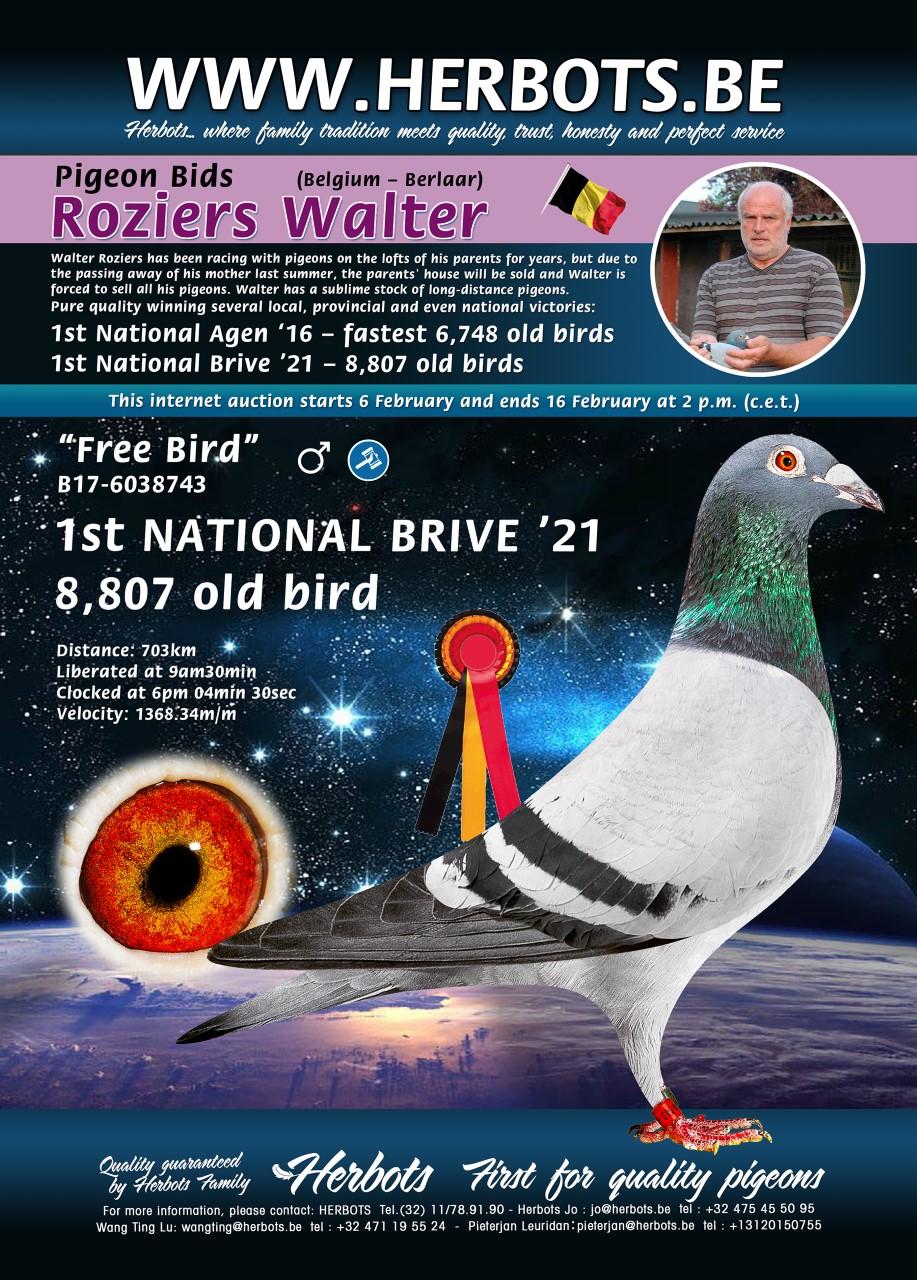 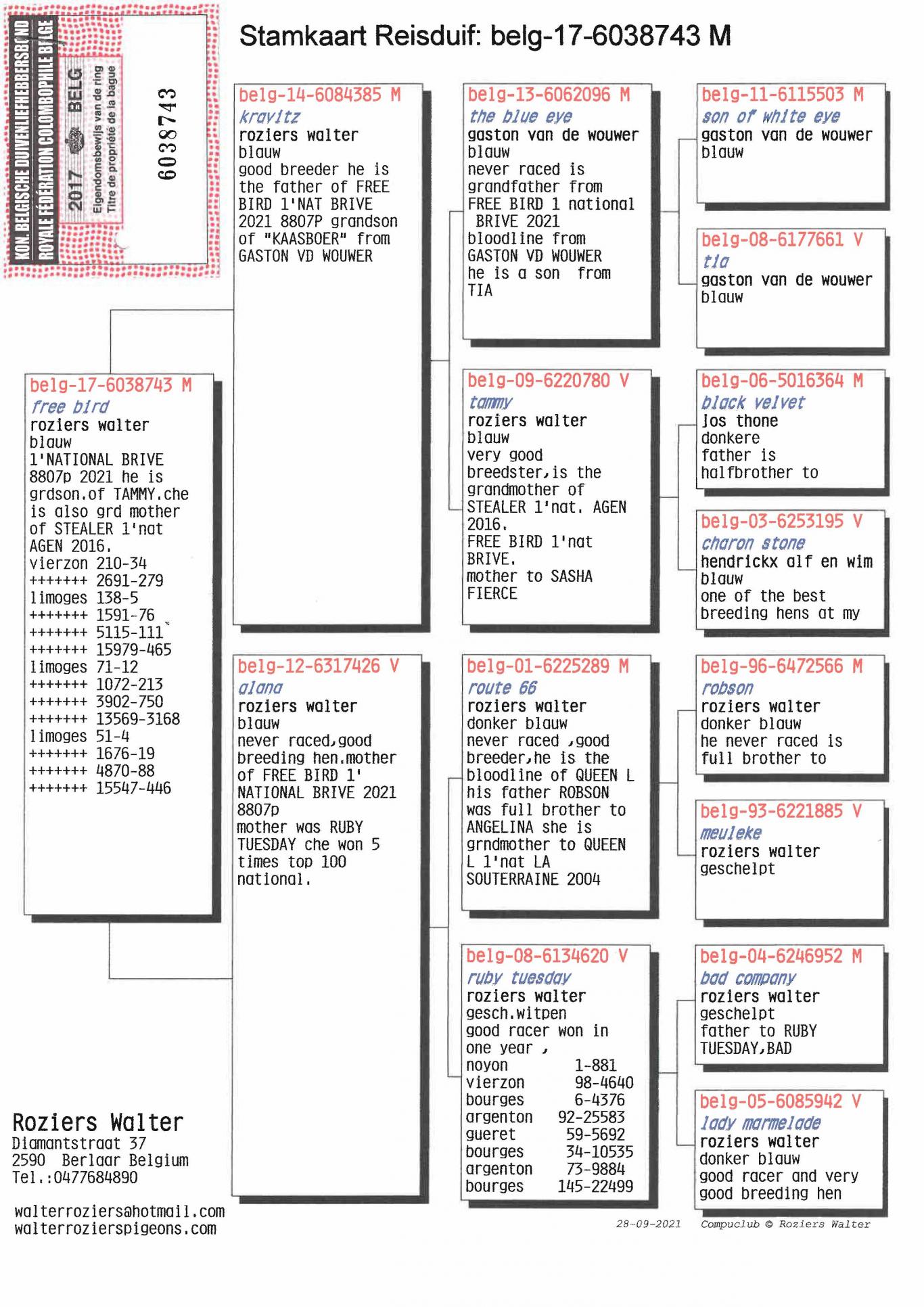 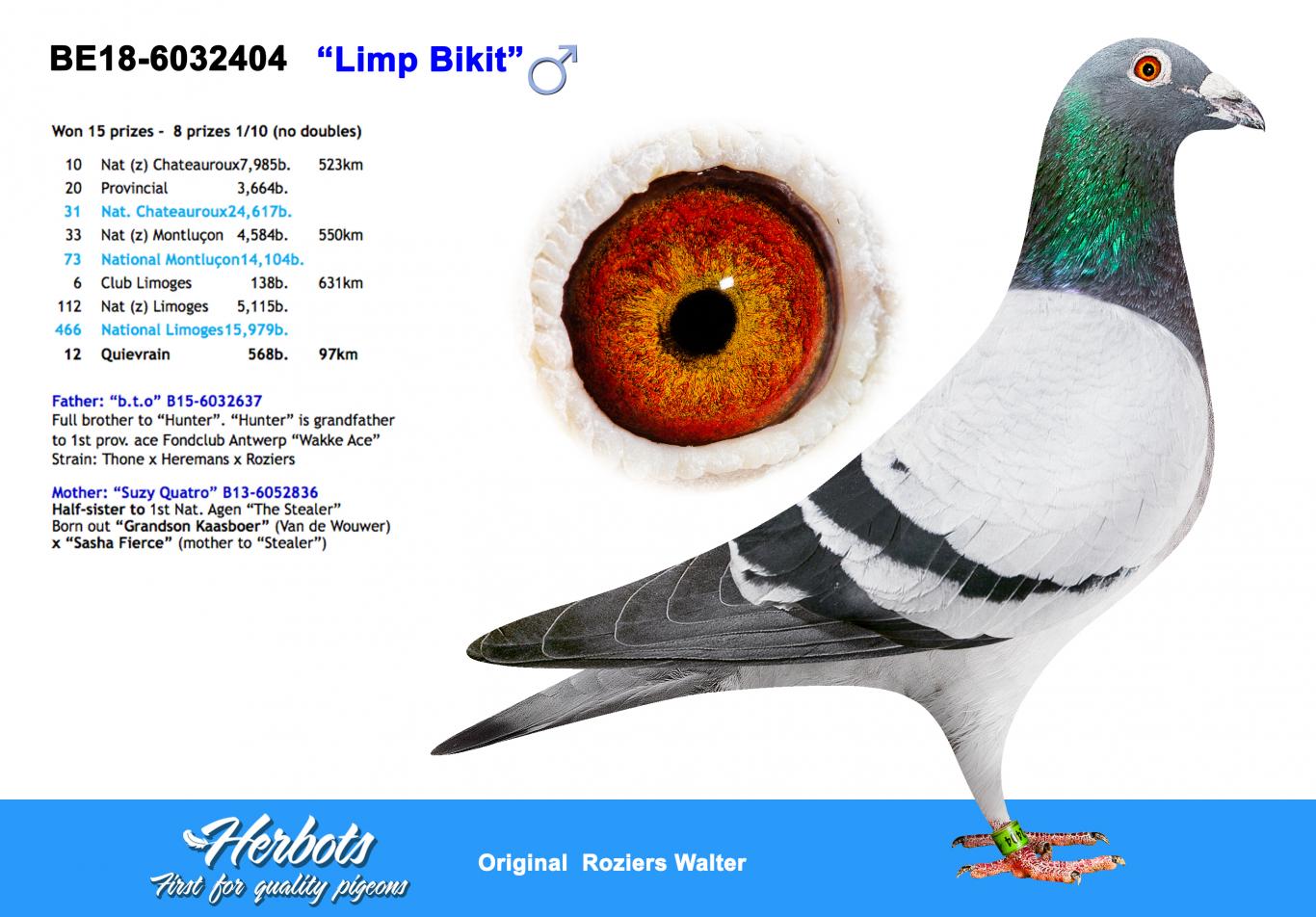 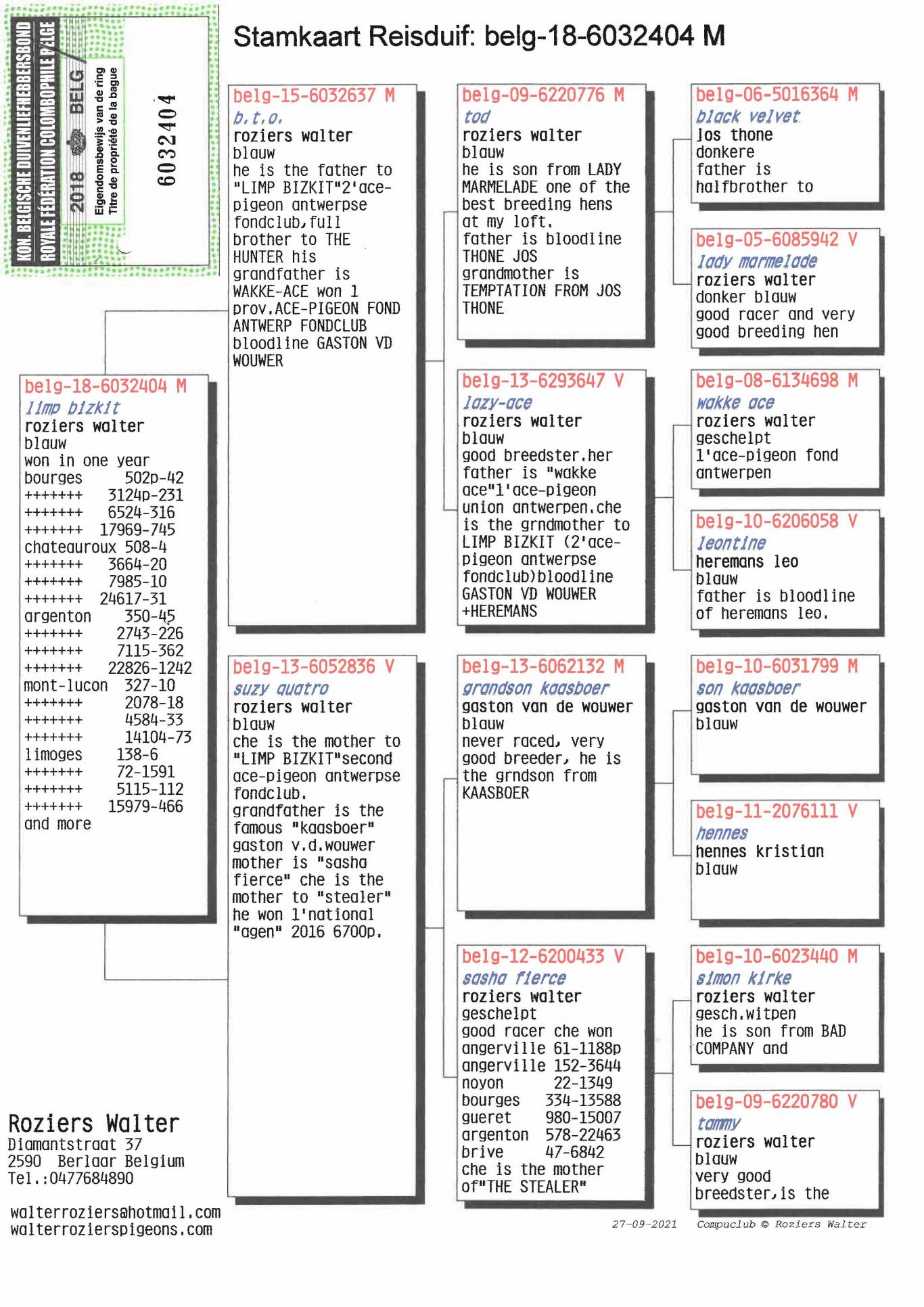 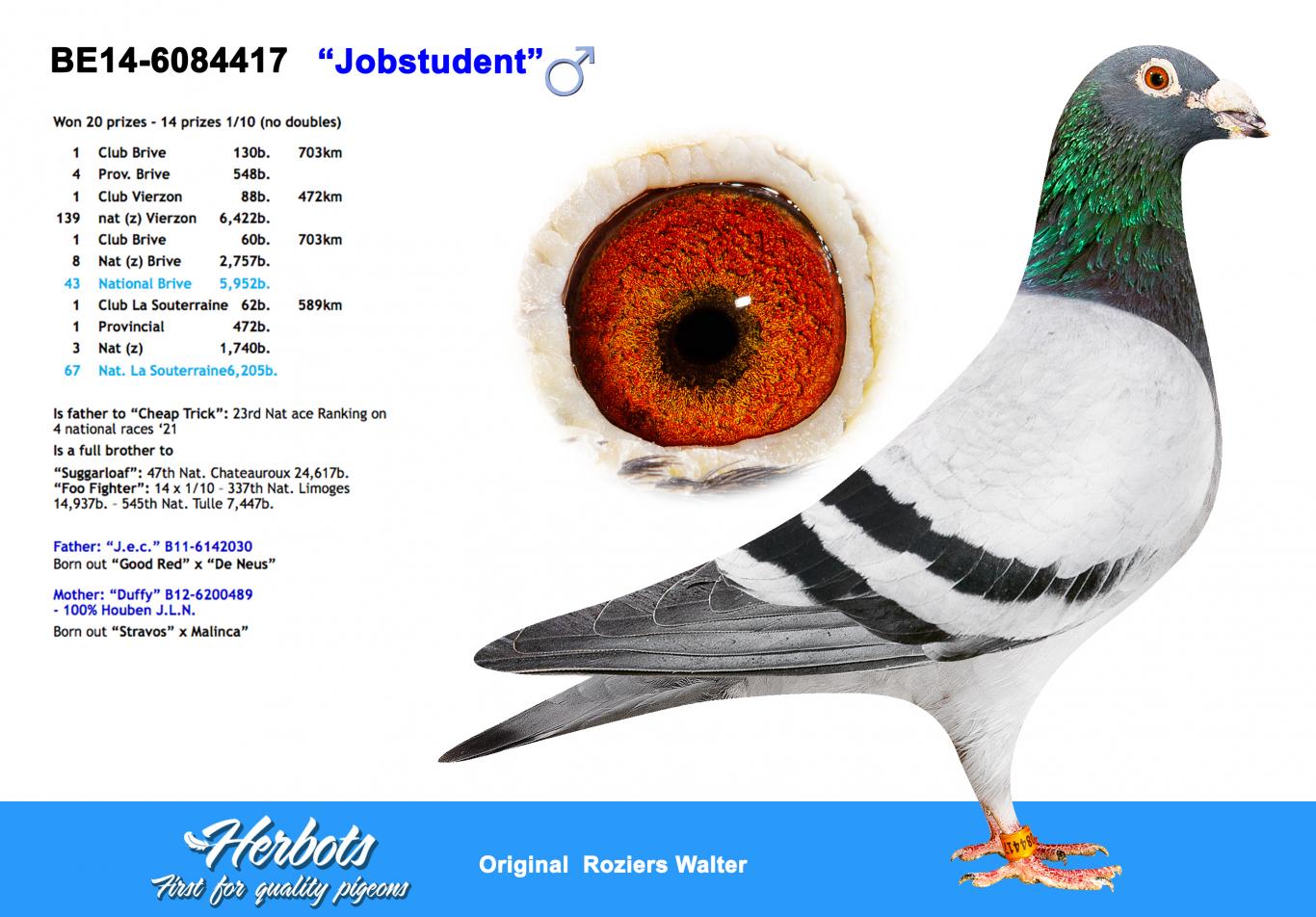 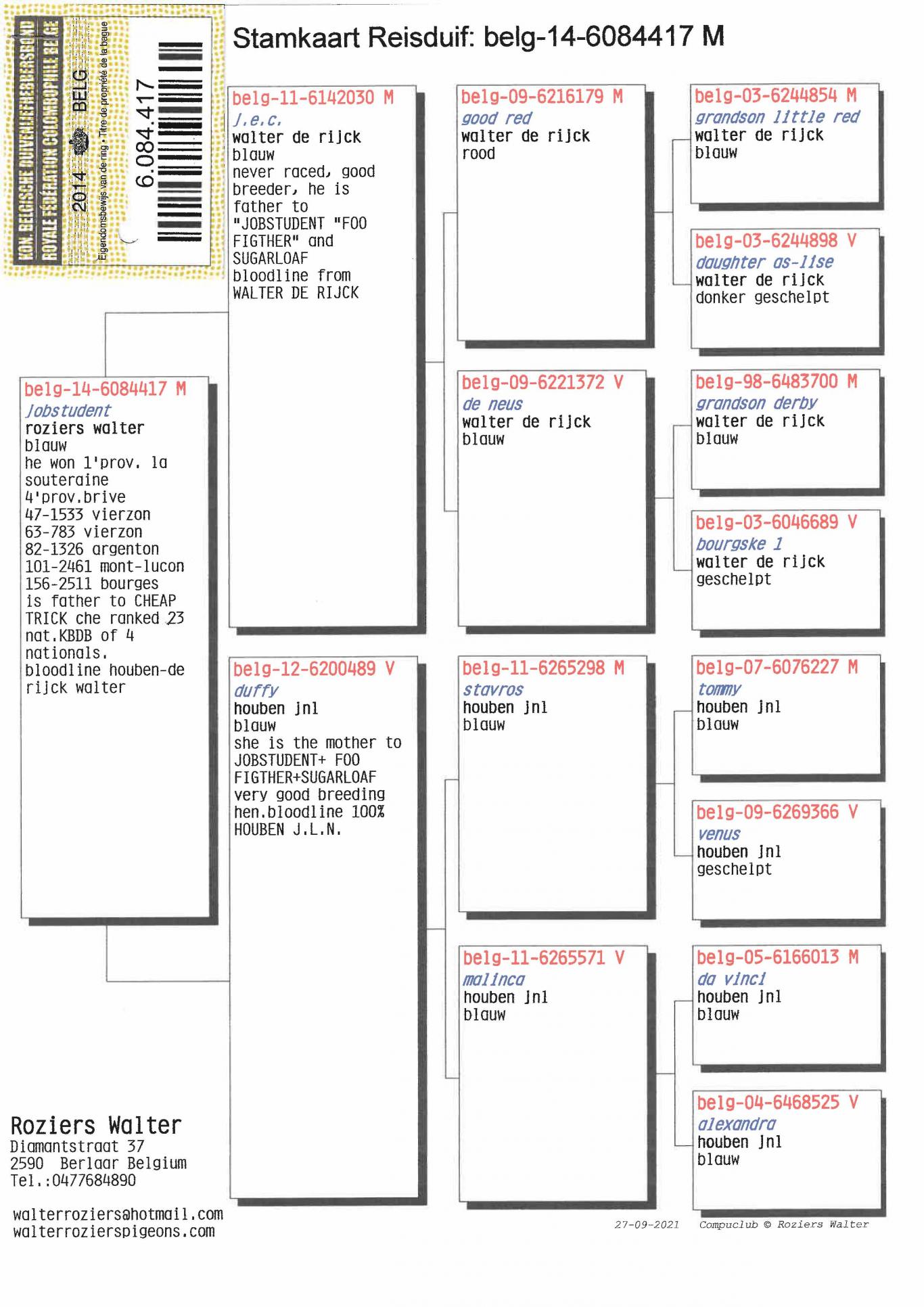 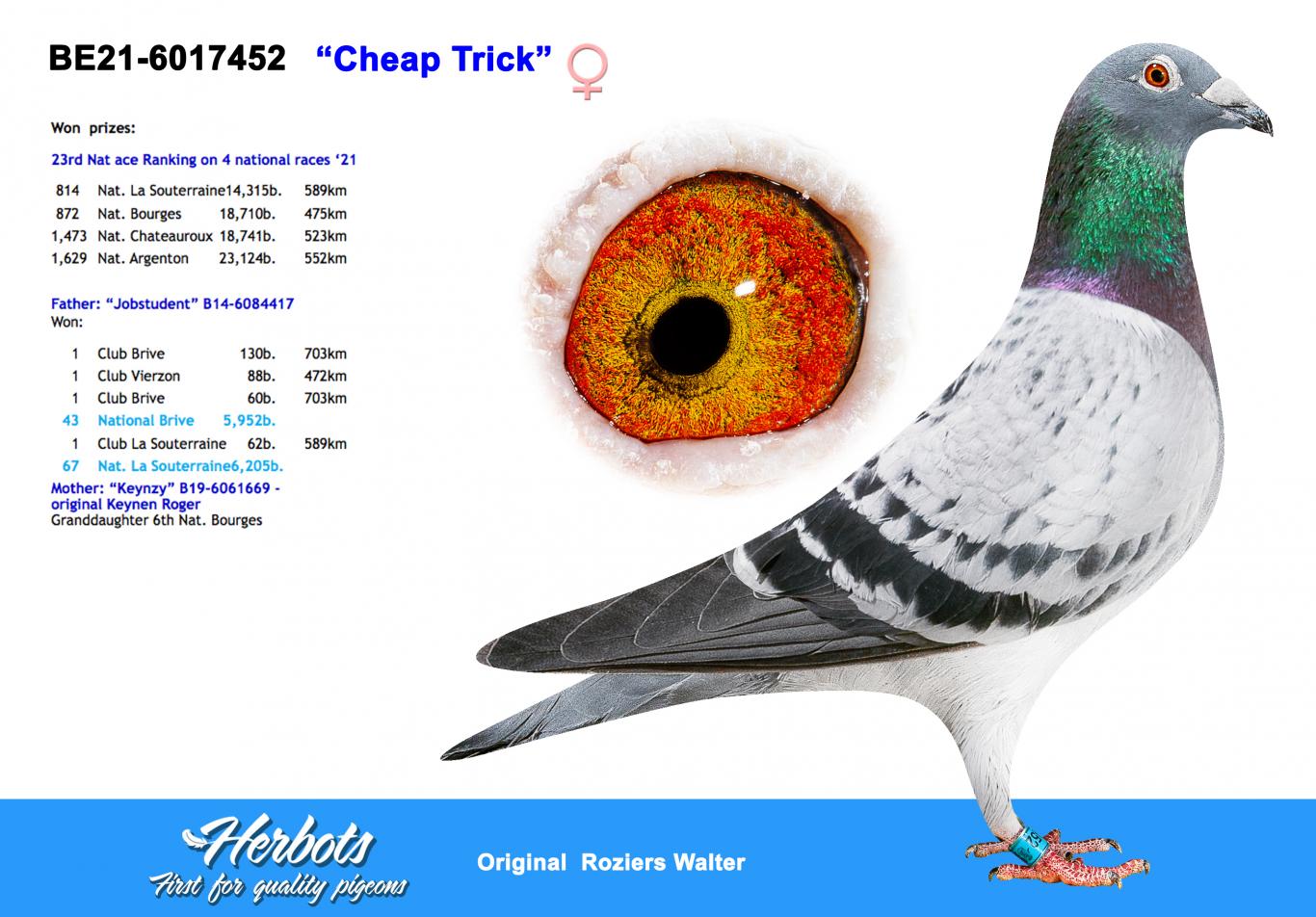 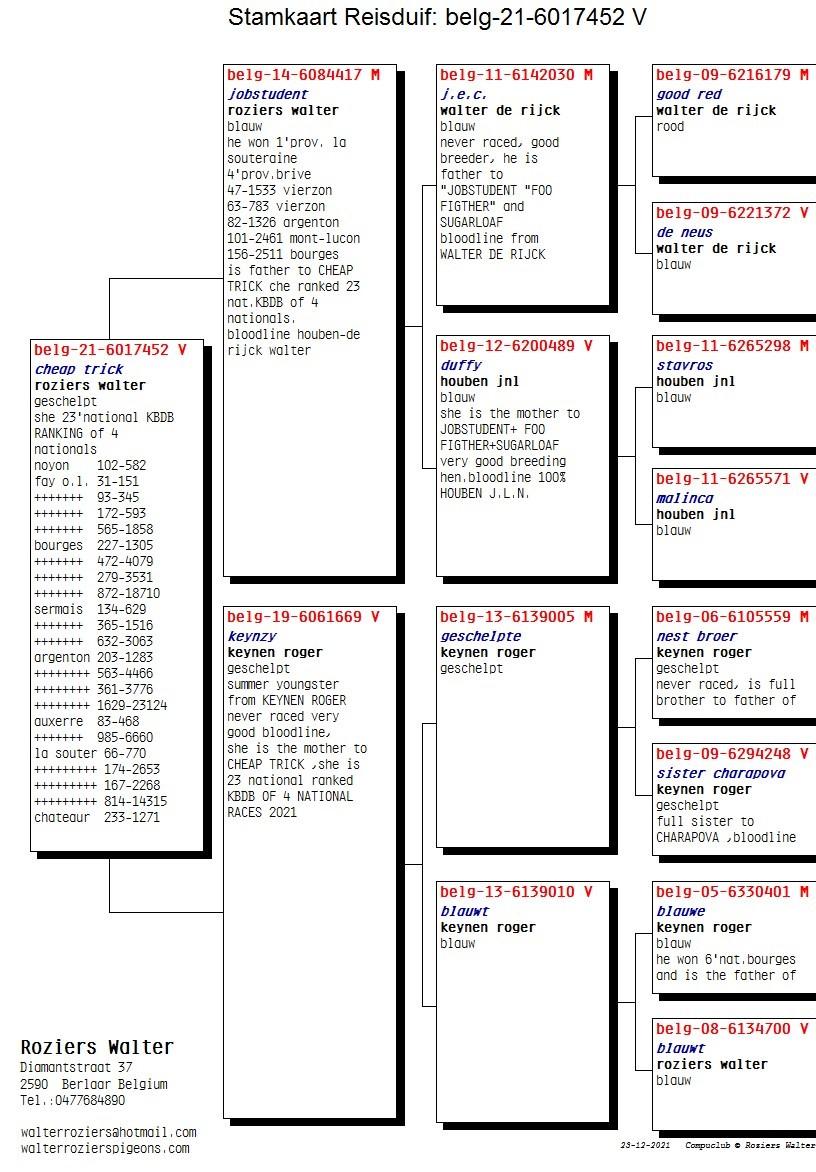 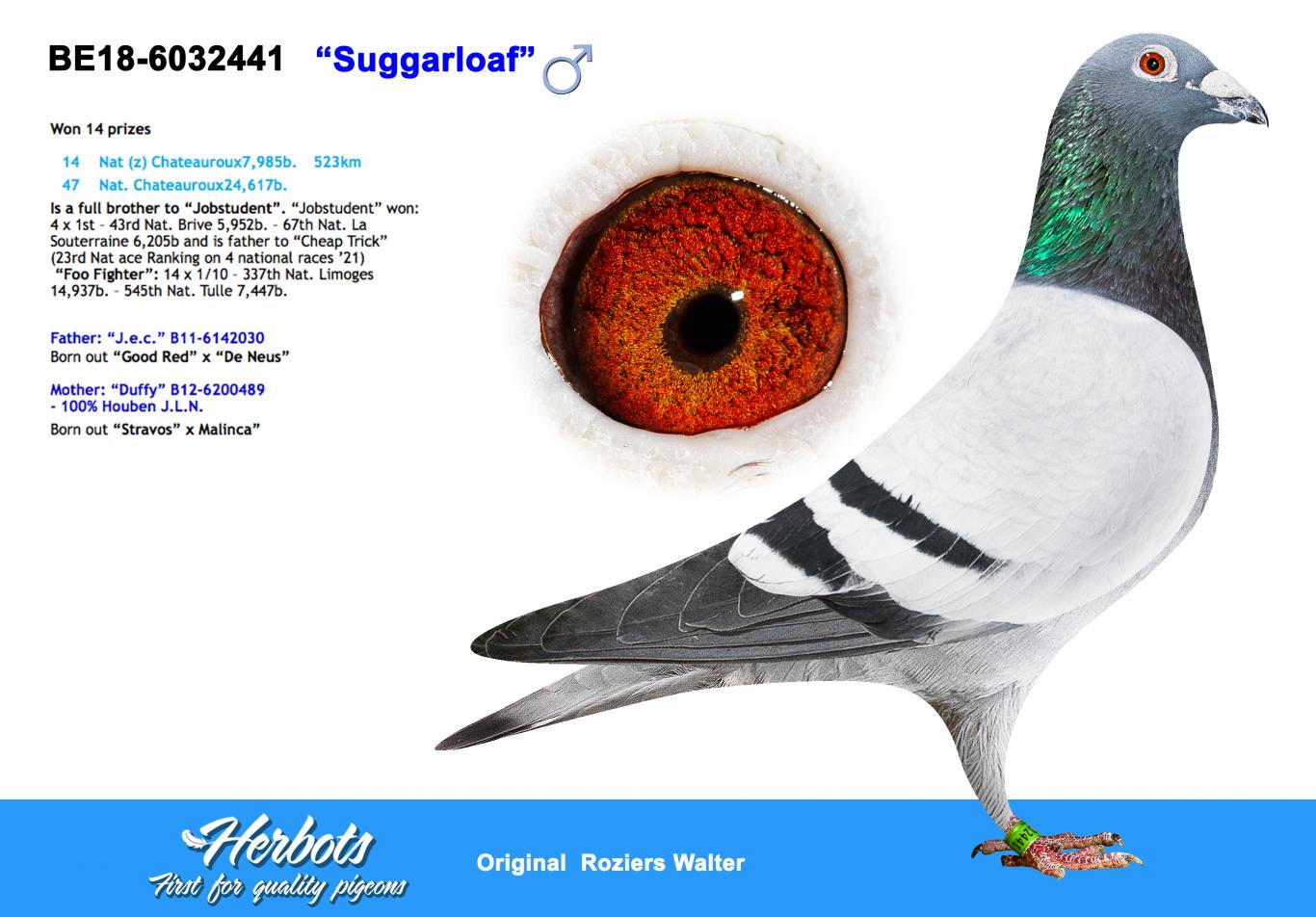 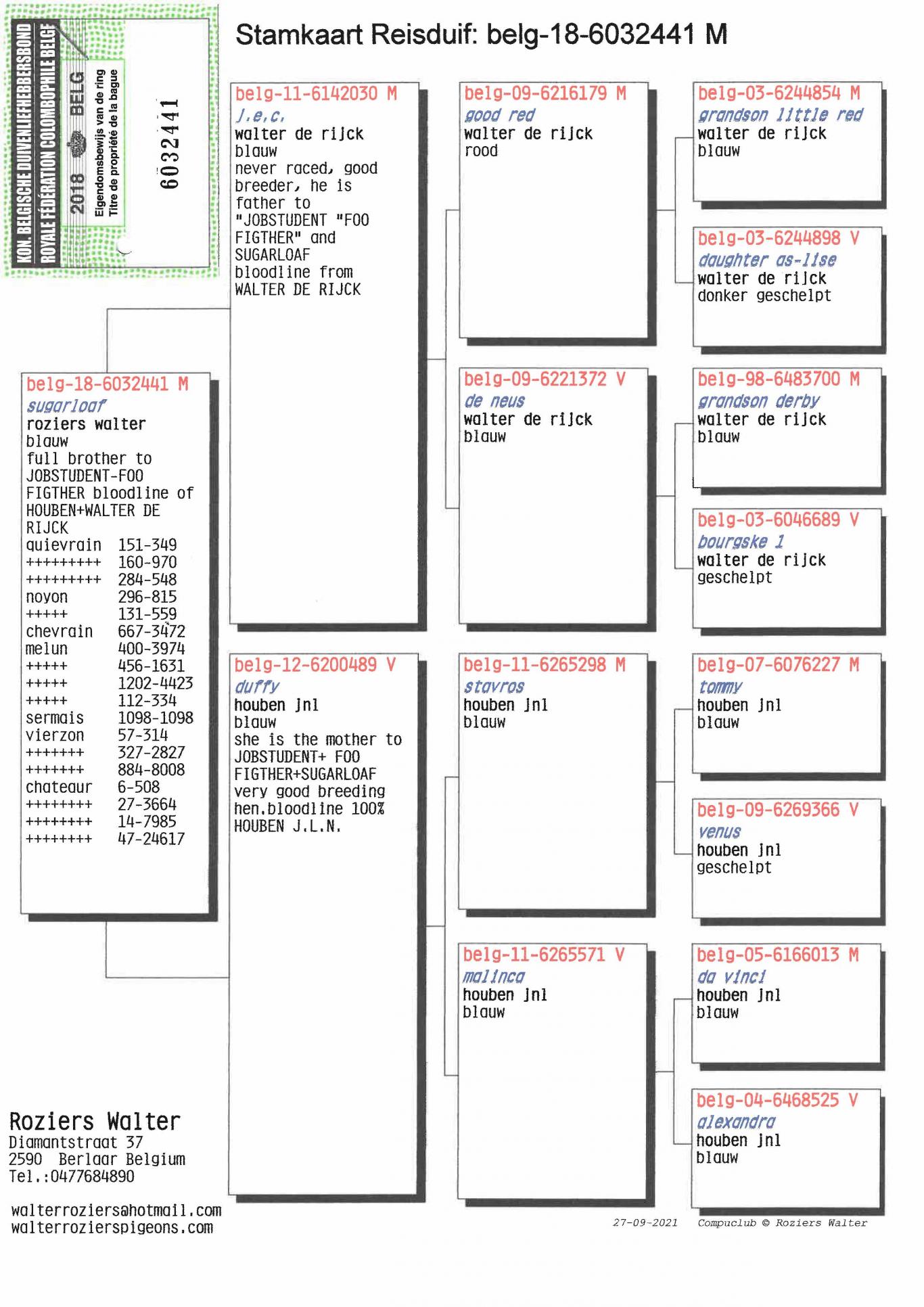 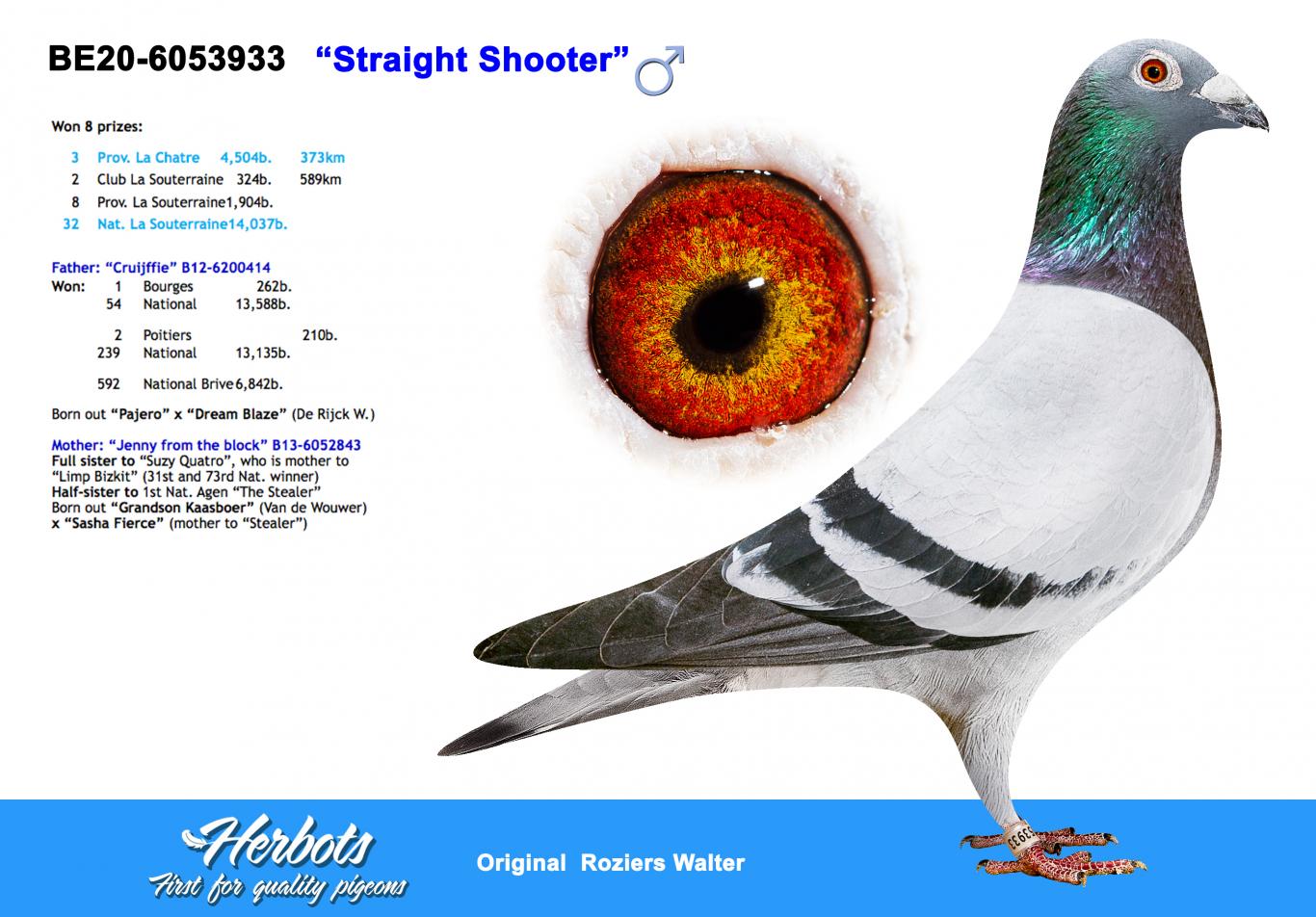 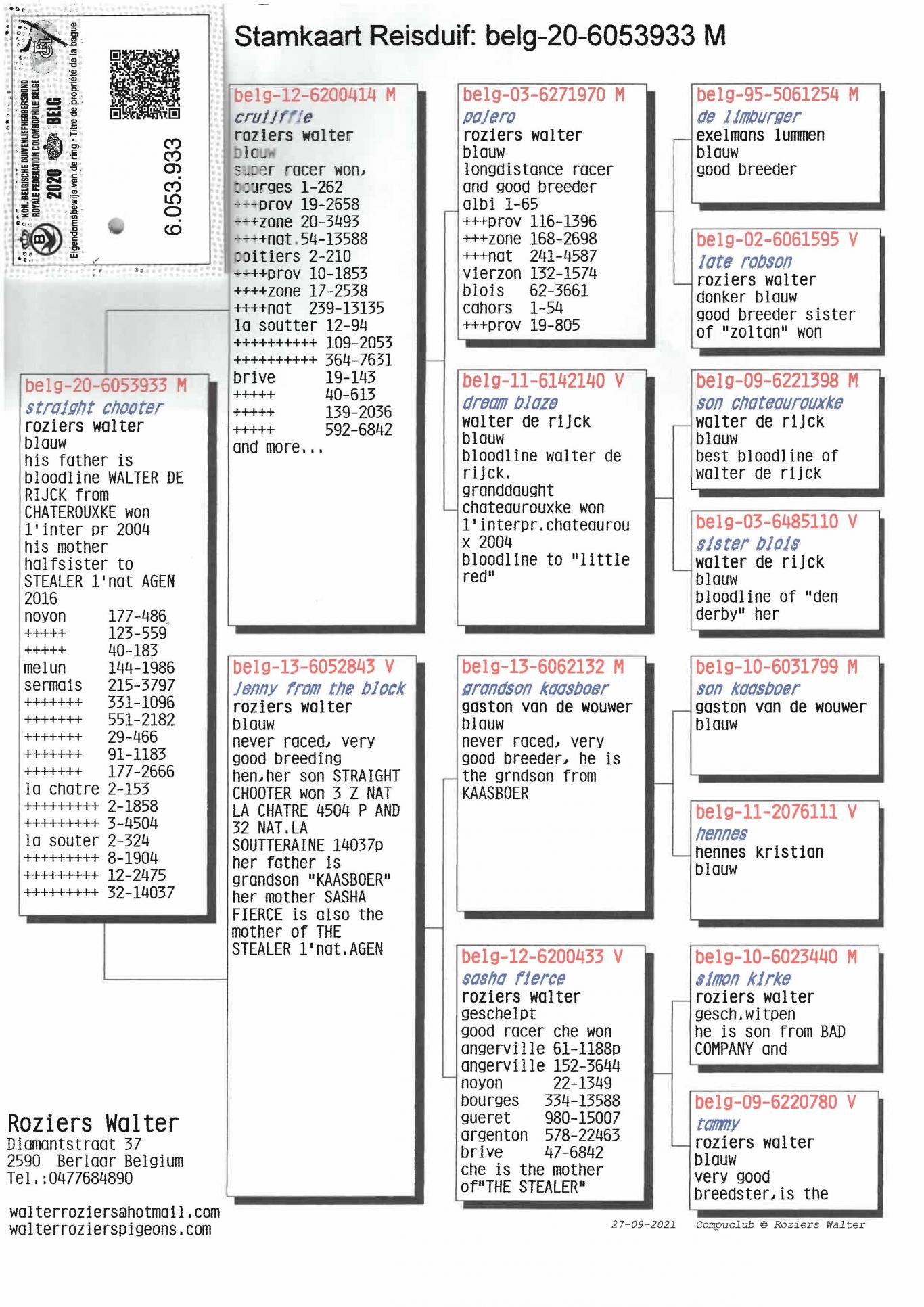 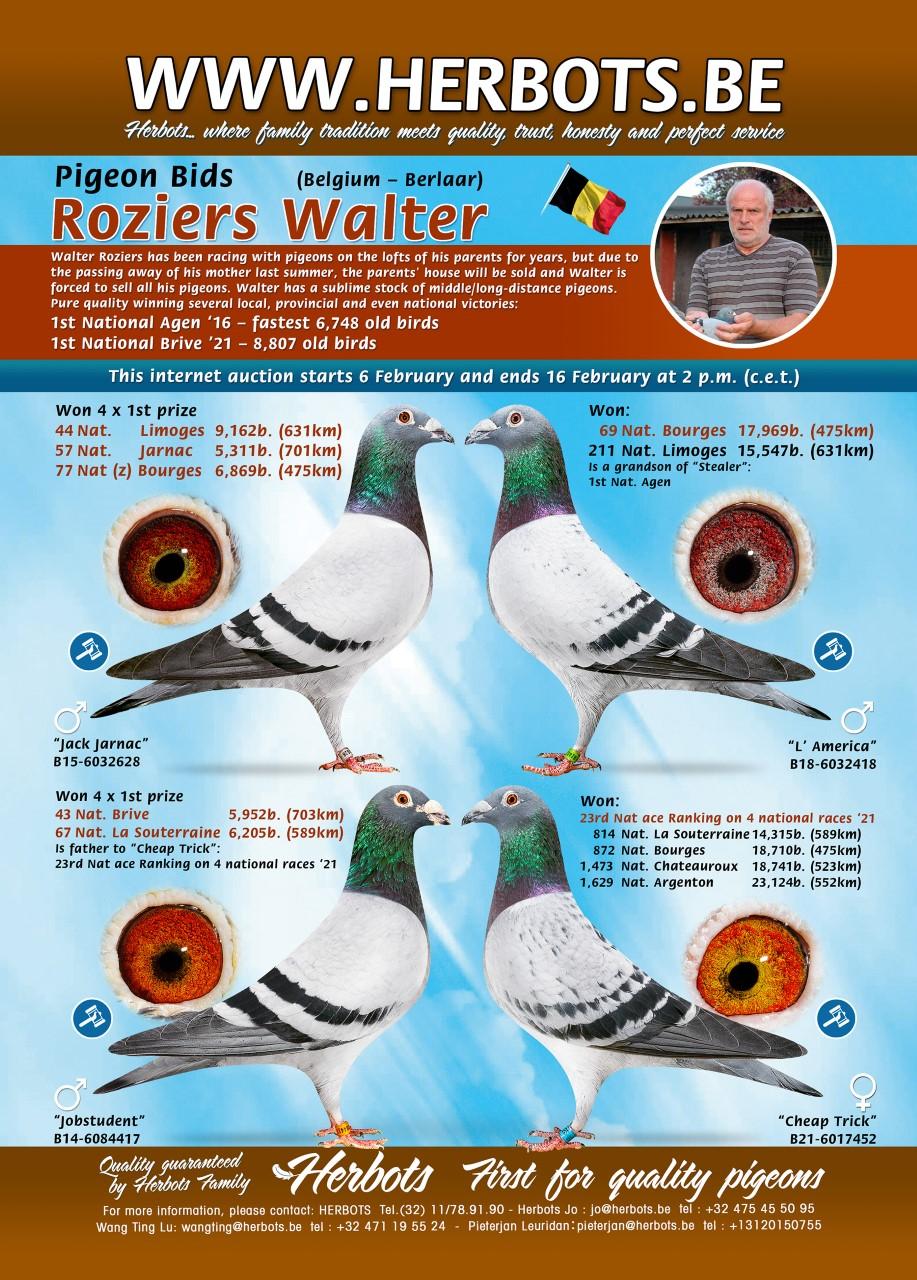