Noël Peiren from the West-Flemish village Zedelgem won his 6th national victory last weekend...After Limoges, Bourges, Brive, Soustons and Barcelona Noël can add St.-Vincent to his richly filled list.
The Noël Peiren pigeons have almost become ‘World Heritage’…they are wanted over the entire world and the master himself proofs every year again that he is absolute the top on the long distance and extreme long distance races. The races he focusses on the past few years are Barcelona, St.-Vincent and Perpignan...since last year he added Agen and Narbonne (this due to the fact that his good friend Gerard Viaene stopped racing pigeons and he shined more than one year on these races….off course with Peiren-pigeons). This doesn’t mean at all that they don’t show themselves on the shorter distances. At the contrary, with nice pigeon weather they show present on these races as well.

*The Peiren family:
Introducing Noël isn’t in fact necessary anymore…it all started in Vladslo..his late father Georges, who has always been a big champion, taught all the tricks to Noël. And with the name Peiren you could go everywhere, this is how Noël visited many big champions from a young age on (especially in West-Flanders, but also crossing the provincial borders wasn’t too much to visit a big champion)…and about all these contacts were maintained, and many beautiful friendships grew. In the meantime things have changed and almost weekly big champions from here and abroad come to Zedelgem to visit Noël . At young age Noël managed to become Champion of Belgium two years in a row…he became General Champion Belgium in 1982 and Champion Long Distance Belgium in 1983.
Along the years many titles and amazing results were added. With ao. past weekend a 6th National victory…but he also won 7 times a 2nd National, and so on….

St.-Vincent 2019, 3142138/2015:
The release of the pigeons were being postponed on Friday as the weather conditions for Belgium, Holland and Germany wasn’t that good during the day on Friday. It was good on Saturday and a rather strong NNE-wind blew over the entire line, against the evening the wind turned to Eastern direction. Due to this the earliest pigeons were expected in West-Flanders…and this is how it turns out to be, a first pigeon was announced at 21h45 at Olivier Deprez from Poperinge (this is the fancier that beat Noël two years ago for the national victory on St. Vincent). About 20 minutes later…at 22h02m45s to be exact, Noël his first given pigeon clocked with a speed of 1,008.9552 m/m. This pigeon, 3142138/2015 won already last year on a similar St.Vincent 2nd regional and 15th national…he then also clocked at a bit after 22h namely at 22h03'23".
In principle the national victory wasn’t sure yet by closing time that evening…the most far distances could still sign up until very early in the morning for a national victory…but as everybody expected, the national victory stayed in Zedelgem.

*System:
Cocks are being raced on the classic widowhood and the hens (mainly on Barcelona) are being basketed on nest…this can variate and could be on eggs from about 5 days breeding to a small youngster. Young pigeons aren’t being trained, as year bird they are being trained well and race mostly 1 or 2 greater middle distance races…this year they all already did a Limoges and can moult out now nicely.
Once they are 2 years old they can do the bigger works and from then on Noël expects results as well…once in a while a pigeons is being kept when they have siblings that have proven themselves before. The pigeons come out the entire Winter a lot..
The widow cocks are being coupled around half of April to be on widowhood as from the beginning of May. Also the Barcelona pigeons are being coupled by that time.
At the start of the season pigeons are being tossed a lot from Templeuve and later also from Péruwelz.
Seen the Barcelona pigeons race on nest, this is still being followed and are being tossed when breeding…but due to circumstances (Noël doesn’t like to drive too far anymore as he only sees from one eye anymore) he tossed them only once this year.

*Season 2019:
The season of 2019 was started of very well, with enough prizes per 10 on the preparation flights. The first big test on Agen was very good…then Barcelona followed…2 top pigeons with 1st Provincial and the 1st given. The race started very good…but after these 2 pigeons it stopped and only at the end of the race Noël got two more pigeons home. He doesn’t have an explanation for this, maybe this is because he only tossed them once after the preparation flights.
One week later it was St. Vincent…and here Noël won his 2nd provincial victory of the season and a 6th National victory!
At basketing for St. Vincent Noël was still discussing his Barcelona… the worst Barcelona he had in years, and said that his provincial victory was a bit of a consolation prize.

*Secrets:
A secret…no, we don’t have a lot of secrets here.
-Noël works hard for honesty and correct treatment…only then you can go and get something back in confidence what is good.
-Keep pigeons as close as possible to nature and stay away from medicine otherwise you can’t stay at the top..
-Good pigeons and especially place top pigeons on the breeding loft.
-Sick pigeons are being taken out, a first selection happens at weaning where nothing can’t be wanting…during the season on less healthy pigeons are taken out as well.
-The entire year through they get a moulting-mixture, they find in this mixture all they need. During the season a little bit of race-mixture is being added.
-At arrival they get electrolytes in the water for a fast recovery..

And also the full respect for his wife Liliane who keeps the bookkeeping in perfectly in order…with pen and paper.
Again a big congratulations Noël and Liliane! 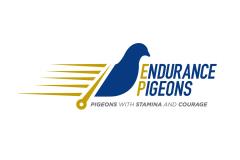 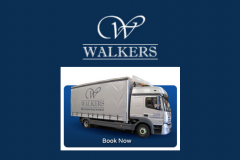 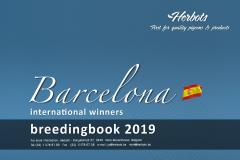 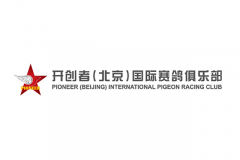 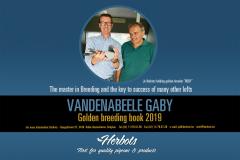 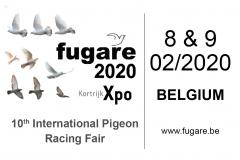