Templeuve: We went direction the province of Hainut and more specific to Templeuve to visit the national winner Chateauroux (replacement of the programmed race out of Gueret). We are meeting with Christophe who continues racing on the lofts of his parents since father Arthur passed away in April. Christophe has his own colony 3 km further but now all the attention went to the widowers team from late father Arthur.

On the lofts behind the parental house is only being raced with widowers. The season was started off with a group of 48 cocks and at the moment stil6 37 boxes are opened. The races from the greater middle distance and long distance (Limoges/Brive) are the goal.
They were coupled on January 1st and could raise a couple of youngsters. Only during training they could come together for a few days so the widowers got hang of the game really quickly.
Due to lack or time, Christophe also works full time on a daily base and has to take care of his own pigeons as well, is the pigeon game being kept as simple as possible. The widowers train, if possible in a matter of timing, twice a day. Drinking is out of one drinking pot and food is being given in one feeding trunk. In a matter of food the mixtures of Colombi are on the menu. Christophe works with a protein poor-, a recuperation-, a widowers- , and an energy mixture. “When I feed them I always give them a lot” is what the national winner tells us “we don’t look on a gram more or less”.
In a medical way they keep the closet closed as much as possible. The vet is seen only for the obliged vaccinations. During breeding I cleared all pigeons from trichomoniases and since than they didn’t have a treatment anymore. “I do give them every month during about 3 days a natural product from Red Animal namely “Trio-Mix”.  According the description this product would be against trichomoniases and is based on herbs, etherical oils and organic acids. Against ornithes we treated during 6-7 days with a product from vet Schroeder after La Souterrain. La Souterraine wasn’t a good race and this is how we saw that their condition could use a ‘push’ to get back on track.”

On the question whether the national winner was motivated in a special way is something Christophe couldn’t answer to immediately. “The widowers are being basketed always really quietly. Only at arrival their nest dish is waiting as well as ‘madame’. Maybe something happened that I didn’t see as his arrival was one out of a book. Just as if the devil himself was chasing him. I still get goose bumps when I think back on his arrival.”
A detail that can count is that the national Chateauroux winner “Arthur” (B19-1084733) is a full brother to the 2nd national Chateauroux 2018 against 13,086b. Winning national head prizes is in the family as the father to both top pigeons won 9th Nat. Montluçon 11,056b., 38th Nat. Chateauroux 6,850b. , 65th Nat. La Souterraine 11,236b. and 70th Nat. Montluçon 14,230b.
Need there be more sand! 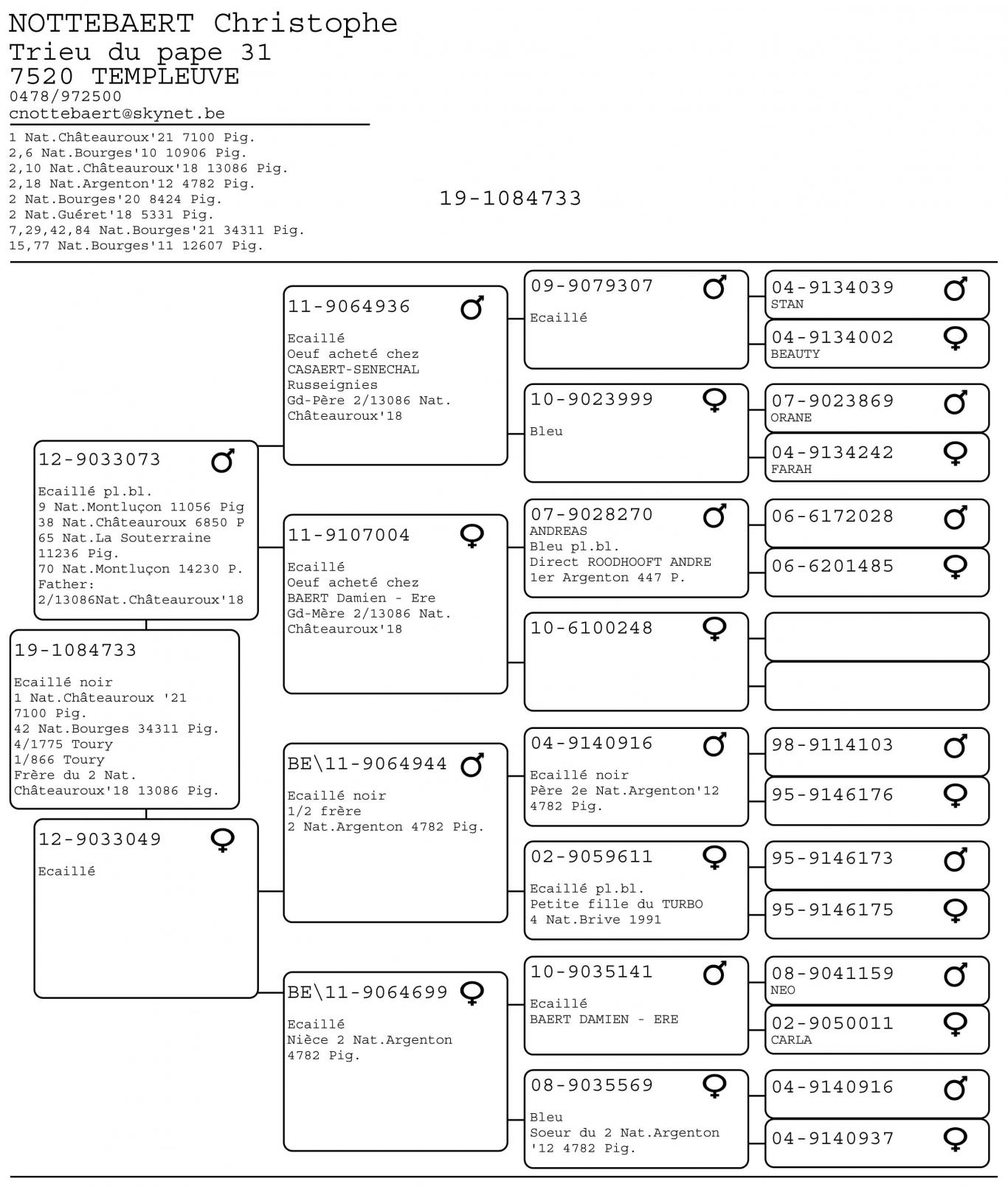