Zonhoven: To be able to congratulate the first national winner of the season we had to, as expected, drive direction province of Limburg. Zonhoven…in the shadow of the better known city Hasselt…has a national winner. Retired teacher, Jan Moors, stays despite all the fuzz that a national winner brings along very calm. He enjoys every moment and stays very calm when the phone keeps on ringing and the garden is full of visitors.

And this is how we get to the national winner. “Den Bourges” B18-5057065 is part of a 23-headed widow cocks team and got his fire baptism on national level. Apparently not a problem for this blue cock as with a lead of 41 m/m he left all the participating Bourges pigeons behind. As an arrow he came out of the sky and didn’t waste a minute to be clocked. Asking Jan whether he was motivated in a special way there wasn’t an answer. “Not that I know off” and I surely didn’t trigger him in a special way as otherwise I wouldn’t have given him as my last signed pigeon.”
To be clear…I never motivate my widow cocks before basketing….I never show their hen, only their nest dish in the box. At arrival their ‘lady’ is waiting for them and they can always stay together for about 4 hours.

Pigeon sport at the Moors’ house is ‘enjoying’…it is and stays a pure hobby for the Moors family and from the first question on Jan told us not to expect a special method of care or other theories. The widow cocks were coupled on the 2nd of February and could only breed. Widow cocks never raise youngsters before the start of the season.
In a matter of care the mixtures from Beyers are being given. At the beginning of the week “Galaxy Light” to switch on to an ‘Energy’ mixture. At arrival they get “Tollyamin Forte” in the drinking pot and that’s it. Also in a medical way a vet won’t get rich from Jan. Only for the obliged vaccinations the vet is being consulted and no other medication is given (nor against trichomoniases, nor against ornithes).

Jan build his strain especially on pigeons from Jef & Jo Claeskens (St Lambrechts Herk) and Valère Magchiels (Koersel). Also the national winner is a crossing from pigeons from these two fanciers.

Very nice to see that pigeon fanciers who follow this simple way of working can also win a national race in our so beautiful pigeon sport.

Jan…again a big congratulation from the entire Herbots team 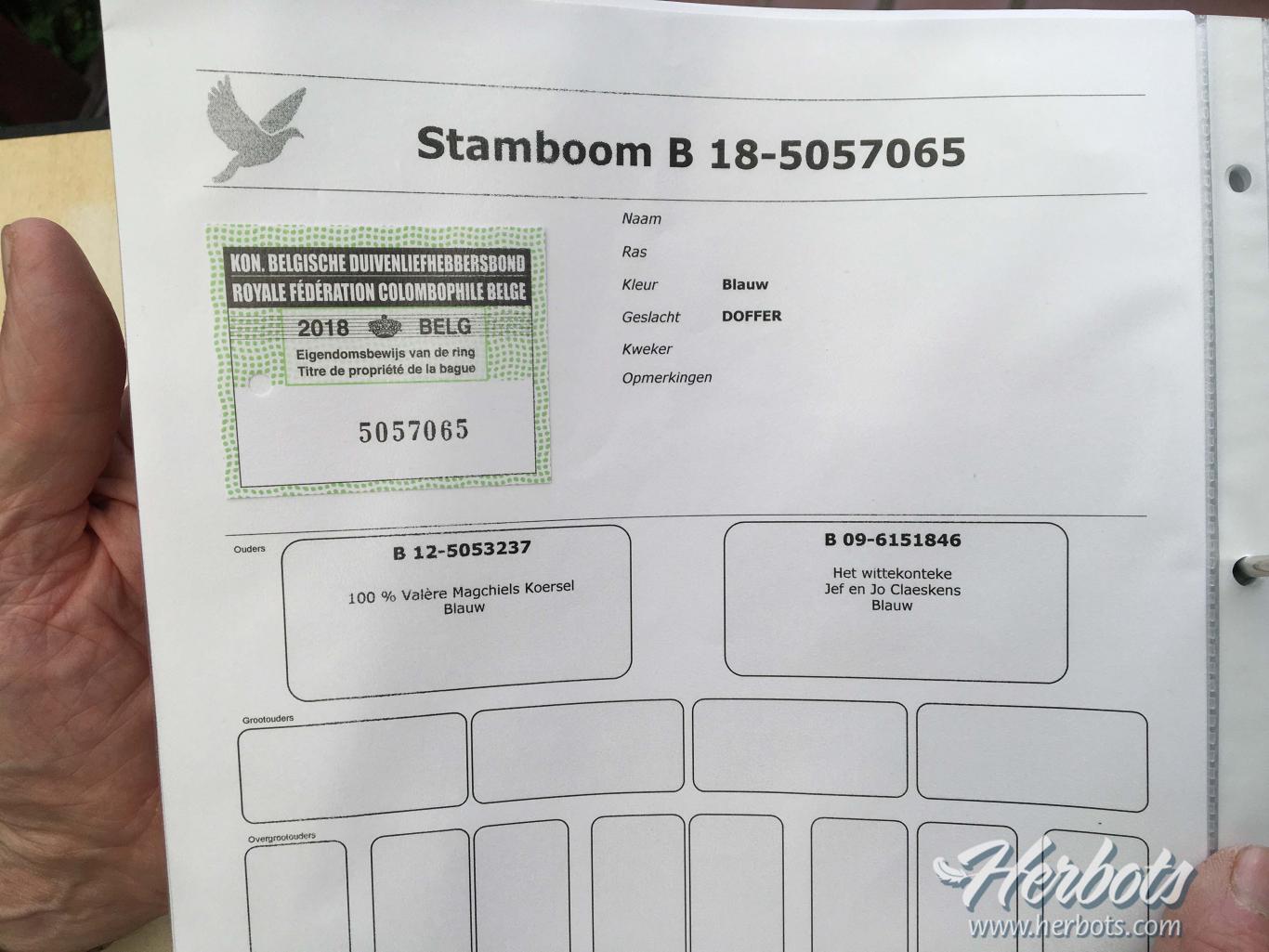 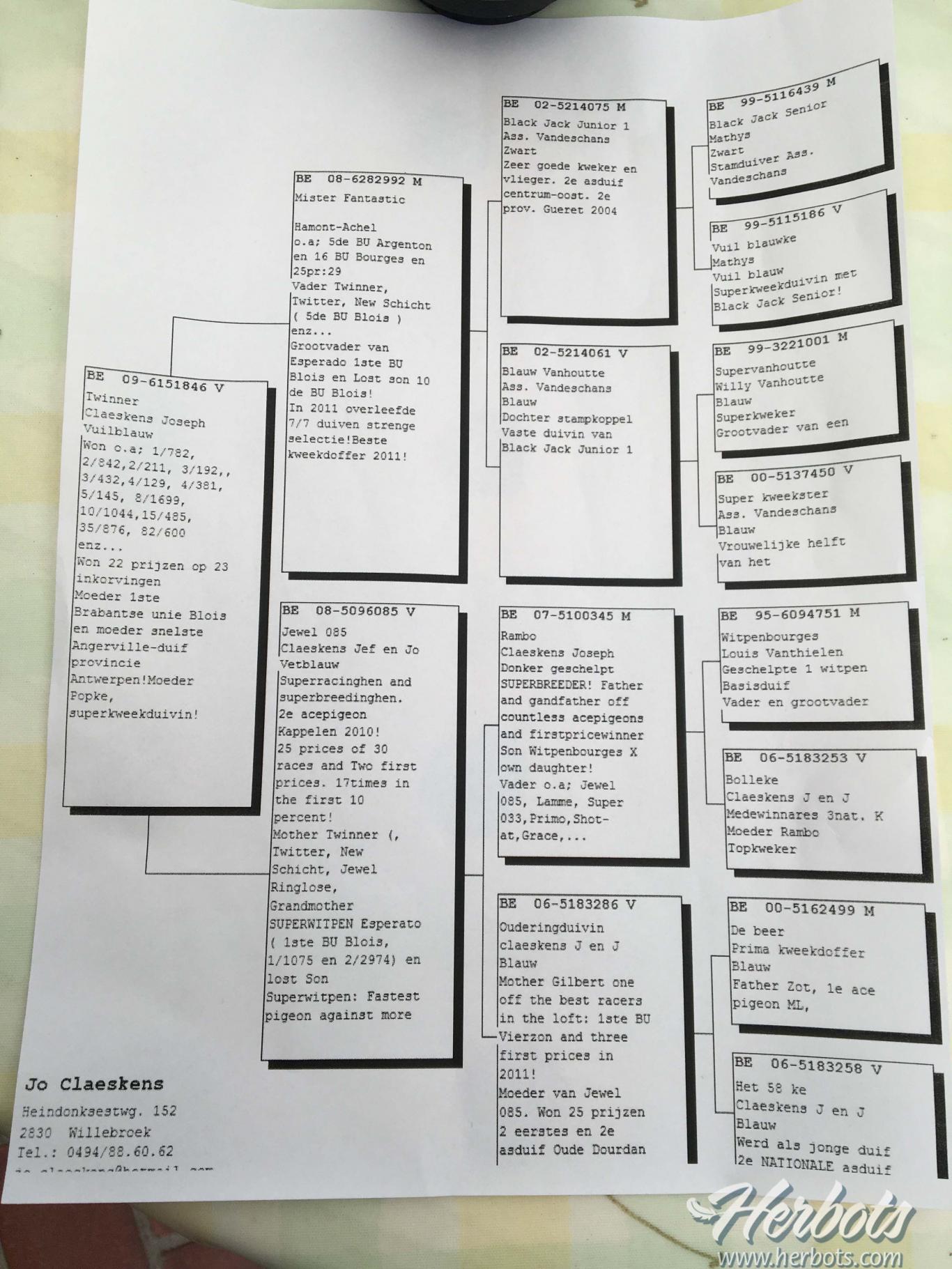 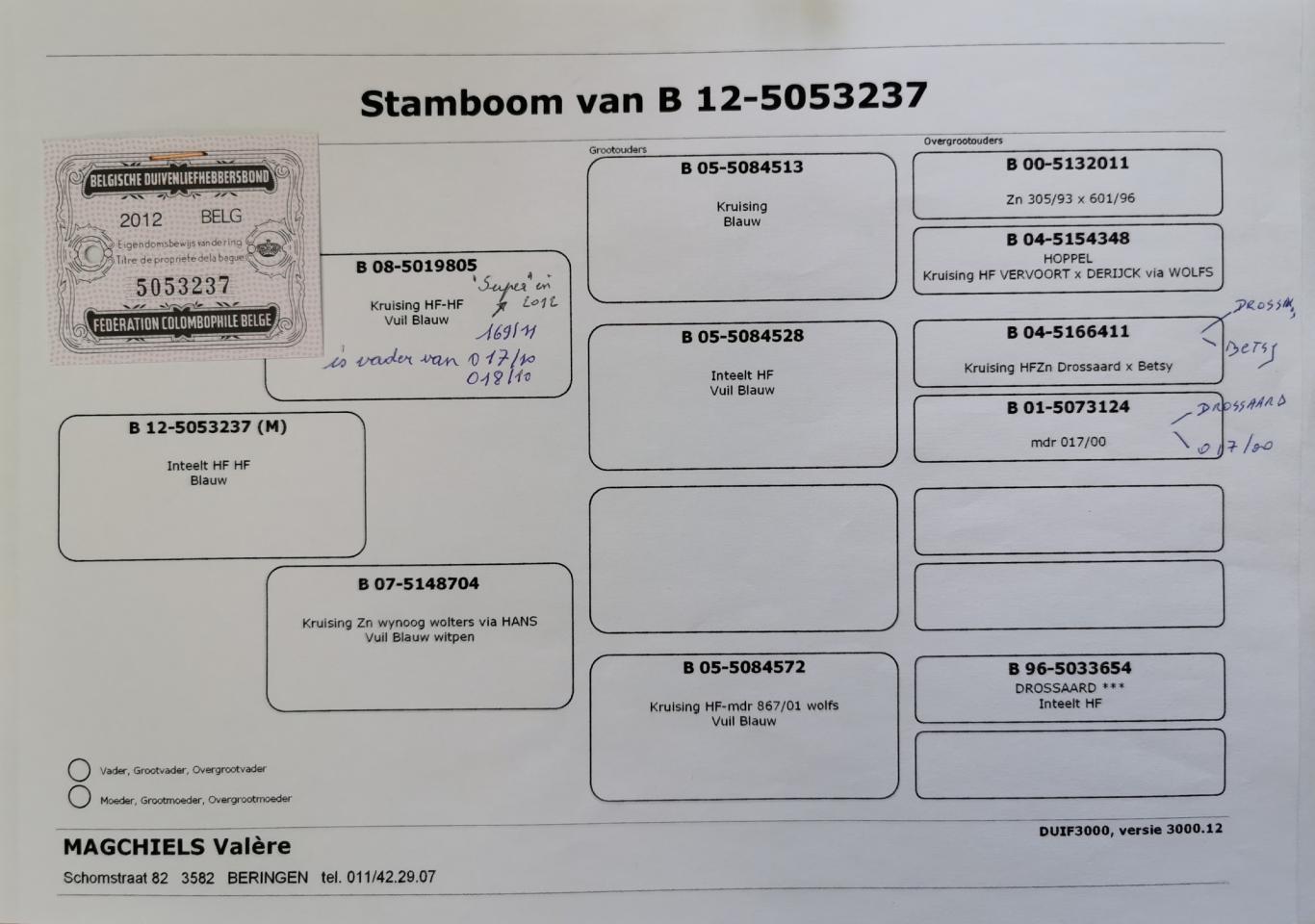