When husband and wife are crazy about the pigeons and you meet each other in this world, something beautiful can come out of it. This was the case for Koen Stevens and Kelly Wettinck who each used to play separately but since 2018 they practice the pigeon sport together in Kelly's home base. They look at it mainly from the fun side of the hobby, especially seeing pigeons train and come home and having a drink around the table with friends. At home, each has his own task, Kelly is mainly concerned with the youngsters while Koen takes care of the widowers and the breeders.

But what prevails in Serskamp is the motivation, they both want to have very good pigeons and compete every week for the win. That is why they went looking for national ace pigeons or to get children or brothers/sisters from these top pigeons. To whom did they go to get something super? Some great colonies are doing very well here. At this moment, there are 30 direct Leo Heremans pigeons on the breeding loft ( especially the lines from Rossi x Spinneke, Nieuwe Olympiade and Bolt are doing very well here) 2 children from Nieuwe Kittel from Dirk Van Den Bulck , the "Kannibaal" and "Olympic Niels" line from Dirk Van Dijck with at last the contribution of Paul Huls. Also from Halle Booienhoven came from the Herbots family some toppers which will be tested extensively now. Why this last contribution ? Mainly with the intention to compete on a national level. There is no lack of ambition.

Biggest success on another loft

Until now, we only play with widowers. Mostly 28 of them ( 8 old and 20 yearlings ) where the least of them raise in winter the eggs of the first round of breeders. Afterwards they are coupled at the beginning of March for another 4 days and the season can start for them.

The widowers are racing every week until the end of July. Then we know who will survive and who will not. They have to fly 6 times per 10 or they don't stay. Every year we try to make the selection stricter and stricter so that it gets better and better.

For the motivation, we apply the real old widowhood. They get to see their hen for 5 minutes before basketing and then everything is taken away. When they come home, they can stay together for 2 hours and after that, they are calm again on the loft.

Some toppers from this colony which are in auction 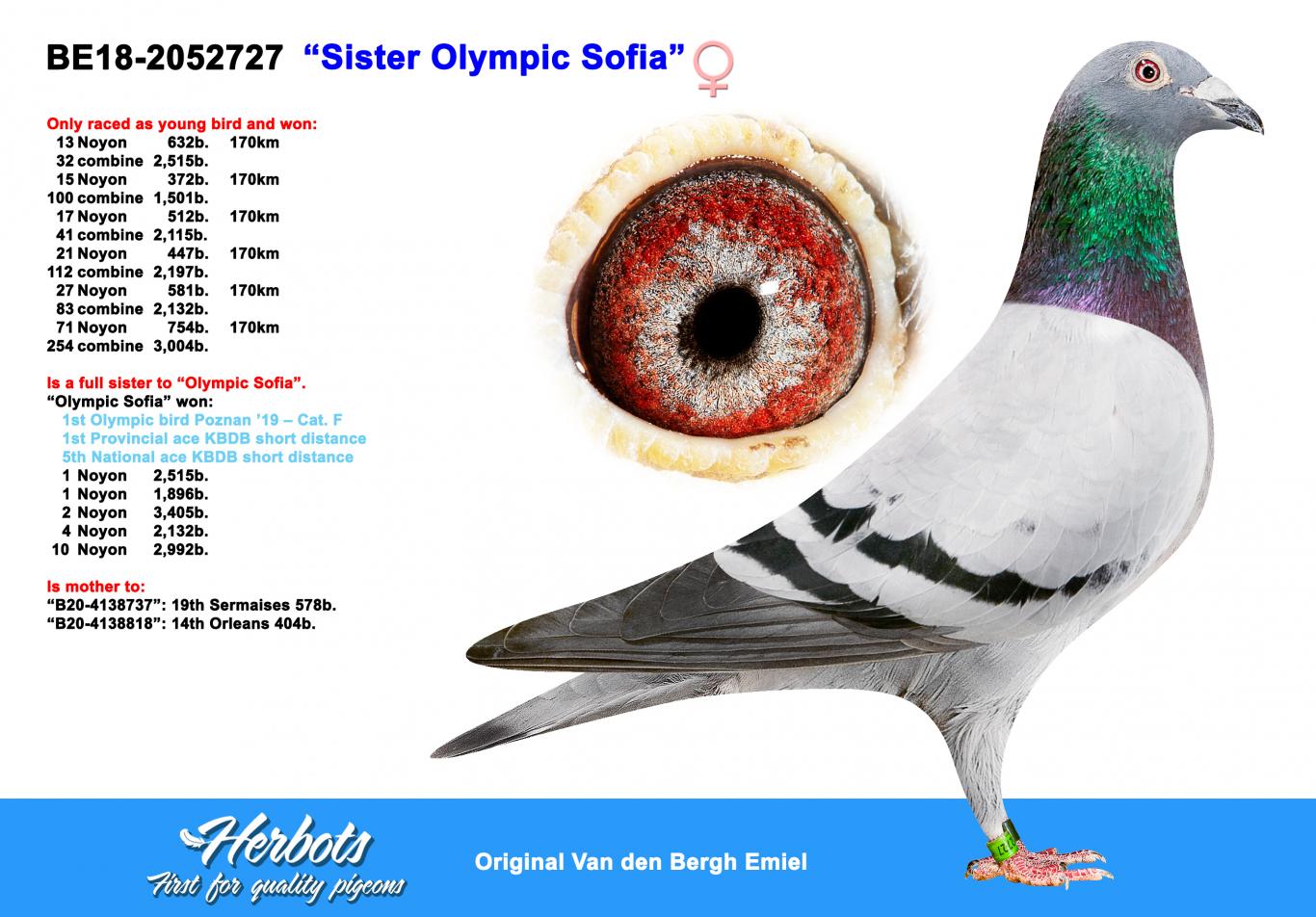 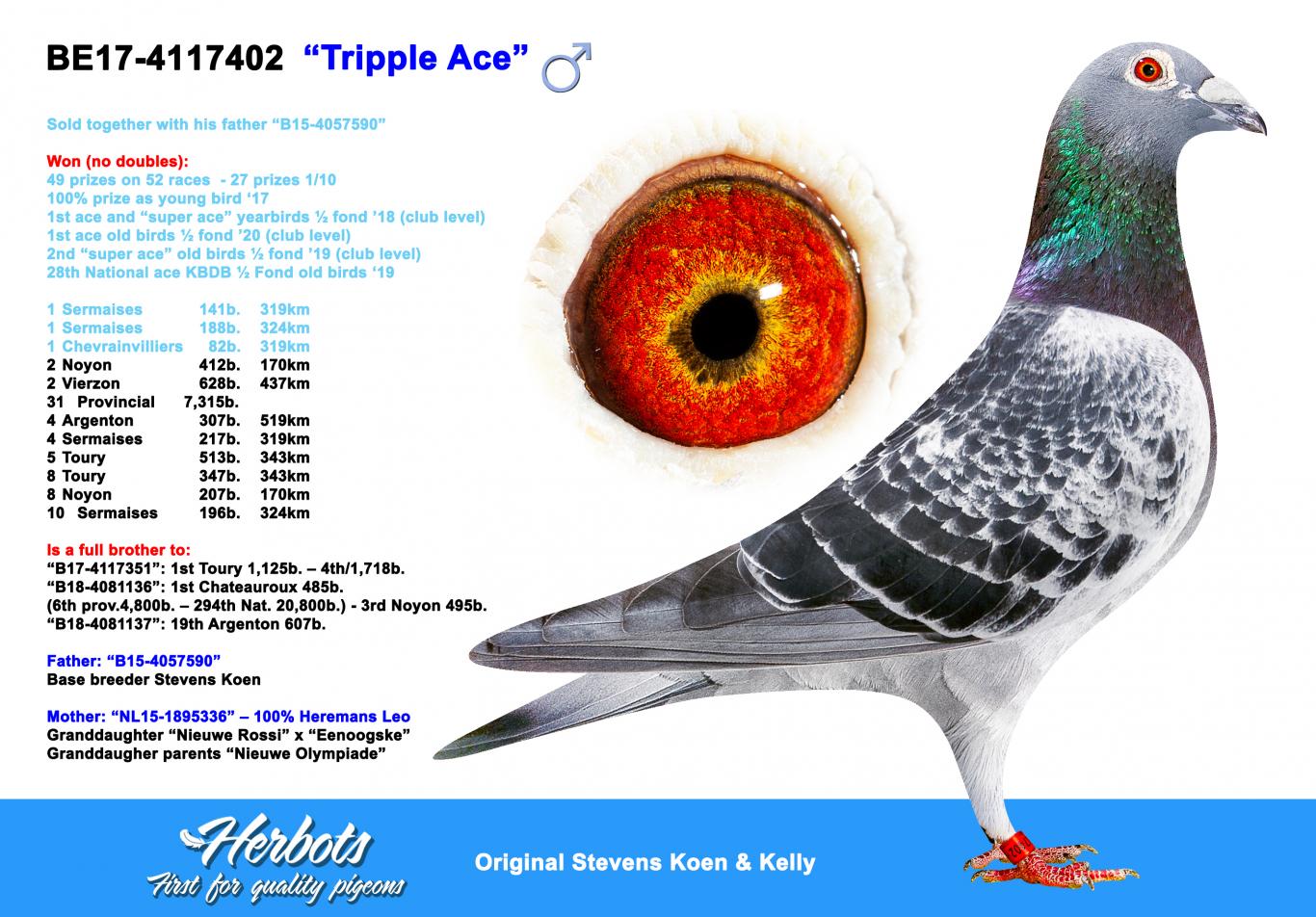 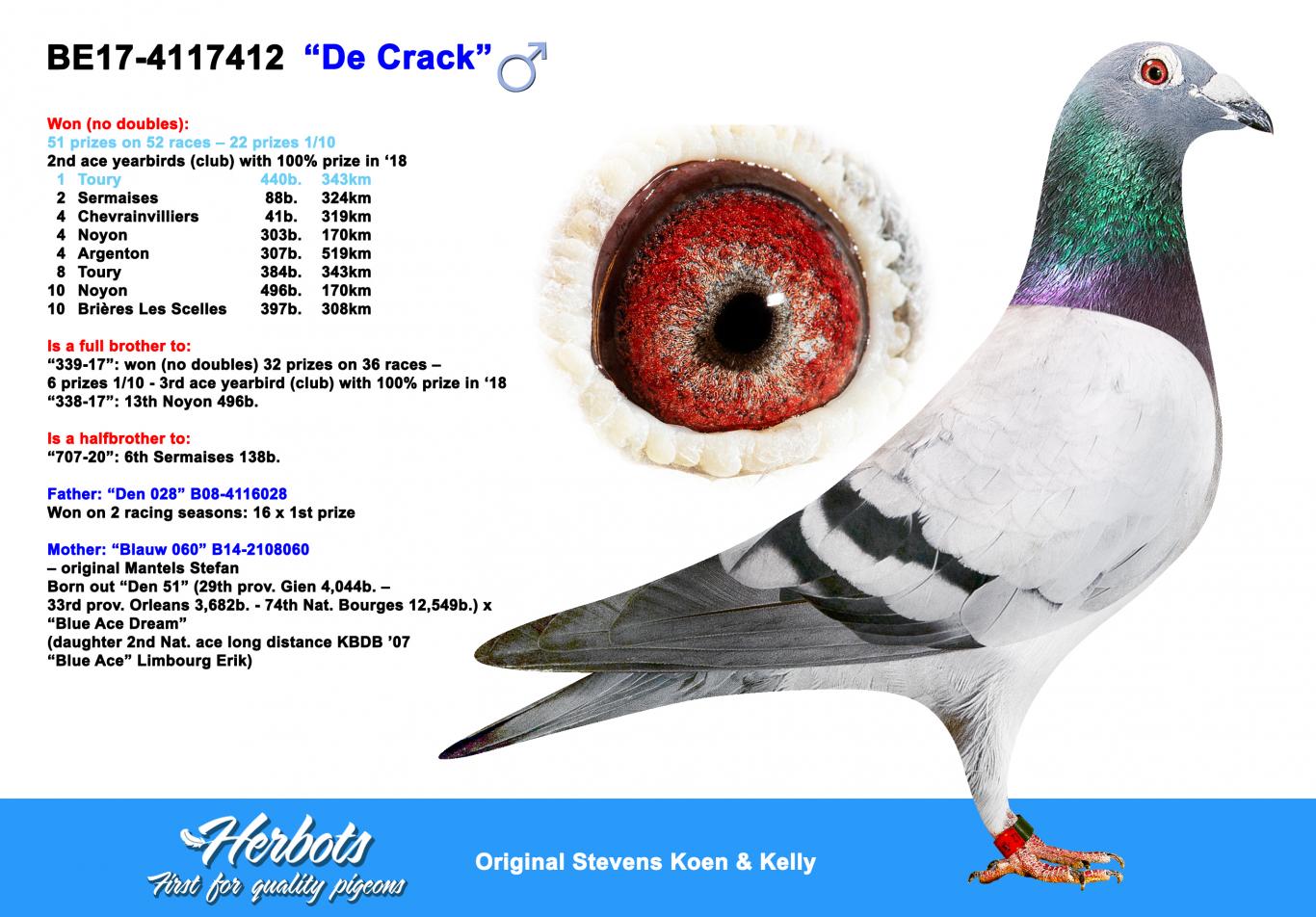 Really great material to strengthen your own breeding loft if you want to shine on speed and middle distance!

Koen & Kelly, good luck with the sale and with the full focus on the big middle distance in 2022!