For the winner with the old birds in the 1st extreme middle distance race of the season, we drive to Berlaar, the village par excellence in the pigeon sport that everyone knows. Kenny Hollanders lives here, who now takes his 3rd provincial and 1st interprovincial victory in his career from Vierzon. Kenny's top hen was the best with the old birds and also shone in 2 national races last year and is therefore made from the right wood.

For many of us, hen game is the game that is played everywhere, they can withstand a little less, less stress in the hives, recover more easily and so on. That is why Kenny decided to change course in 2020 and start a hen team.

Now in 2022 the racing team consists of 30 couples on total widowhood where both sexes are raced. In the winter these were coupled together with the breeders and whoever formed a couple was allowed to raise a youngster and the others went back into the pen. It was mainly the old pigeons that were almost all paired here.

The hens live everywhere in a small aviary in front of the lofts with windbreak netting at the front and all the other sides are closed. They can eat and drink on both sides of the aviary so that they do not lack anything. They train once a day and when they are allowed to go to the resting loft, this goes through a hatch from the aviary to the resting loft. All the bins are closed there and they have to sleep on the floor at night. The training itself of the hens is good and solid, but there has been no real withdrawal this season. As long as they know their loft on Saturday, it's good for me, says Kenny.

In preparation, the racing team flew 2x Quievrain, 1x Noyon, 2x middle distance and now Vierzon. The intention is mainly to take the hens to the national flights and preferably weekly with an occasional shorter flight in between.

They have not been together until now when they were basketed and they were simply picked up like that. Maybe I'll bring some variation soon to keep them motivated, but as long as they're good I'll stay off it. When they return home, they certainly stay together until the evening and from the heavier flights until the morning after that. Sunday is rest day, Monday is bathing day and the new week can start again. 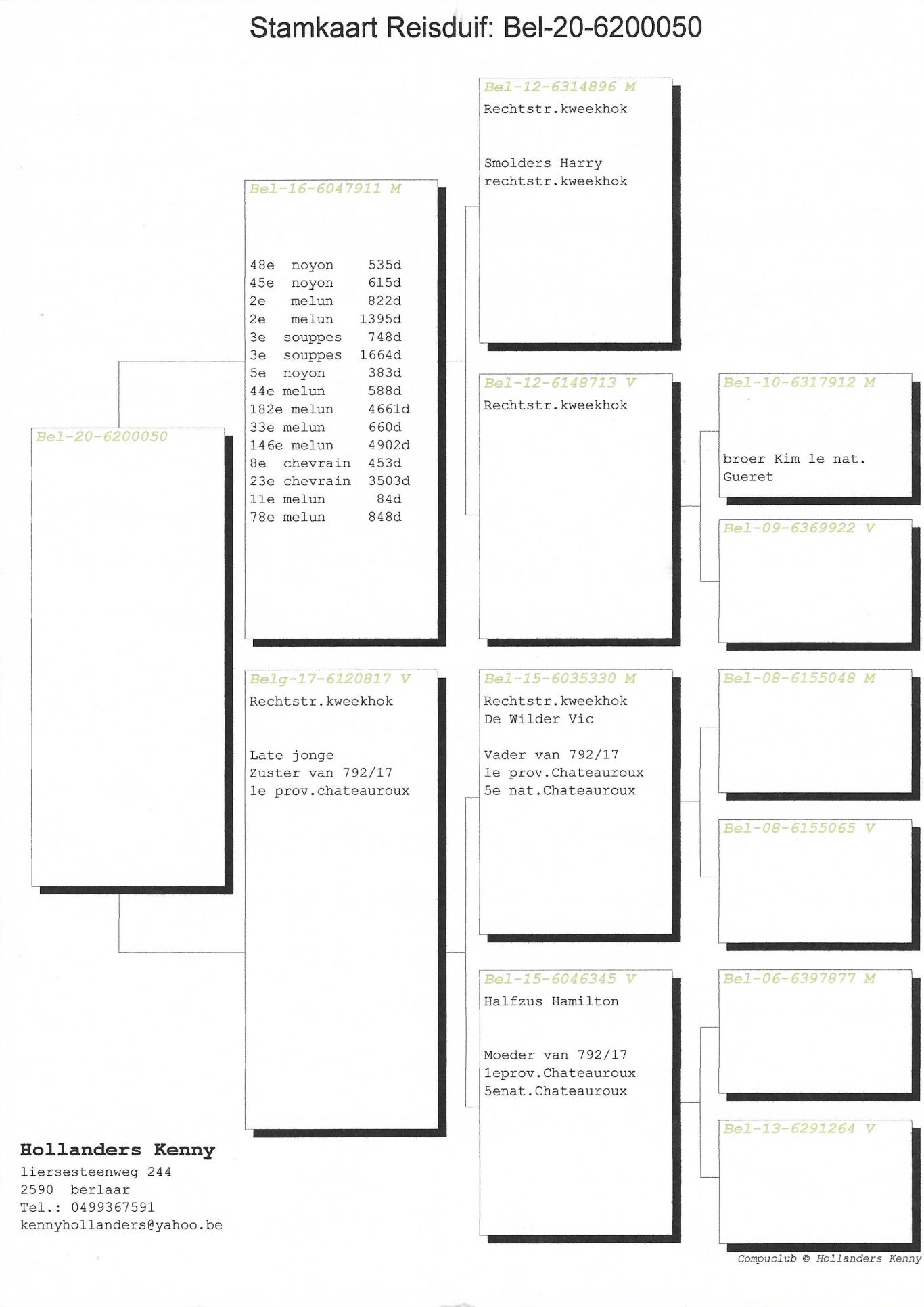 In terms of nutrition Kenny uses a very easy system, once the season starts he only gives sports mixture. They get half in the morning and in the evening they get full. Every day I also mix 3 types of grit because I think that is important. I also always give electrolytes when I get home and vitamins on Sunday and Monday.
For the medical story we can also be brief, the pigeons are put clean in the autumn during the moulting period. They are treated against paratyphus, tricho and coccidiosis. In the spring they are vaccinated against paramyxo and until now nothing has been given for the racing season.

Kenny, congratulations on this great victory from the entire HERBOTS TEAM.