Sporting revenge after not being allowed to play for 4 weeks, many fanciers who were not allowed to participate in competitions for 4 weeks due to the bird flu. The winner from Bourges among the yearlings in the province of Limburg can be found in the lofts of the top colony of Hermans – Bonne from Loksbergen. This yearling also wins 1st National (z) Bourges against 2,035 yearlings.

For Roger and Wim the bird flu was a blow and they had to think about how they would get their widowers in order within 4 weeks. The racing pigeons were coupled and allowed to breed for several days. In the past, when only speed was played, they always did this and this ensured a 2nd peak in the season. Now they hoped that this would also be the case and with the victory over Bourges they are sure of this. But their result from Soissons is even more impressive, locally against 118 old birds they win 1,2,3,4,5,6,7,… and their 1st pigeon also wins regionally against 541 old birds. That promises for the next flight from Sourdun where the Soissons team will go. 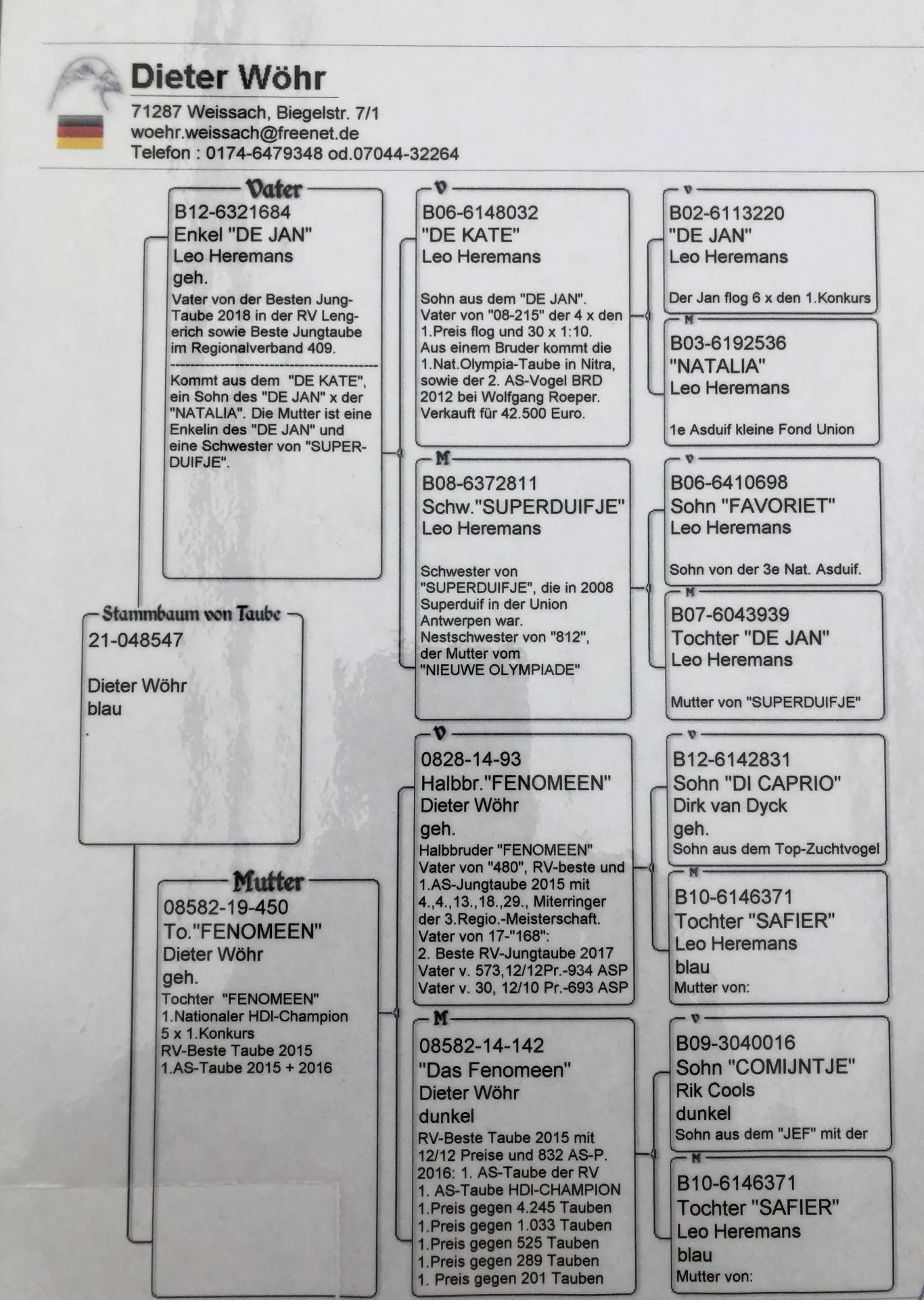 Wim & Roger, congratulations on this victory from the entire HERBOTS TEAM and on to the next.