For many people the village Epen from the Netherlands is well known, here are the lofts of the famous tandem Janssens - Hausoul. Unfortunately Jean Hausoul left us in the summer of 2019 and Giel Janssens continues on his own. The colony where so many top performances have already been made on the marathon races and where many other fanciers have also succeeded very well.

Jean Hausoul had built up a big reputation. In 1990 he became 1st National Champion Marathon and 1st National Champion Overnight Long distance together with Hub Keulers. As Jean suffered pigeon allergy more and more he decided to say goodbye to pigeon sport in 2001. He gave his friend, Giel Janssens, a round of eggs of his best pigeons and all pigeons were sold afterwards. They did make the deal that Jean could go and watch the pigeons coming home after a race at Giel’s place. It didn’t stop at looking. Giel and Jean saw each other a lot and Jean told how he would race hens. He selected out 10 hens, mainly yearlings and two-year olds. These hens were being raced on a nest position and the results didn’t wait. The pigeons were a mutual experience and responsibility.
In 2003, the combination Janssens-Hausoul was born at the lofts of Giel. Giel was a fanatic care taker and implementer, Jean took care of the planning, way of working and system. Together a sublime team. Both were very fanatic and had an unknown love for pigeons in common. The ladies , Els Hausoul and Maria Janssens supported Jean and Giel fully when practising their hobby.

The base of the current strain is out of the eggs that Giel received in 2001 out of the best pigeons from Jean Hausoul. It was an iron strong strain built up with pigeons out of the ‘Zwarte Moordenaars’ (‘Black Killers’) from Marcel Braakhuis crossed in especially with van der Wegen and Brothers  Kuijpers blood.  Eighteen youngsters came out of these eggs and weren’t raced, but used to build up the current strain. The inbred pigeons were raced just as all other pigeons and used for breeding afterwards. Jean and Giel went looking together for reinforcement and got these at Jef Eijkeboom out of Mechelen. They got cocks over there which still had blood from the old kind from Jean himself. Next to him, Giel and Jean went to Gerrit Boyen from Nuth.

To be able to stay for decades at the top of the international pigeon sport it is extremely important to have an iron strong breeding loft. Well…our marathon champions have this pure class on their loft. All of them pigeons that had proven themselves being able to put super results on the results lists.

Is at the moment the base breeder on the loft. In 1st, 2nd and 3rd generation he is perfectly able to give on his class. 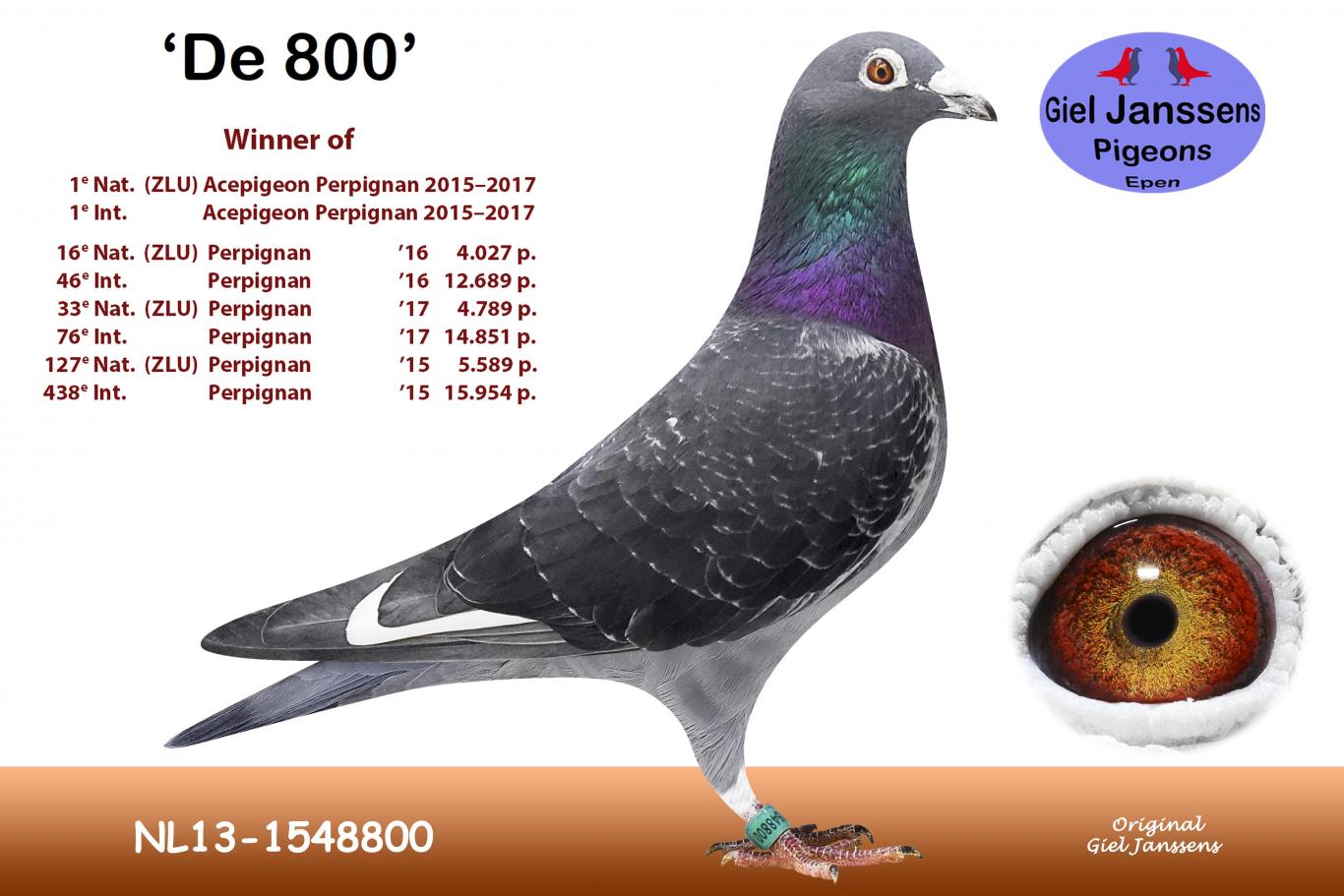 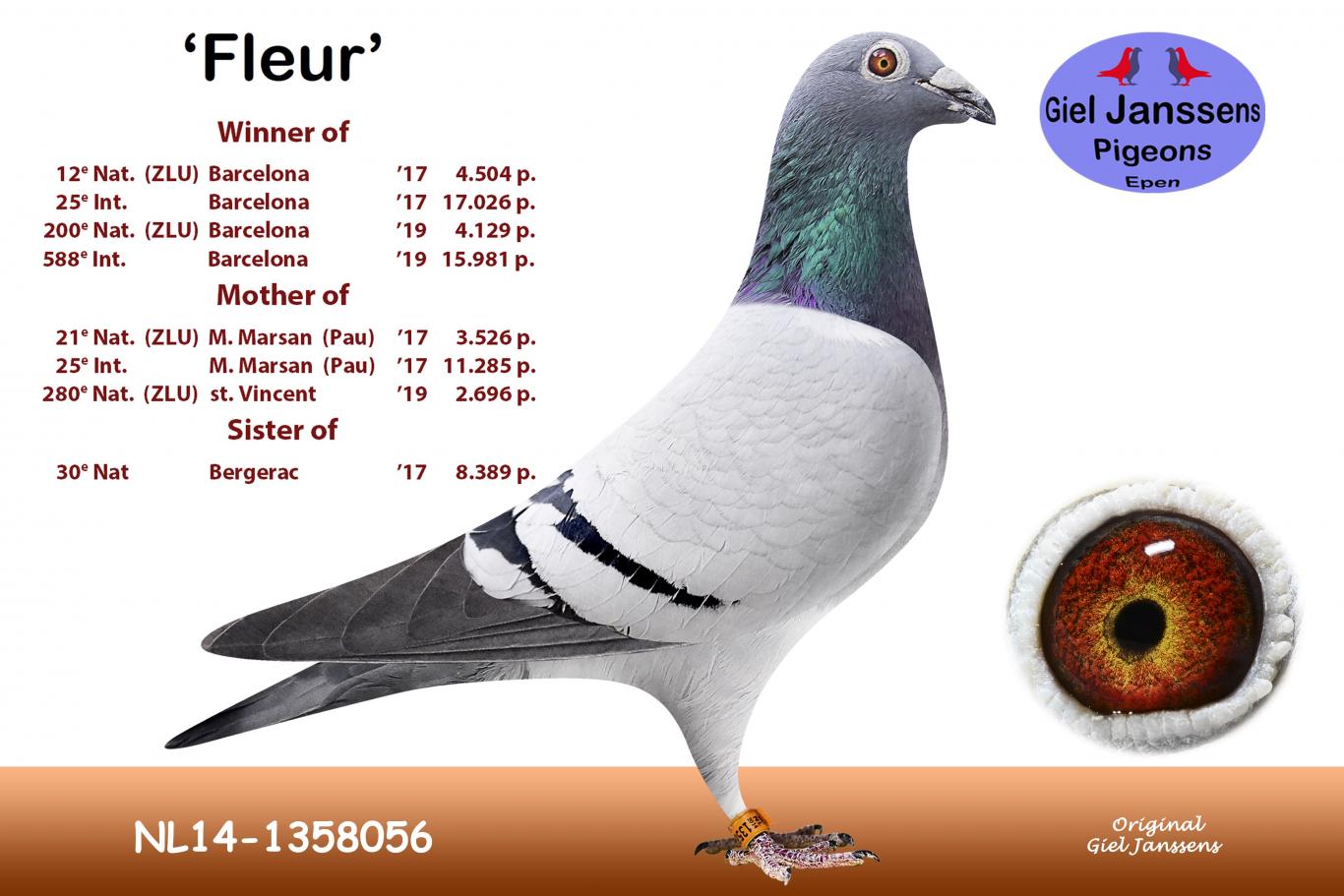 The beauty of the story is that the mother to “Juweeltje” is a full sister “Fleur” (see above) or in other words; we get back to that strong “Evi – family” .

A world result on Barcelona 2019
In a sportive way they set a world result on the most important marathon race of the year namely Barcelona. Jean and Giel basketed 24 pigeons and they showed more than their class on this for them 1,089km race.

Keeping in mind that the 2019-edition was an extreme though one (the international winner got a speed of 944 m/m) then you know enough and you are able to judge and appreciate the class of the Janssens-Hausoul pigeons perfectly. 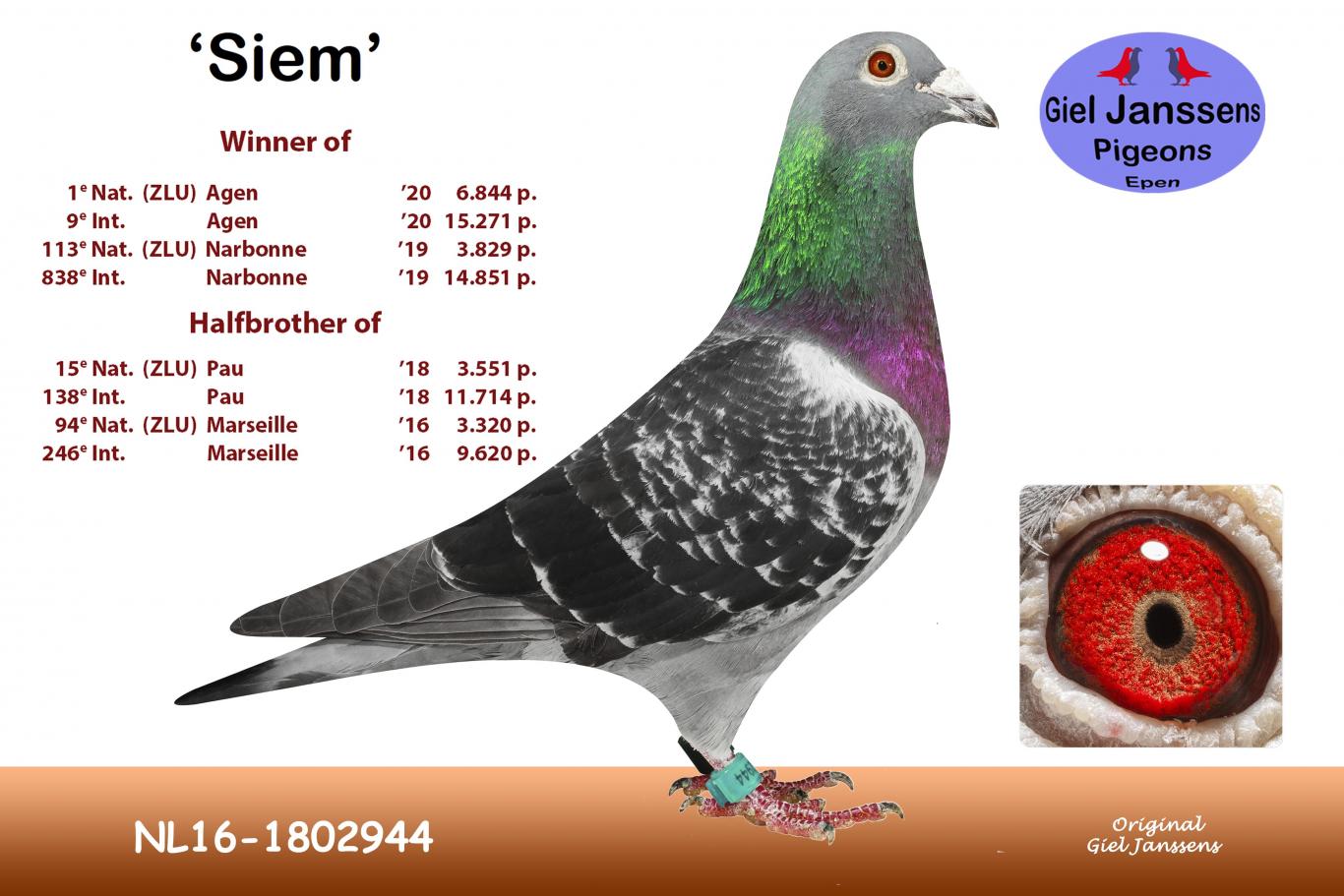 All racers get here the Beyers mixtures, so after a heavy flight they usually get the first week Galaxy Light, after that 50% Galaxy Sport together with 50% Galaxy Energy. The last days it becomes 100% Galaxy Energy. Twice a week proteins are added to the food and again when they return home. What we feel very good about are the products of Rohnfried, especially Hexenbier and Atemfrei is given here regularly and electrolytes are always given on returning home.

There are 18 widowers in the lofts which were separated in the autumn of last year in October. Around mid-March they were coupled and were allowed to raise a youngster. When this youngsters were 14 days old, the hen was taken away and the cock had to raise it alone.
The hens are raced on widowhood in the beginning of the season and fly Barcelona as their main target on nest, they have been doing this for years and still with great success.
Because of the abnormal preparation the winner of Agen first flew a race from Germany because we weren't allowed in France yet, afterwards he did Charleville, Rethel, Melun and 14 days before Agen he flew Issoudun.
The widowers are divided into 3 groups of which 6 Pau flew, 6 Agen and 6 Barcelona. Because they each get their own drinks and food you can races 3 flights in one loft.
It is always the intention to make a strong selection , so the yearlings usually fly Marseille. This year, because of the later start due to Covid-19 Marseille came too early and they will fly Perpignan.

In the medical field, we always go to Ferdi Vandersanden for a check-up 2 or 3 times a year. In spring they have been given a cure with Tricho green and at the basketing of a heavy long distance flight we light them another tricho pill. The week before an important flight they get a cocci - pill so we are sure that they are pure when they have to fly 800-900km. So we do this maximum twice a year while we treat the airways maximum once, usually just before the heavy long distance season starts. 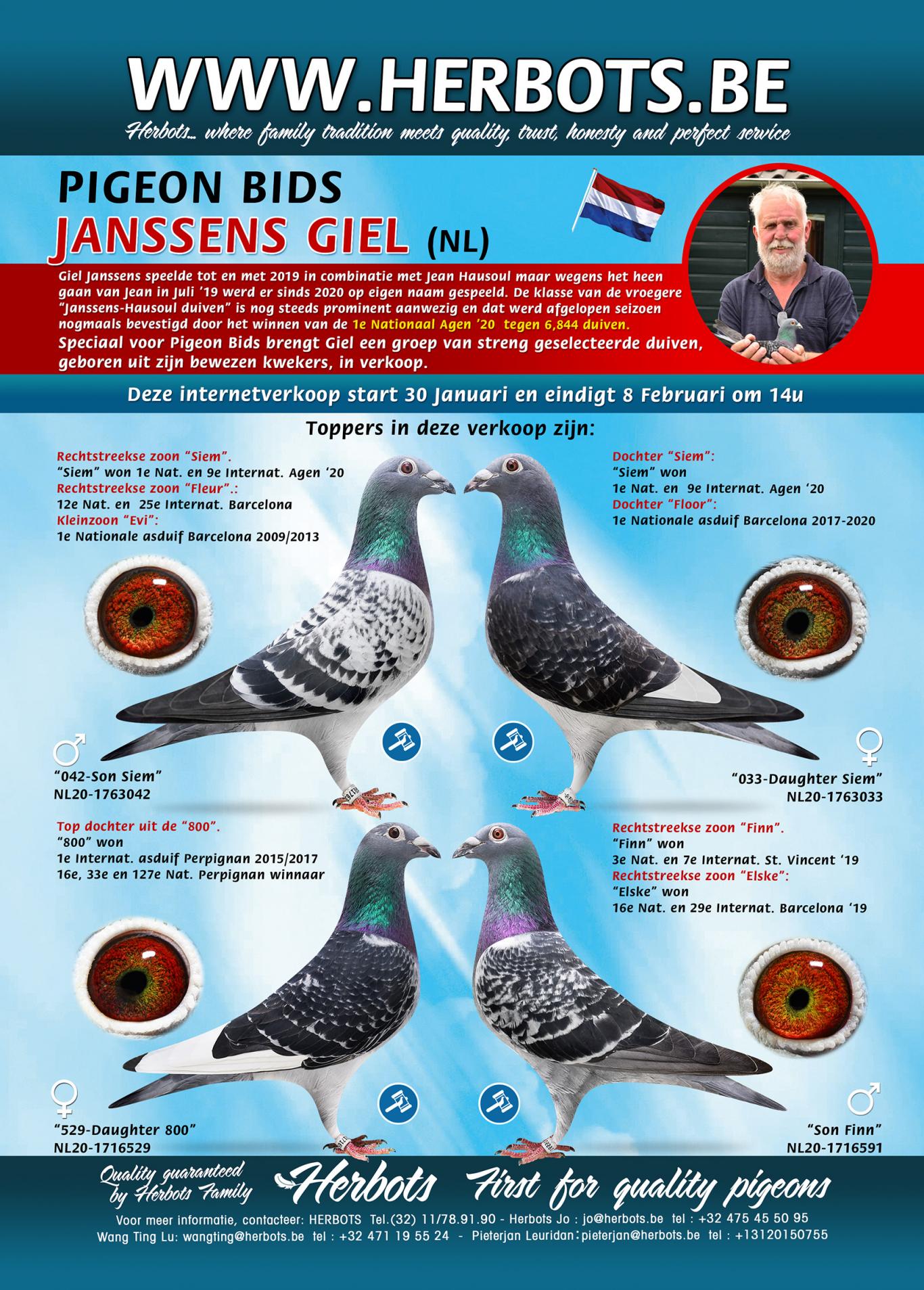