Gerard Koopman (Ermerveen) overpowers everyone with 1st and 2nd prize against 17,478 pigeons 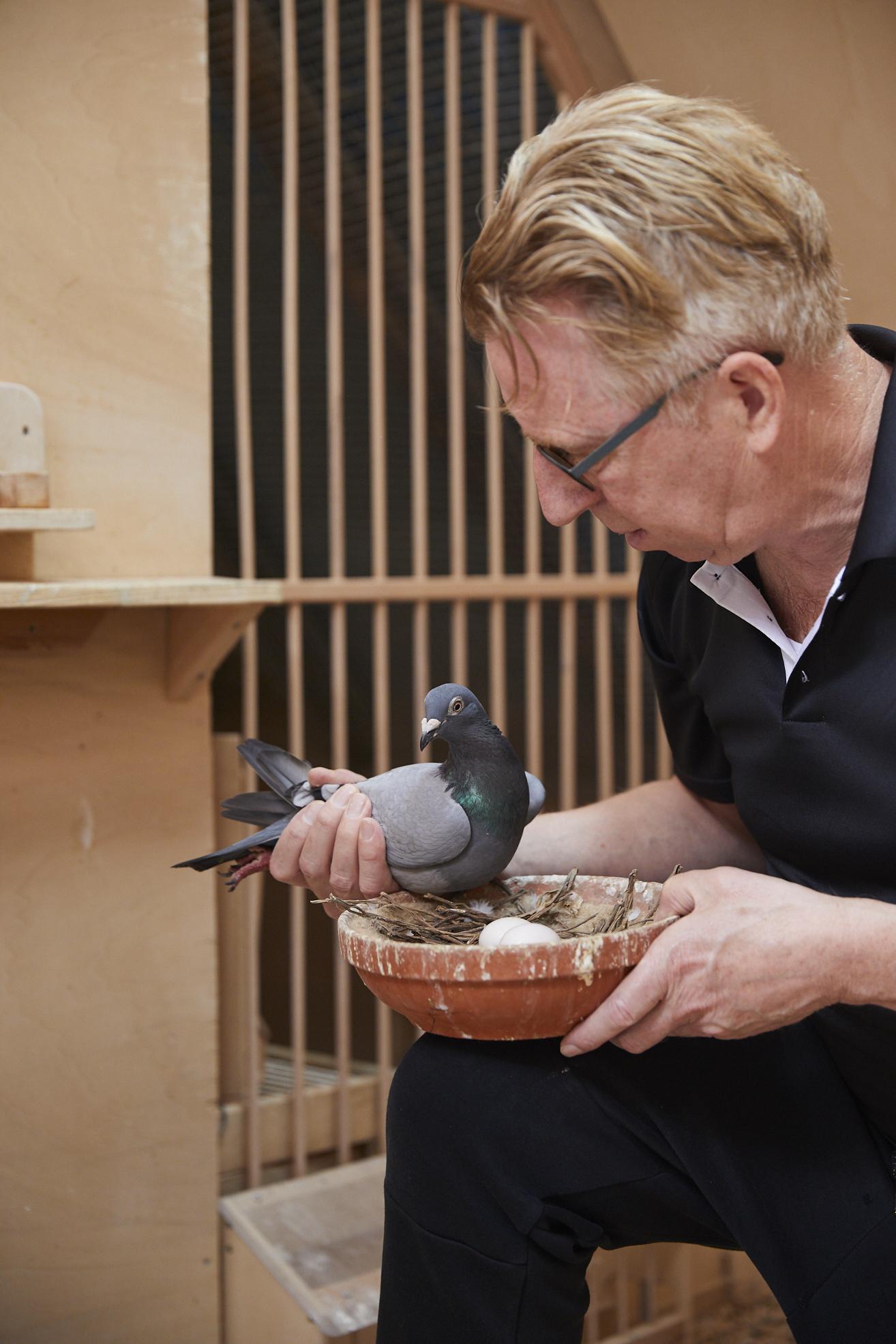 Last weekend (07/05) the Koopman pigeons could not restrain themselves from emphasising once again that they really have the ability to fly at the top.

This time an impressive performance from the release point Dreis-Bruck (distance 274km to Ermerveen) was put on paper because against no less than 17,478 pigeons (basketed by 766 pigeons from Department 10 - Groningen-Drenthe) the 1st and 2nd prize were clocked at the house of Gerard Koopman.

By the way, of the 150 pigeons that were basketed, 108 prizes were won by 3 teams. Such deeds say more than a thousand words.

We spoke to Gerard and of course we would like to have some more information about this top performance.

Gerard: "It may sound a bit cliché but we did not expect this result at all. Because of the basket limit of max 150 pigeons, we mainly used the faster pigeons. Our marathon pigeons and late summer youngsters were also basketed but they couldn't get a ranking due to the new regulations.

Like every year, we darkened the old and yearling birds from the beginning of March till April 20th, so the darkening has only been lifted for about 2 weeks and experience has taught us that it normally takes a bit longer to get the top form, which is in fact the purpose of the darkening.

Both "Coby" and "111-21" were played according to the system of pure widowhood (partner stays at home). In January, the old pigeons were only allowed to brood 10 days, while the yearlings raised youngsters. We let the yearlings breed because they are more resistant to frying anyway.

As for the food, "Koopman All-in One" mixture (Beyers) is on the menu. This one was made a bit lighter by adding 30% Paddy Barley. As an extra, we give daily 2gr of our well-known mix "Cheese/Peanut butter/Sheep fat" per pigeon.

From a medical point of view, the pigeons only had a "yellow cure". Further on, nothing was done.

Also regarding motivation, nothing was done. Pigeons were picked dry from the loft at basketing. No partner or nesting dish to "light the fire". This will happen later on in the season.

Gerard and Team... congratulations with this top performance and we are looking forward to the next exploits. 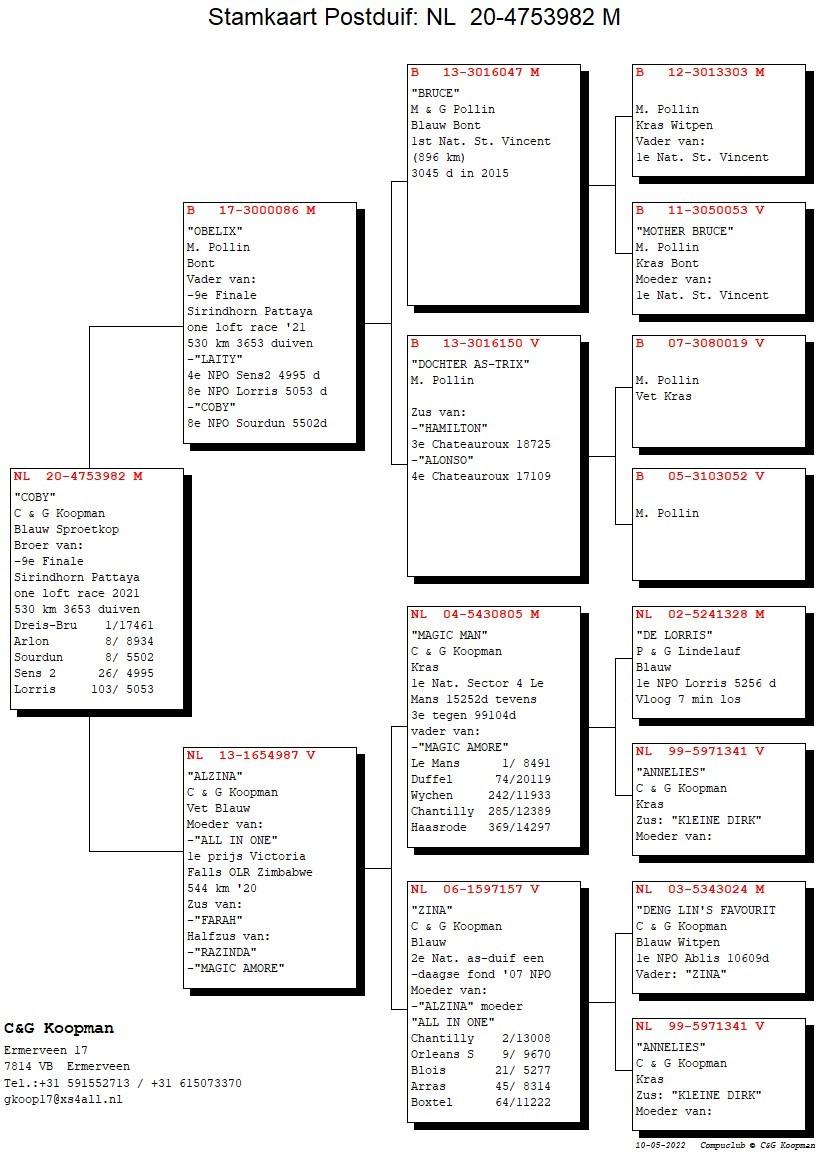 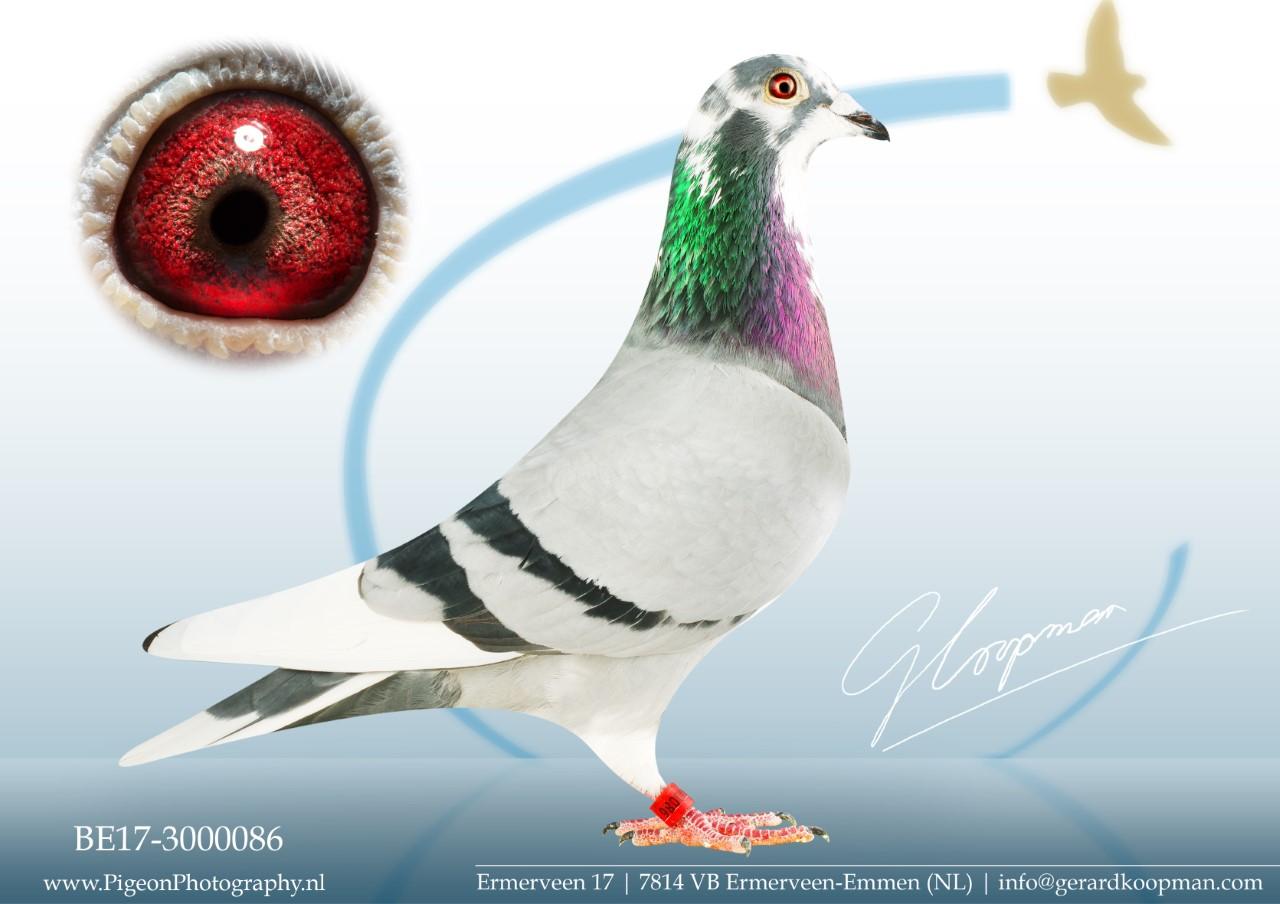 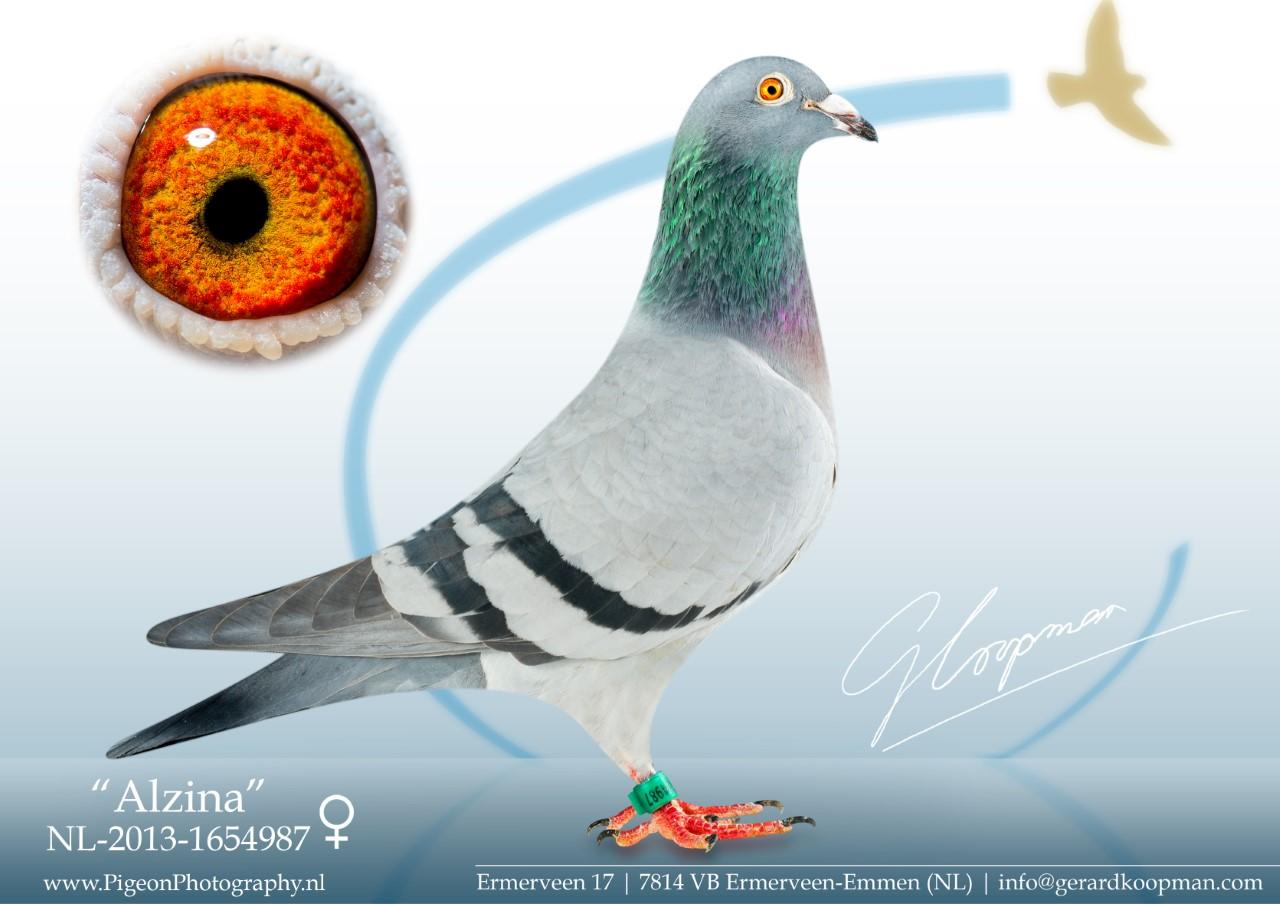 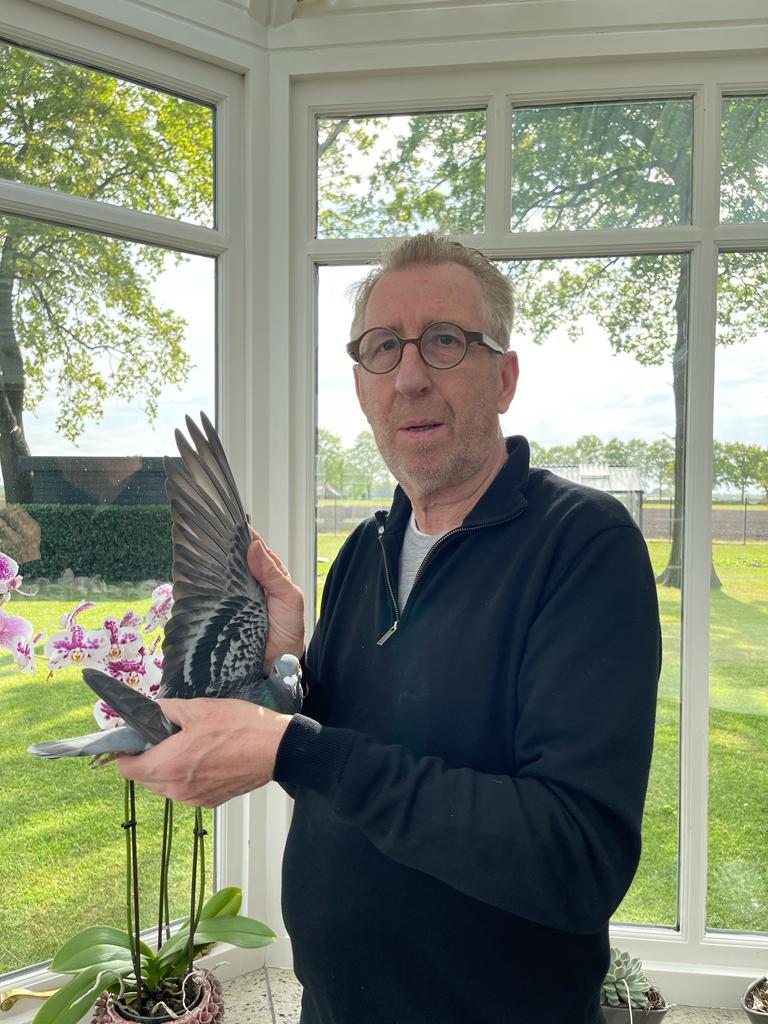 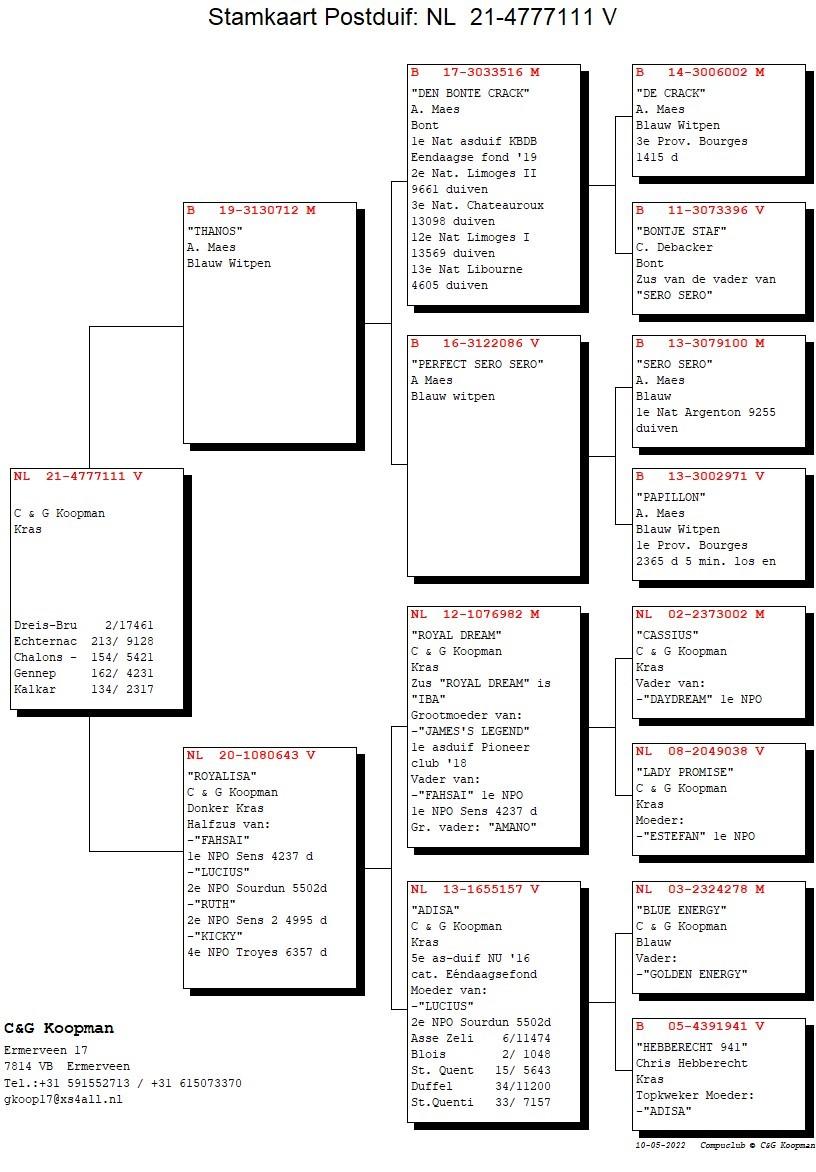