Frans Rutten from Horst with his All Round pigeons with a.o. 1st National Issoudun 12,191 pigeons

Frans Rutten lives in Horst in North Limburg, he plays top both in his department and at national level and has already achieved some top performances as a young handsome.

He became National Loft Champion youngsters in 2007 and 2011, in addition to several NPO victories in the middle distance races thanks to the extremely strong base of the Koopman pigeons.
Frans chose to invest in the Gerard Koopman pigeons in the period around 2007, he achieved results very quickly, making this bloodline the basis of his colony.

With “Miss Pitha” he won 1st NPO Pithiviers 11,852 pigeons and “Miss Lin” 1st NPO Pithiviers 14,959 pigeons, which mainly thanks to stock cock “Willem” for several top exploits in several generations.
Of course you cannot build on 1 line and he looked for other top material that he found at Wilberg Tauben. DV 0712-10-471 is a blue cock that came from “Champ” from Marijke Vink, the son of “Tips” x “Jean” coupled to the “Schone Kannibaaltje” which was bred out of “De Kannibaal” x “Sister Rambo ” by Dirk van Dyck.

With such pigeons Frans was able to go to war and for several years continued to build up a stock with these crossings, which was strengthened in 2015 with pigeons from Jo & Florian Hendriks. Also here in the Koopman blood and especially the line of "Kleine Gerard" had inspired him to bring in new talent for Horst.

In 2020 Frans reached his peak in his career so far by winning 1st National Issoudun against 12,191 pigeons in his favorite flights. Here too Gerard Koopman's pigeons formed the basis, as his father is a grandson of "Kleine Dirk". Pure national top class.

At the moment there is a wonderful auction of proven top pigeons from this colony together with a few youngsters from the best of this colony. 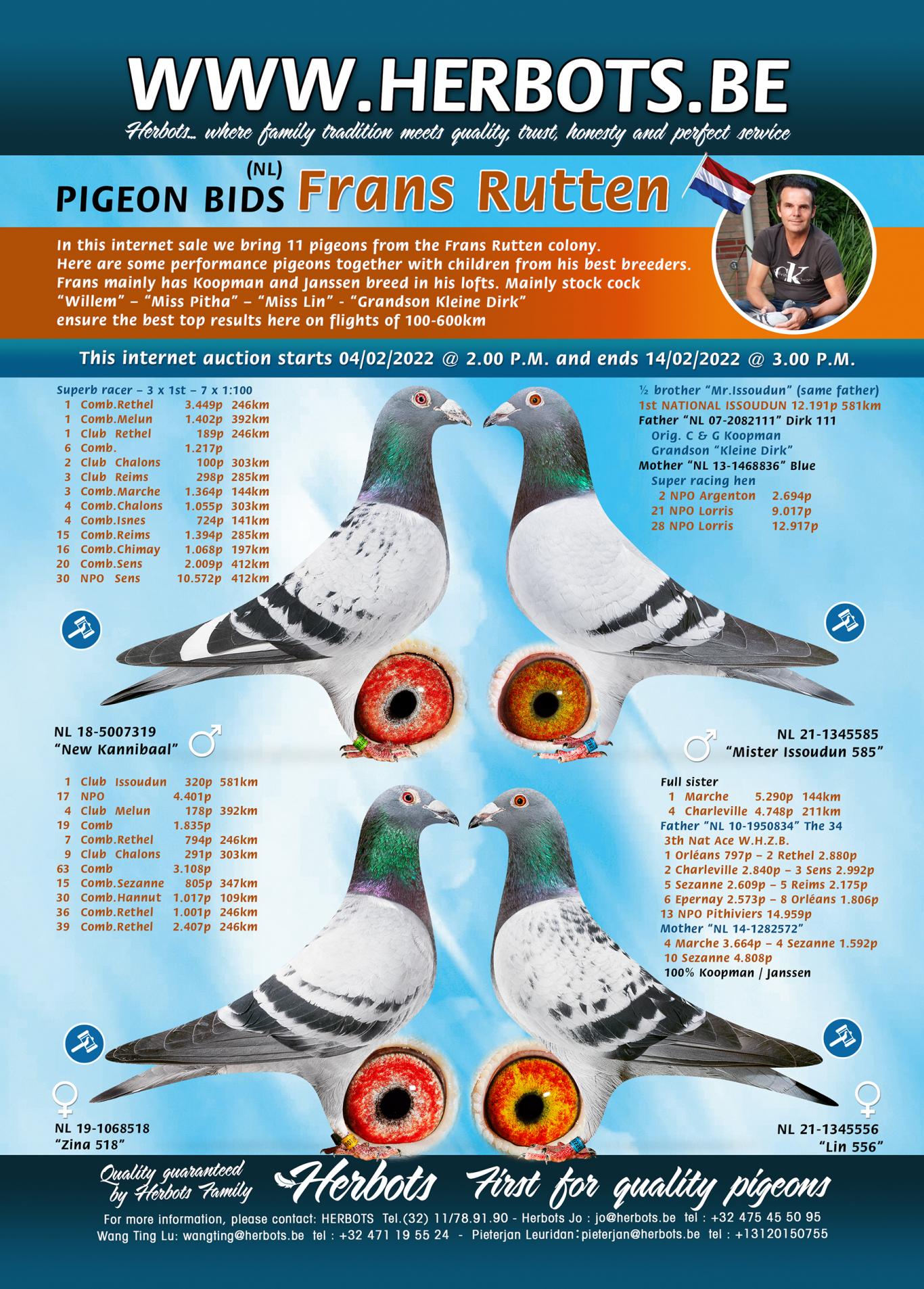 A super cock All Round, from 100-500 km, nothing is too much for him and he does top flying on the assembly line. He is a son of “Miss Lin” 1st NPO Pithiviers 14,959p and 3rd Nat Ace Pigeon All Round W.H.Z.B. crossed with son Miss Pitha. 1st NPO Pithiviers 11,852 pigeons. Or the 2 best top hens coupled together with the very strong Koopman basis as a pure basis 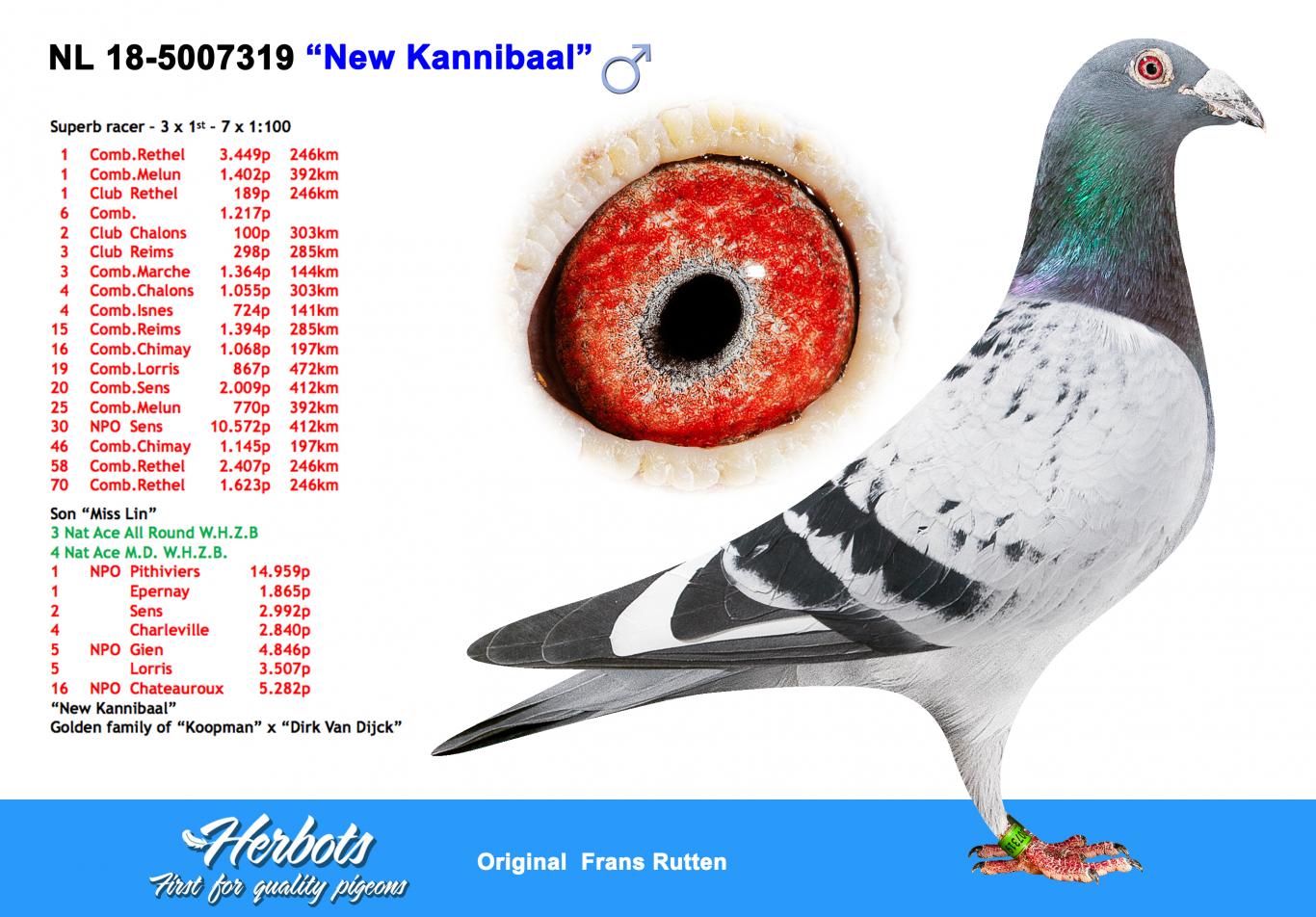 A top pigeon that shone with 1st Issoudun 320p (17 NPO 4.401p) and several middle distance races. Her sire comes from the top colony of Jo & Florian Hendriks crossed with the basis of Koopman and Kannibaal Dirk Van Dijck. 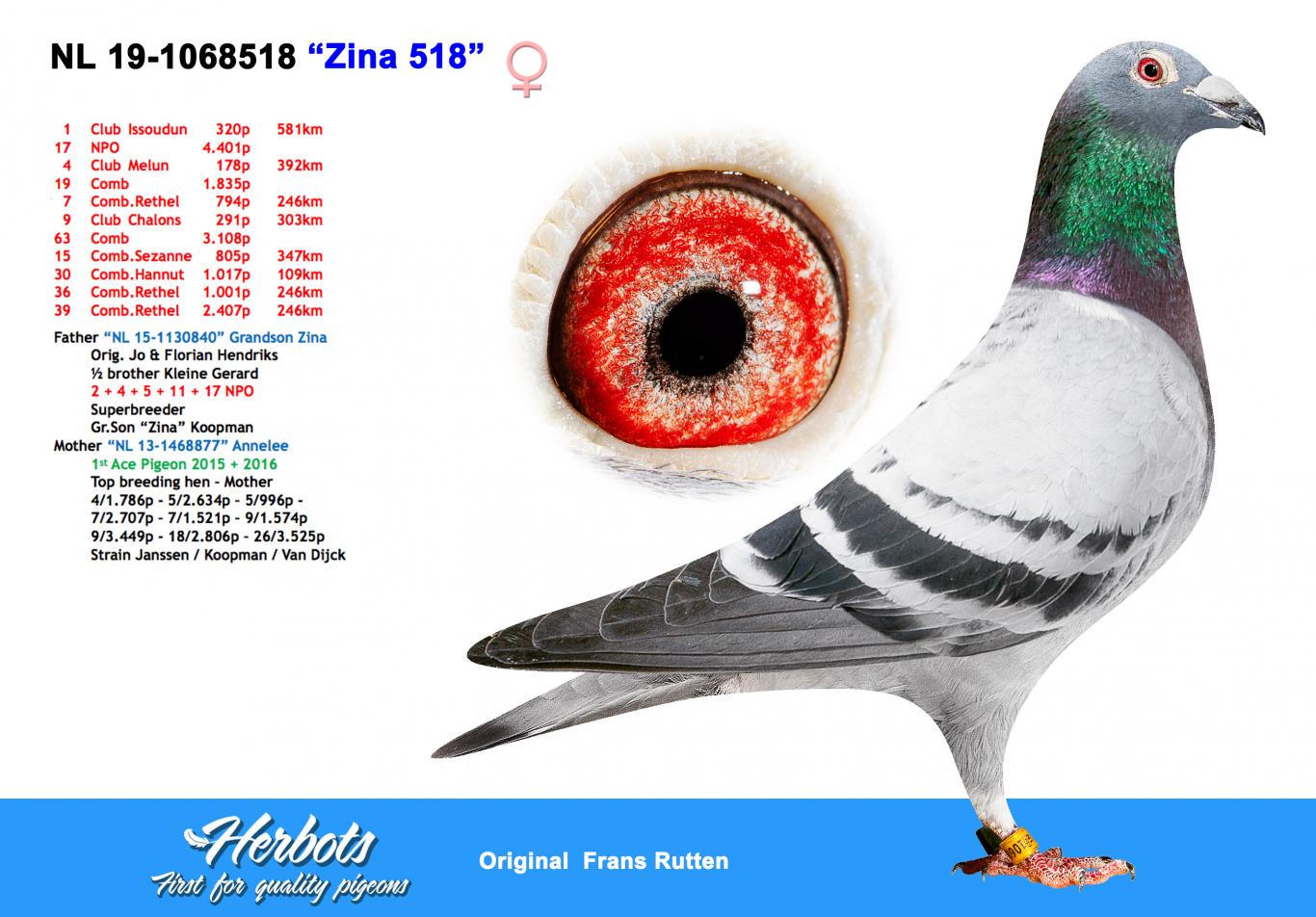 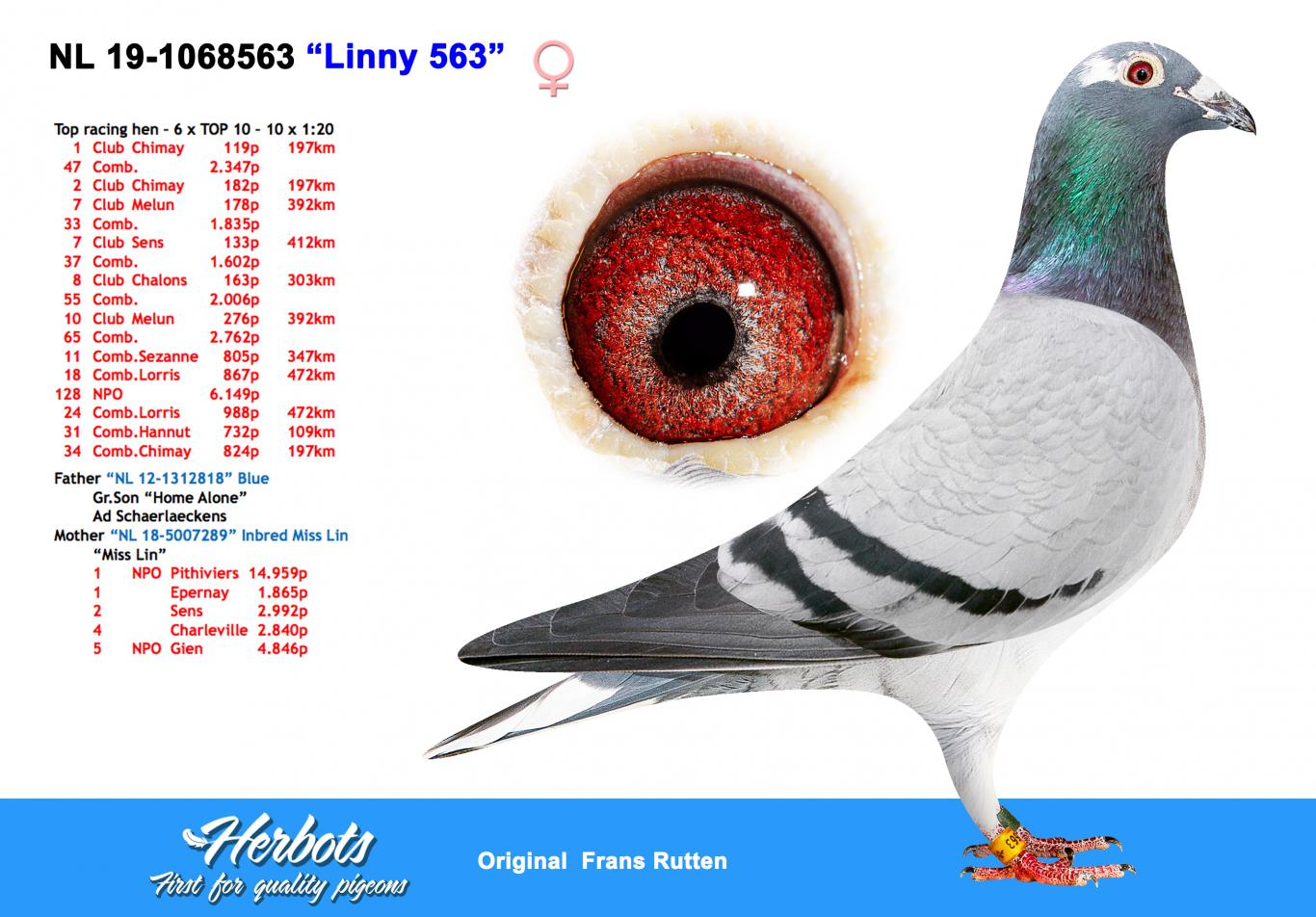 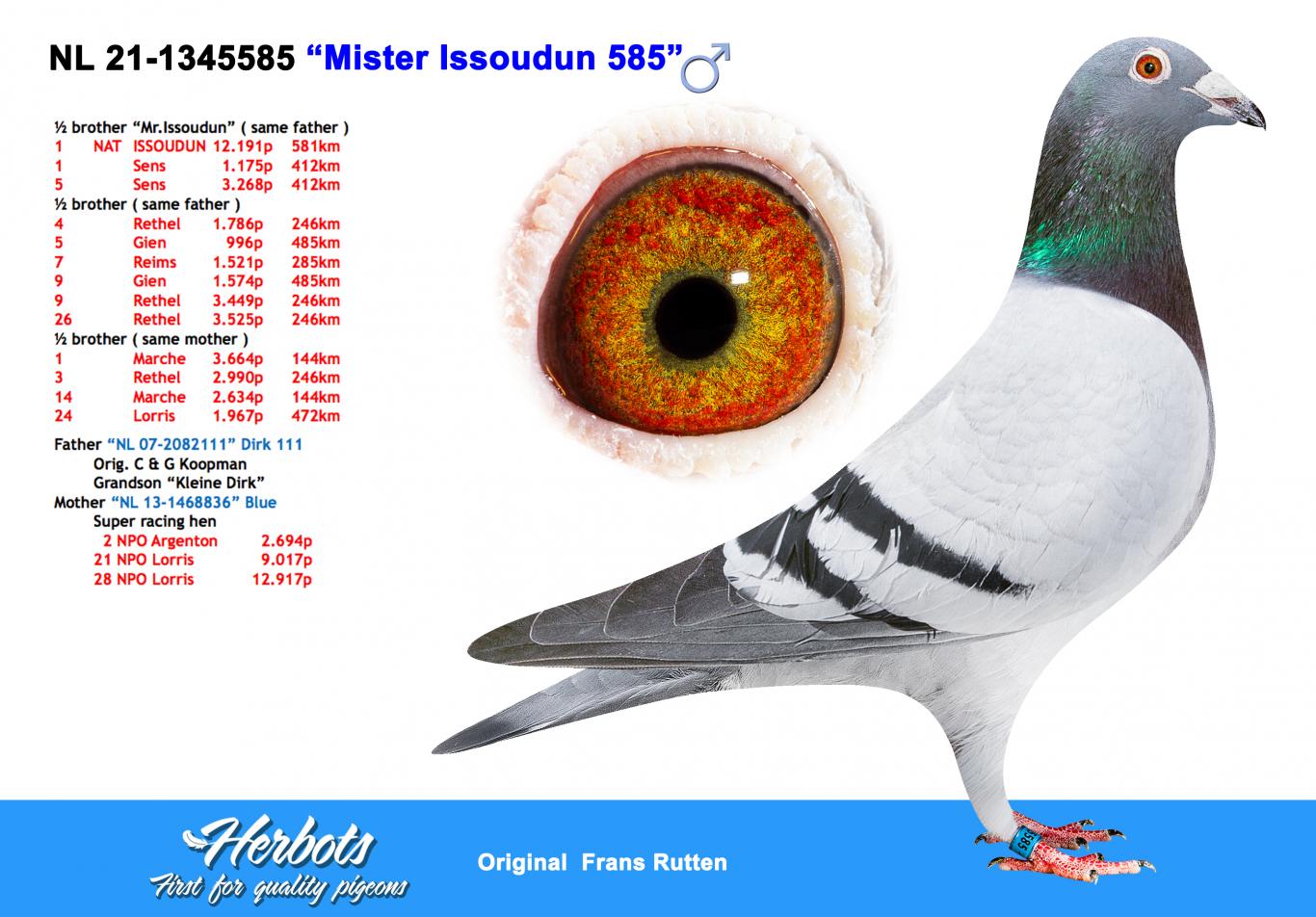 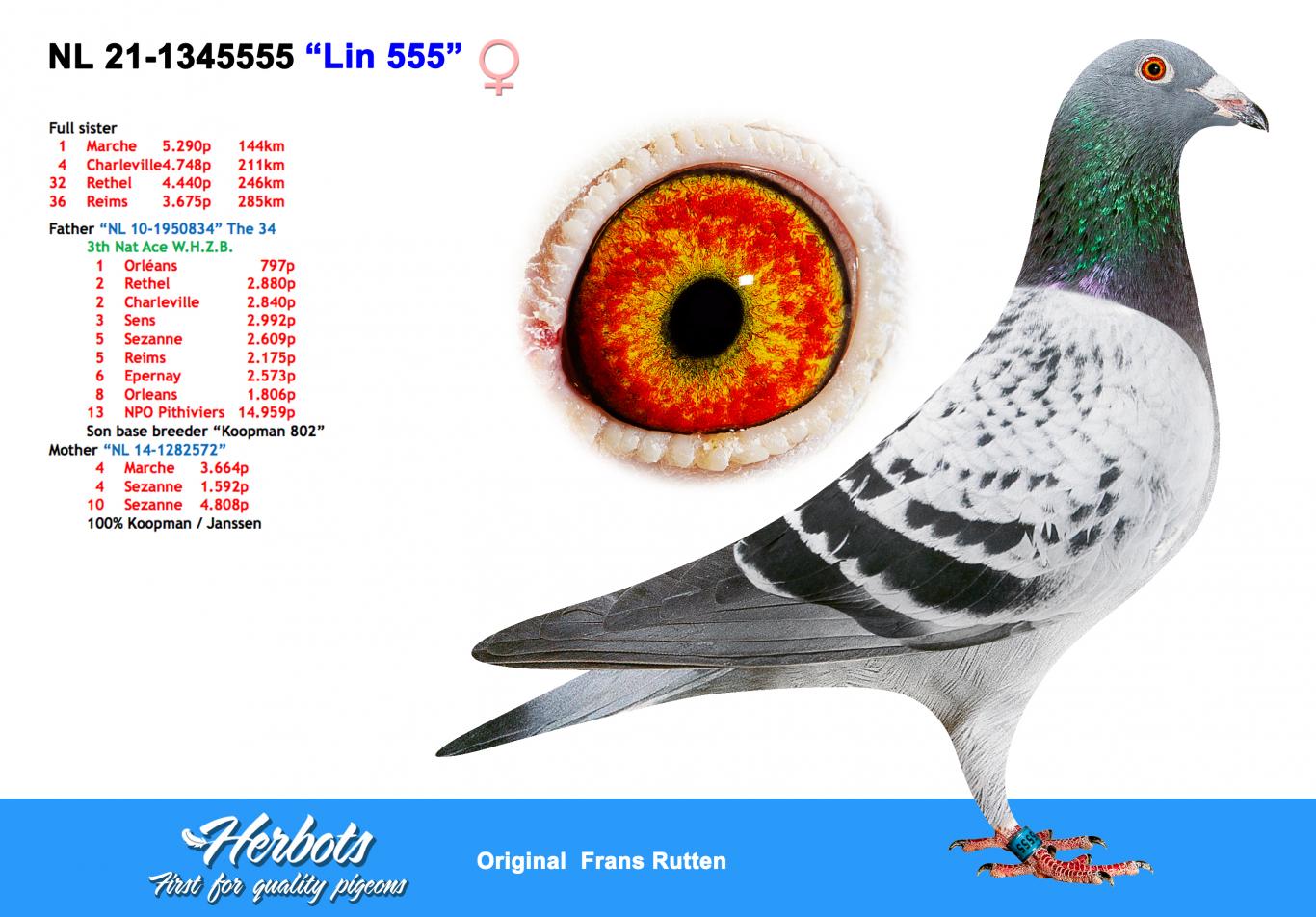 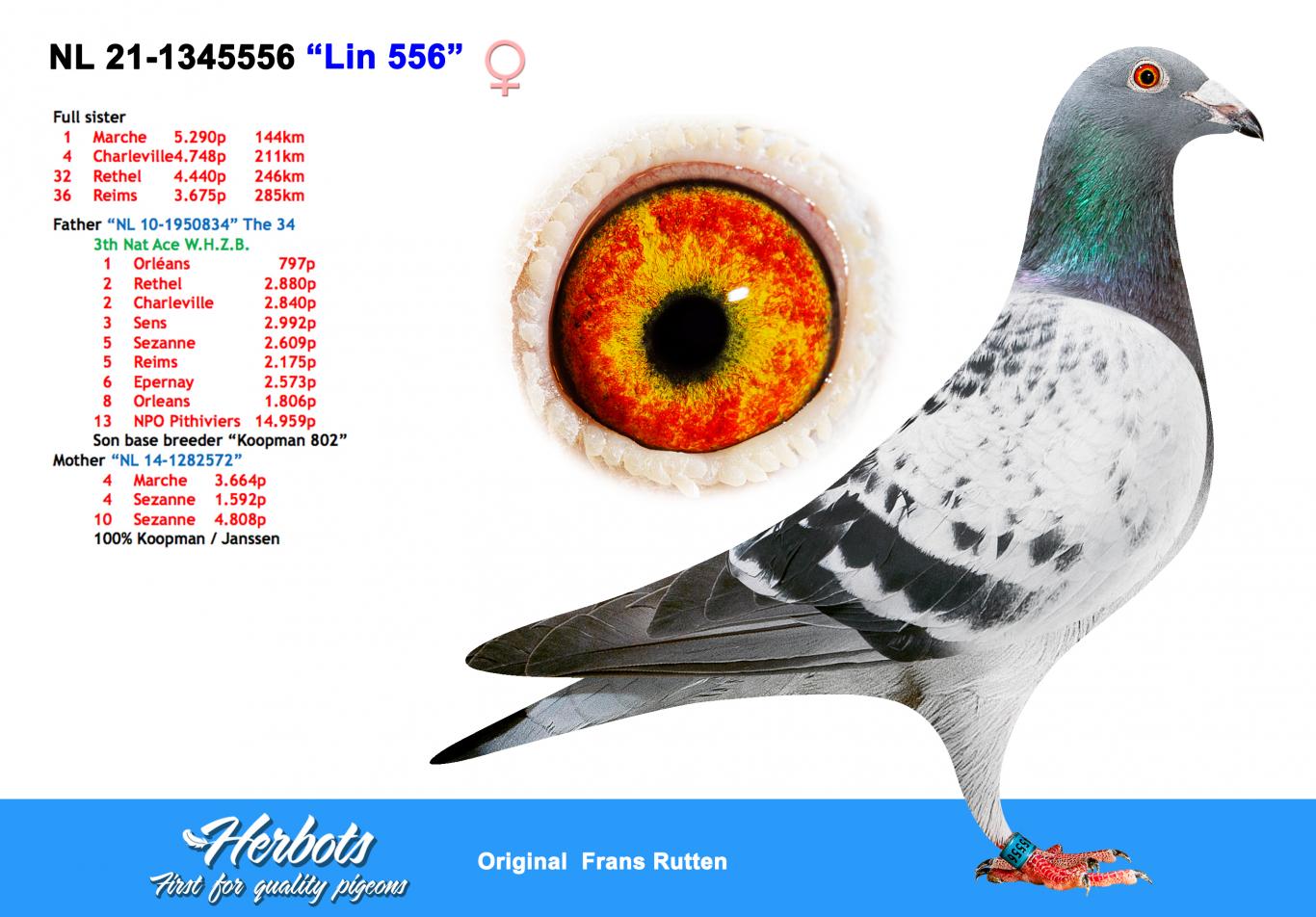