The ink is figuratively still dry when we announced the very strong performance of this tandem from Kluisbergen on the first flight from Argenton with the youngsters a fortnight ago.
Then they raced the first place in the zone and a lot of beautiful prizes more. Because of the postponement of the first race from Argenton due to the warm weather conditions, the big question was if the double (two weeks in a row to fly Argenton) was feasible or doable ?

The condition is there
The first flight from Argenton was already a bit heavier before the release because the pigeons had to stay one more night in the basket and were only released on Sunday for a flight of about 500 km. In addition, the conditions were heavy with warm temperatures. A windfall was the fact that the wind blew in the favour of the top pigeons, which put the minute speeds of the top pigeons around 1,400 metres per minute.
But as we all know, it's not the top birds that need to recover the most, but usually the pigeons that fly a bit longer and have more flight hours in their wings, and that arrive later...they need a bit more time to recover.
The pigeons on the Leutenez lofts were in good condition when they arrived at Argenton (the results proved it) and nothing was left to chance to let them recover very well. Good food and some supplements for a quick and good recovery and above all keep them calm was the message.
The training rhythm is not and was not high, but that's not necessary either. The pigeons flew 6 to 7 hours on the flight and with this rhythm, the intermediate trainings don't have to be intense anymore. Rest is of golden value...., they also realise this in Kluisbergen.
After having observed the pigeons and their behaviour, they decided to basket the pigeons again for the next stage in the national races from Argenton III.

The pedigree of the 4 first pigeons can be seen below. We see again the basic strain (Jose, Bolleken, Milan, etc.....) with the input of the pigeons of Marc Adam, Alain Van Den Driessche, Herbots Gebr, Erik Limbourg,... etc.... 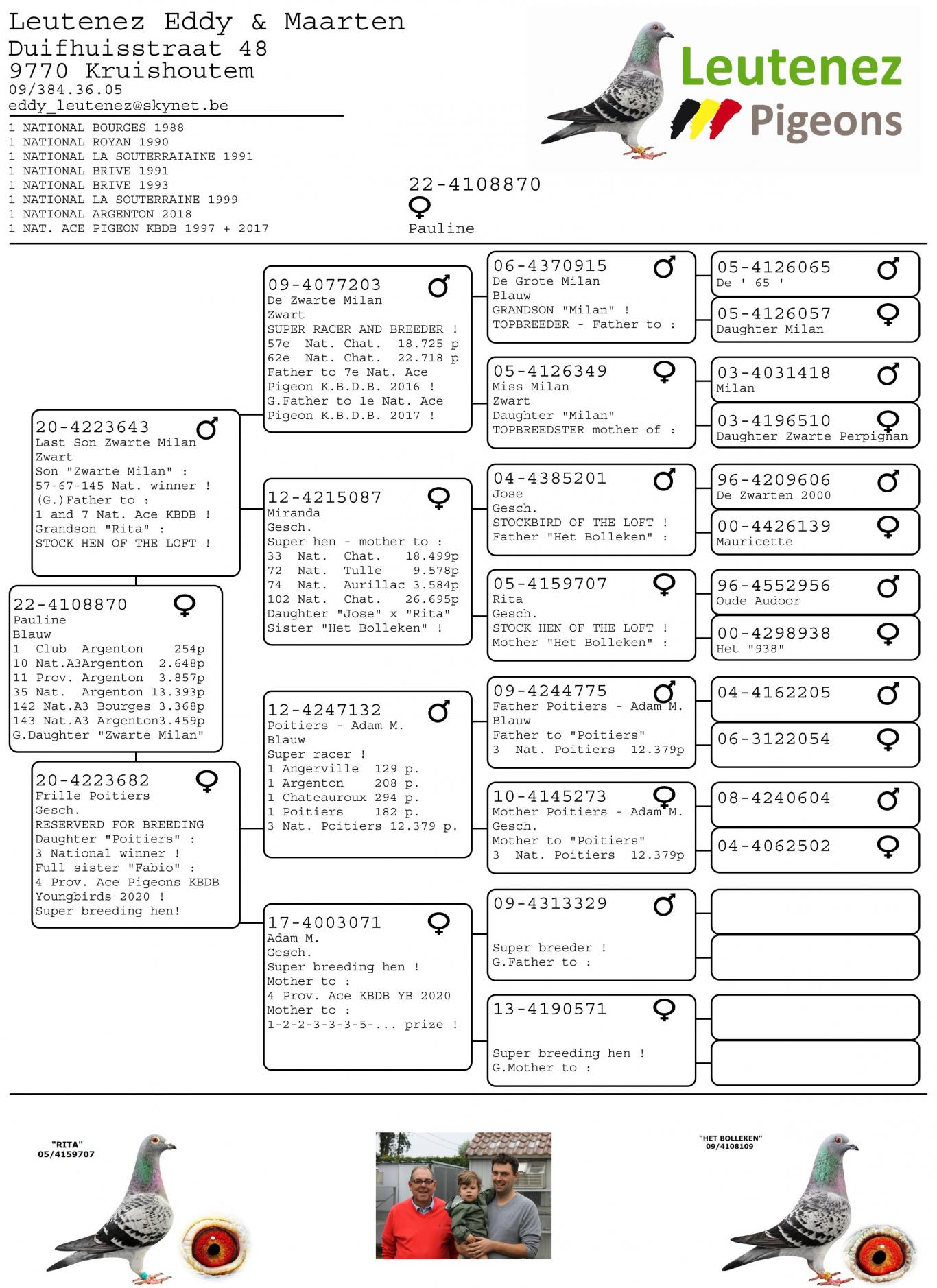 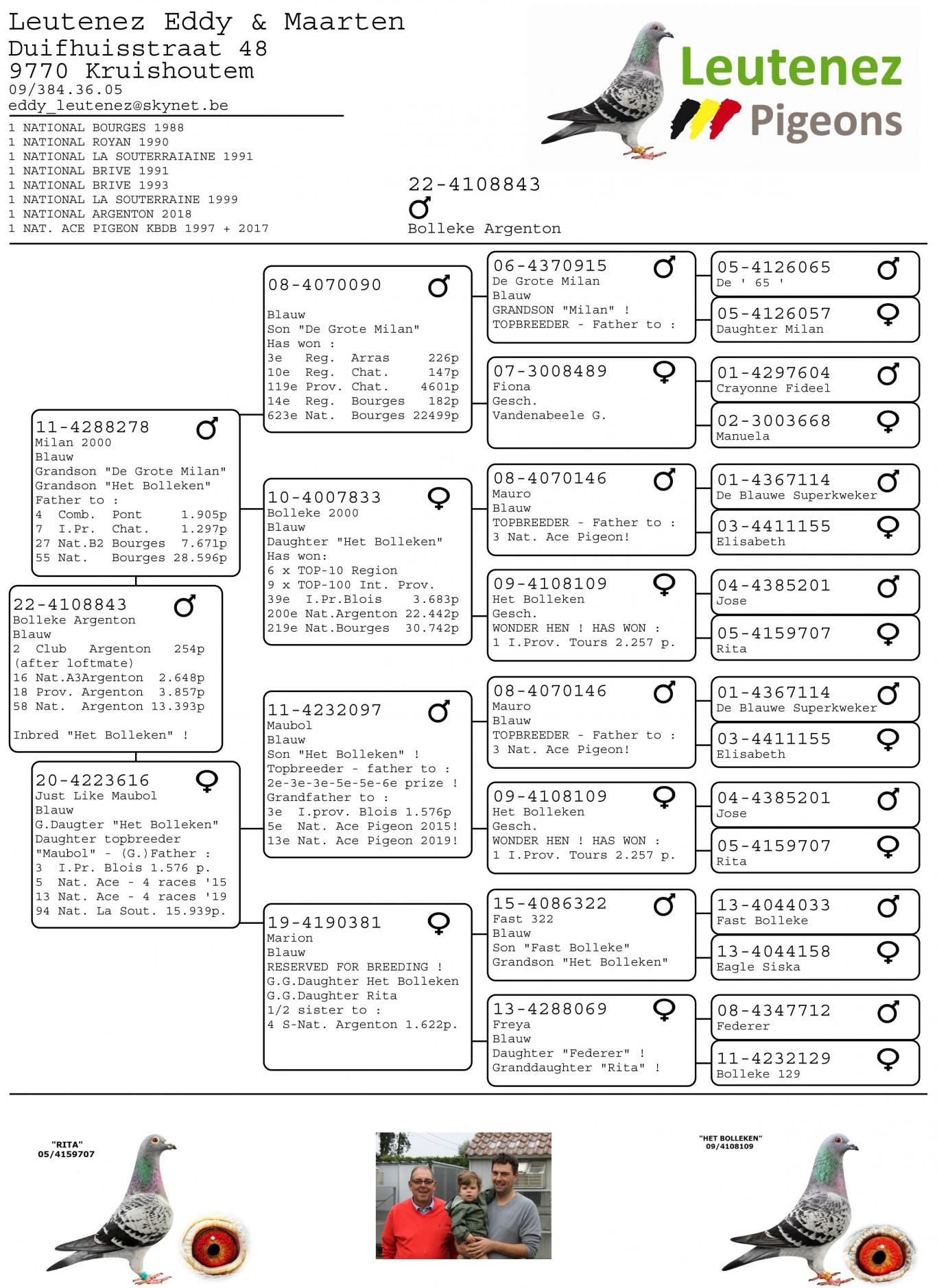 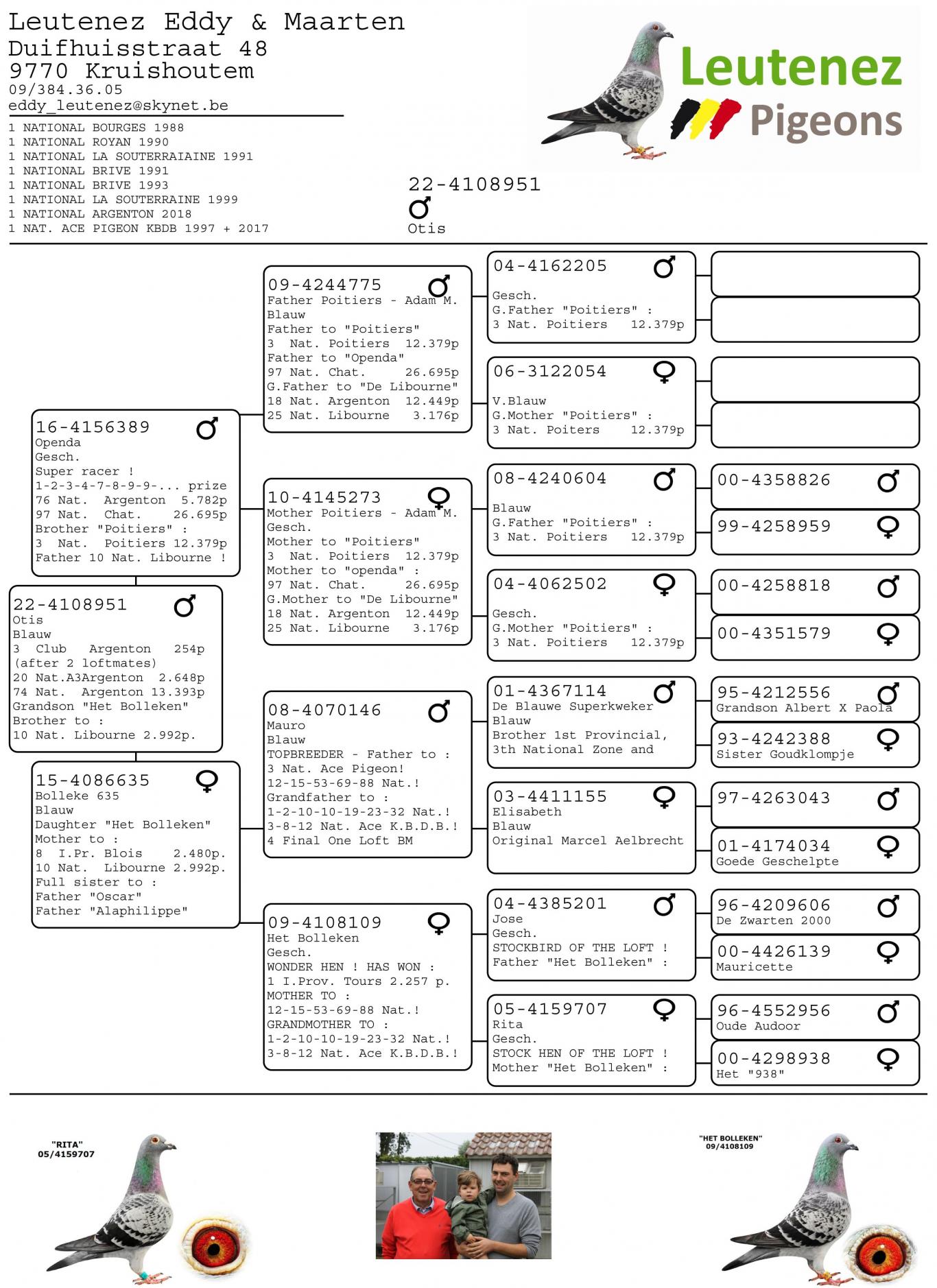 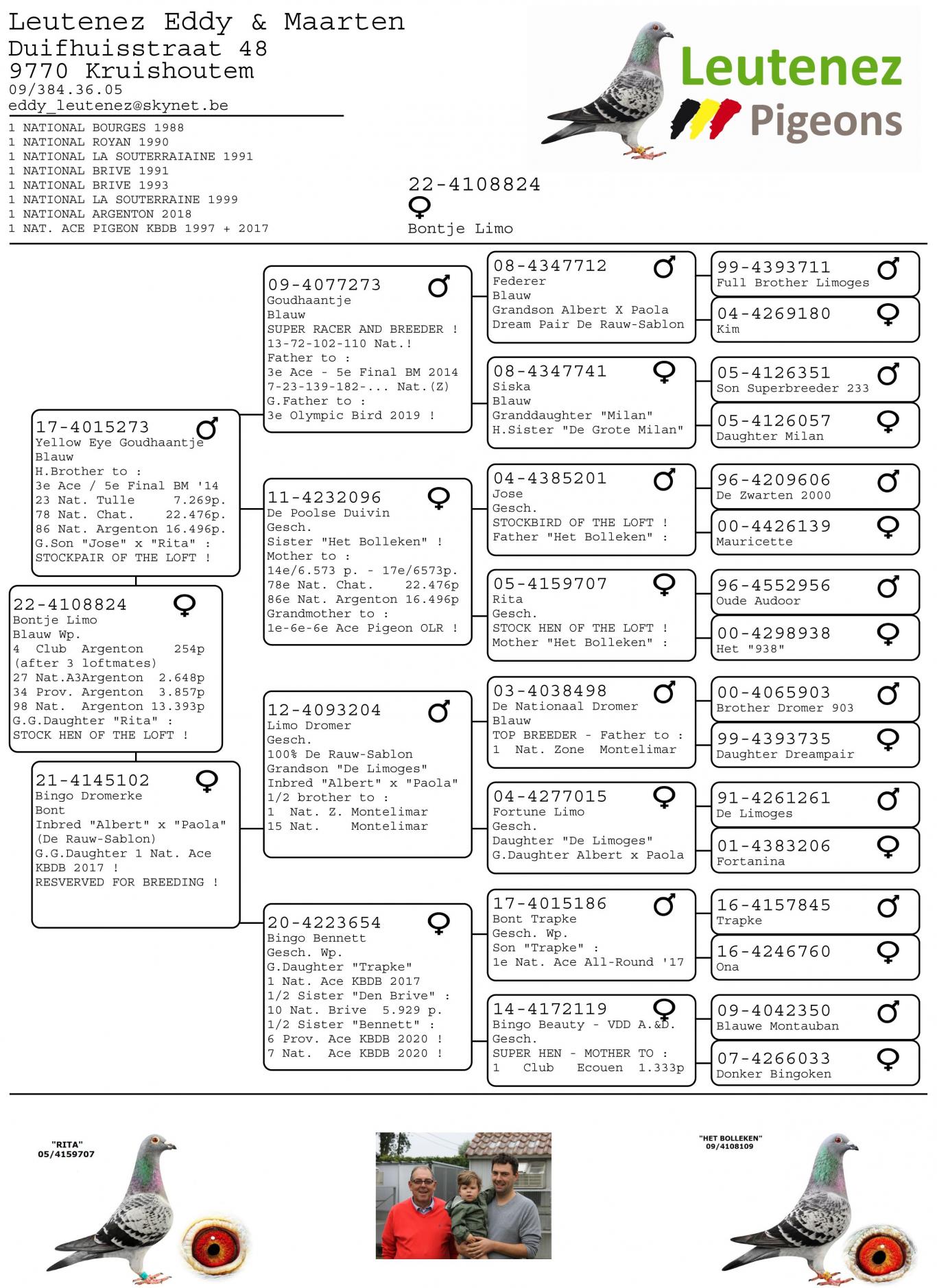