Menen: A remarkable result of the past weekend was for sure the one of tandem Delbaere-Sampers out of Menen in West-Flanders. Nobody, not even them, expected national top pigeons from Issoudun in their region and it was a big surprise when ‘Dyna’ clocked at 14h 04min and 6 sec.  Seen that Filip Delbaere and Eddy Sampers live entirely at the front ( as the crows fly about 1 km from the French boarder) they weren’t ‘notified’ where the Issoudun racers would enter the country. Filip: “ Luckily we were standing outside when we saw her coming direction the youngsters loft. Oh yes, don’t think that ‘Dyna’ went into the wrong loft…no…not at all…she is being raced on nest between the youngsters.” Again a striking fact as let us be honest, aside the last national races you hardly see that a nest hen wins a national victory on the greater middle distance races (see the photo for the nest position at arrival). And the strong stories don’t end yet. Filip continues :”our national winner came from Bourges almost entirely without a tail. Only 3 tailpins were left. We granted her the necessary rest and her tail grew back in. Two weeks ago we had her done a 160km race and we were astonished that she won the 2nd prize and now the 1st prize national. She must have been more than crazy about her nest and probably the extra day basket gave her extra motivation.”

This wasn’t a first attempt for National winner “Dyna”. She already has more than a nice palmaris, one she really doesn’t need to be ashamed of.

Base and care
You see that Filip and Eddy enjoy their hobby to the fullest and no effort is too much to get their pigeons within the top of the results list. As base they have the Willy Vanhoute pigeons and these are being reinforced with top pigeons from Gino Clicque.
They had a team of 22 cocks at the start of the season which are being raced on pure widowhood, 16 hens who are being raced on nest between the youngsters and a nice group of 110 young pigeons.
Feeding is being done as many do with a protein poor mixture as base and along the basketing gets near they switch onto the Clicque mixture (Van Robaeys) and an energy mixture.
In a medical way they follow the advice of vet Pascal Lanneau. Before the start of the season they treated against airway infections and against trichomoniases they give every fortnight a yellow drop in the beak.
The level of selection has been set rather high. Per season they like to see minimum 5 prizes per 10 which are being spiced up with other nice prizes. This rule is both for the youngsters as for the old

Filip and Eddy…after winning the title of 1st National Champion Smaller Middle distance youngsters KBDB 2015, this is a again a super result to be proud of.

"Dyna" was raced on nestposition 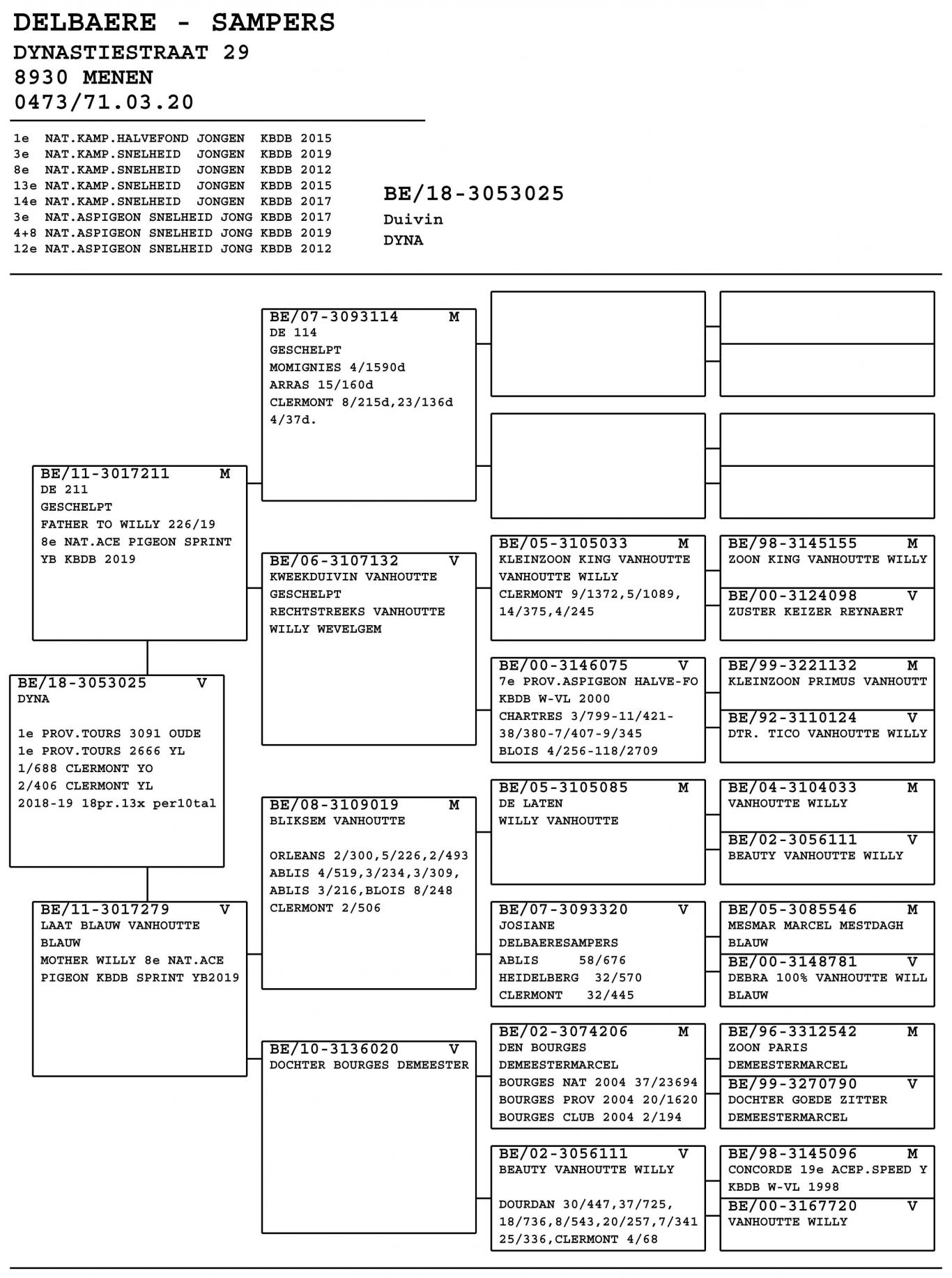 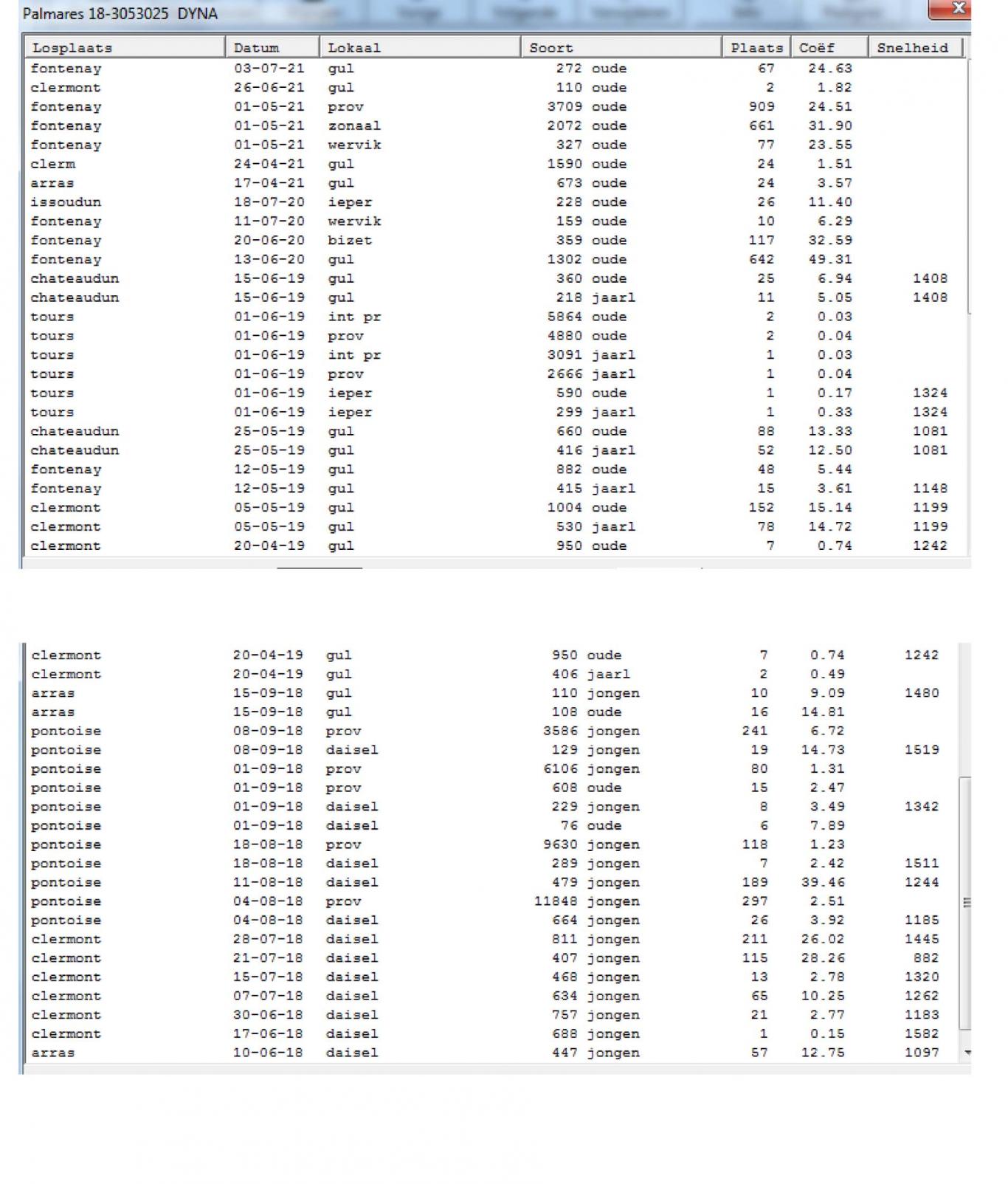