Reeuwijk: When we put the first report about Combinatie Van Leeuwen online in March, we had already noted it. Who pronounces the Dutch place name Reeuwijk in the pigeon world, automatically thinks of 2 very well-known fanciers namely Willem de Bruijn and Verkerk Bas. But since 2017 there is a third name that can place itself little by little next to these 2 champions and then we talk about the combination Van Leeuwen en Zoon.

This combination is formed by Evert, supported by his wife Johanna and their son Evert Jr. "Thanks to their support I can fully enjoy the pigeon sport", Evert starts his story "because I have my own painting company, so every day I’m on the road. Now I have to admit that my wife is just as fanatic a pigeon fancier as I am, and of course that makes a lot."
In '90 Evert came in contact with the pigeon sport. During a visit to a school friend he saw a group of pigeons training and curious as they were they went to the fancier for information. This fancier was Martin Wijtman. Martin told enthusiastically about the arrivals of his marathon pigeons, showed the won cups and told about the care. An explanation that more than impressed Evert and when he came home he told his parents that he was going to keep racing pigeons. A few weeks later there was already a loft of 5 metres in the garden and besides some pigeons from Martin Wijtman, there were also pigeons from football friend Keven Blonk, De Wit Roel, Nico and Piet, Wiebren Vreeling and Piet Schenkels. A strong basis and Evert became in '94 youth champion of the Netherlands. The performances continued to increase and another season later Evert had the 3 best pigeons of the Netherlands.
In 2014 they moved to their current residence in Reeuwijk and with a stock of 20 couples of racers (total widowhood) and 100 youngsters they are basketed for all programme races.
On the breeding loft houses 30 couples, formed with pigeons directly Henny La Grouw, Dirk Van Dyck, Willem de Bruijn, Verkerk Bas and Gerard, Henri Diks, Johny Heylen, Hans Veraart and Piet Veraart and as last acquisitions John Van Dongen.

5 weeks off due to bird flu

This victory is more than gratifying because the combination could not participate in the races for 5 weeks due to bird flu.

For this provincial race, they had basketed 30 pigeons and the hen "Eveline" brings the proverbial palm home. 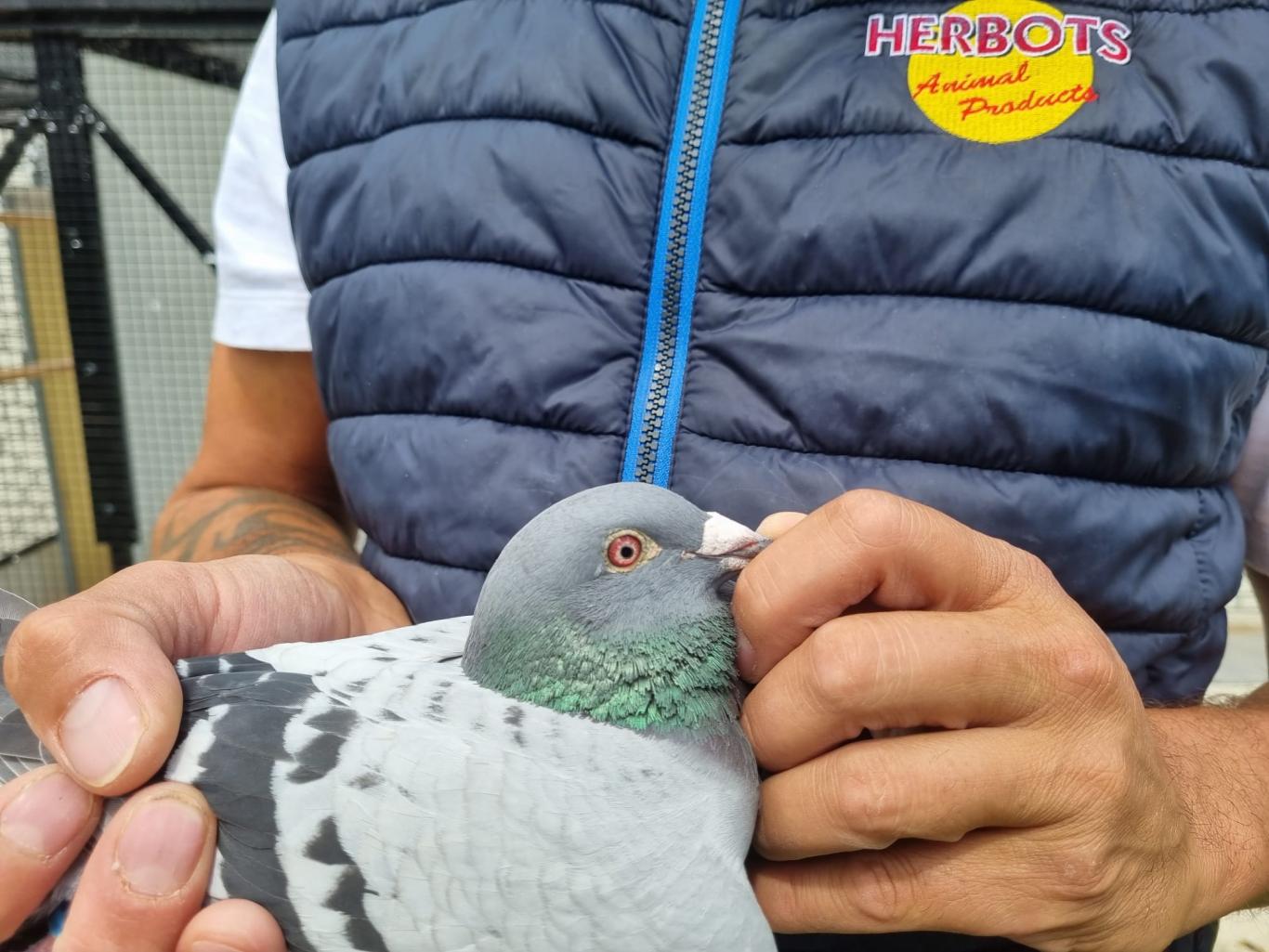 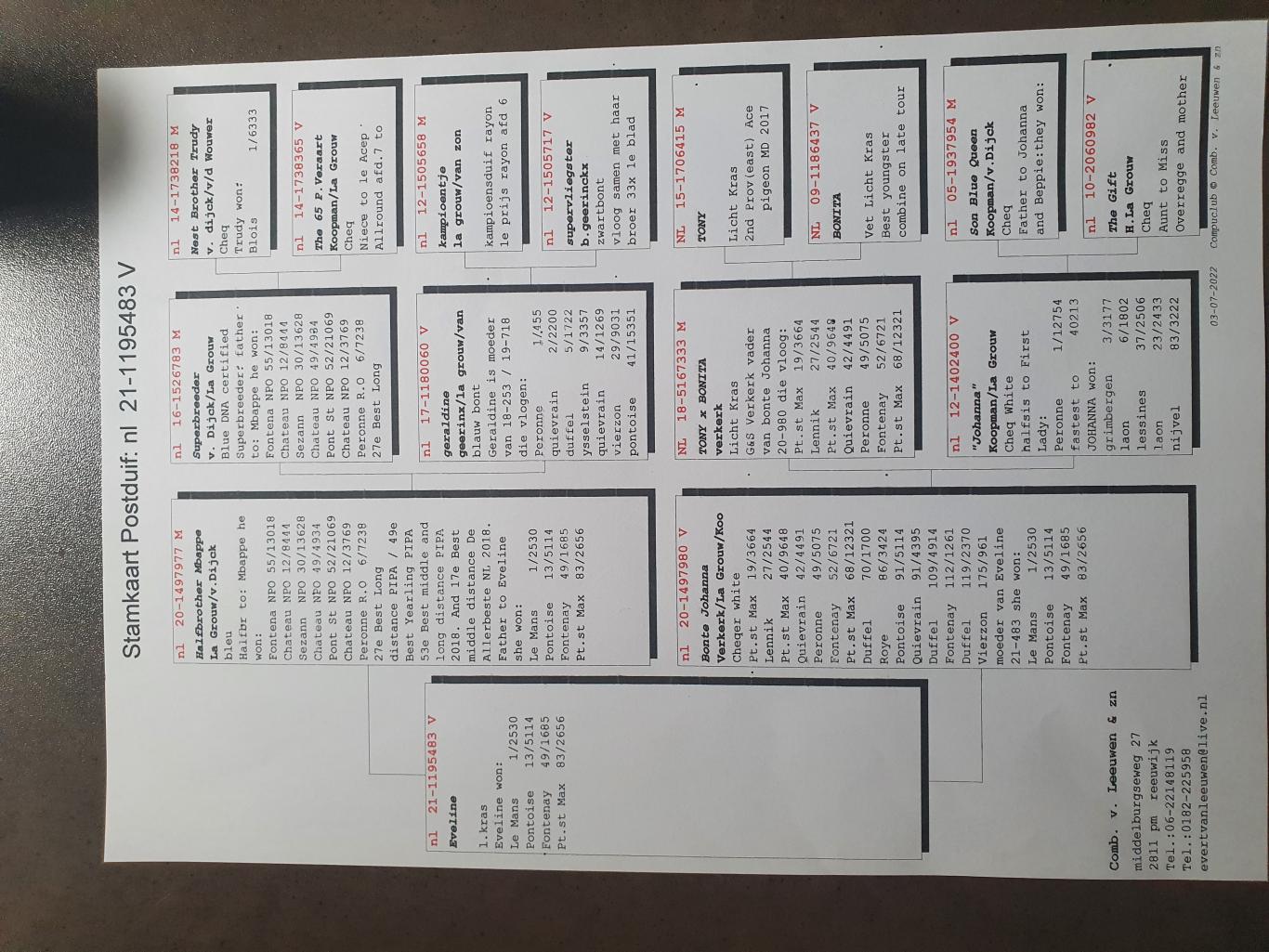 The whole Herbots team wishes you a lot of success the coming weeks. 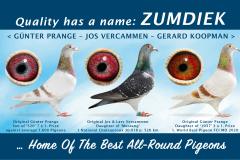