The still young combination Ad van der Meer and Arie Plomp have been active in our beautiful pigeon sport since 2017. Ad, 58 years old, and Arie, 83 years old, both return to the pigeon sport. Both are big sports fanatics. Ad liked to get on a bicycle himself and Arie was also a fanatic sportsman in the past and now enjoys pigeon sport at his age, but also enjoys Dutch football immensely and men like Jos Verstappen and Matthieu van der Pool.

When Ad switched from his hobby tropical birds, his goal was to take the pigeon sport seriously. Good pigeons, professional guidance and freeing up a lot of time yourself.

One of the first steps was to get in touch with Theo de Kruijk, who has a national and international network in the pigeon sport. Theo advised him to buy pigeons from his own environment “Go and try that first, they are affordable and probably just as good”. This is how Ad ended up with Ted franke (Koen Minderhout), Peet and Ted Kester (including Lelyveld and Zuyderwijk). With regard to medical guidance and supplements, Theo has drawn up a System of Herbots products and Herbovet. The basis is Herbosol/optimix/4 oils and prorecup.

Comes as a surprise that the wind was not entirely favorable for Ad and Arie. Ad lives on the coast and with the NW wind a very early pigeon was not expected. But Lady Issoudun won the division competition with a speed of 1199 meters. Even a few meters away. In the club almost 40 minutes loose in the Westland combination about 1315 pigeons more than half an hour loose…… 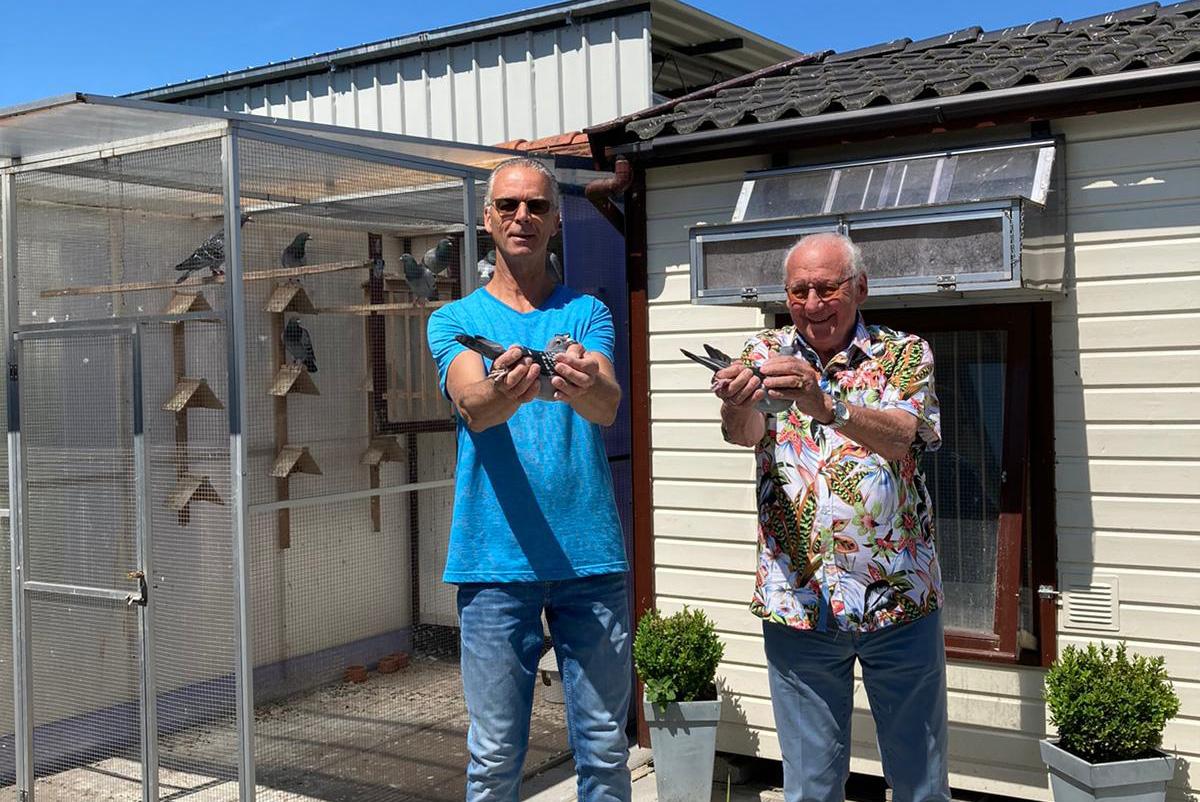 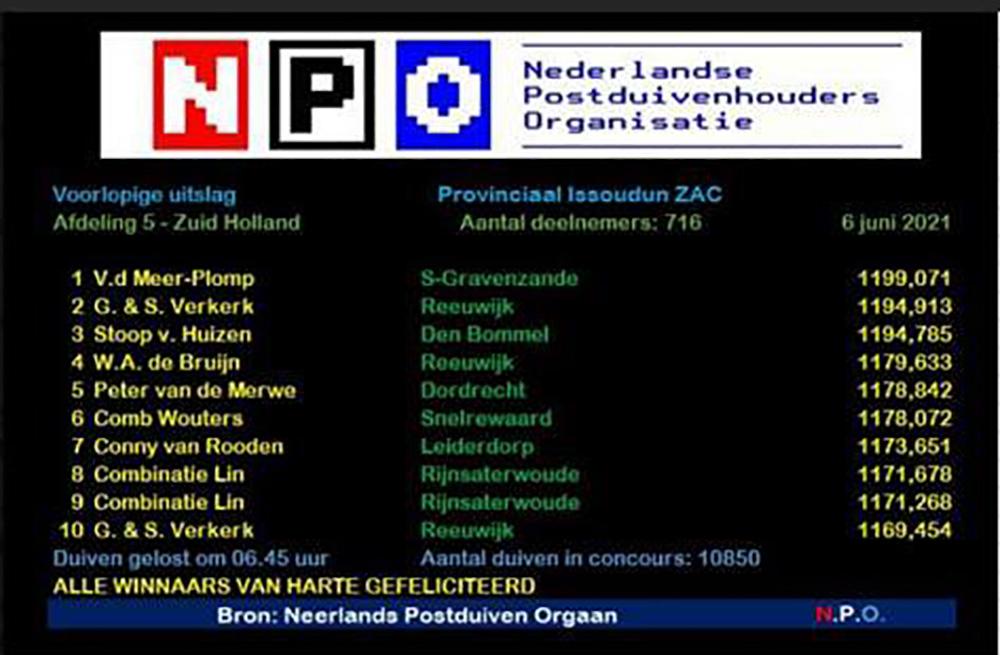