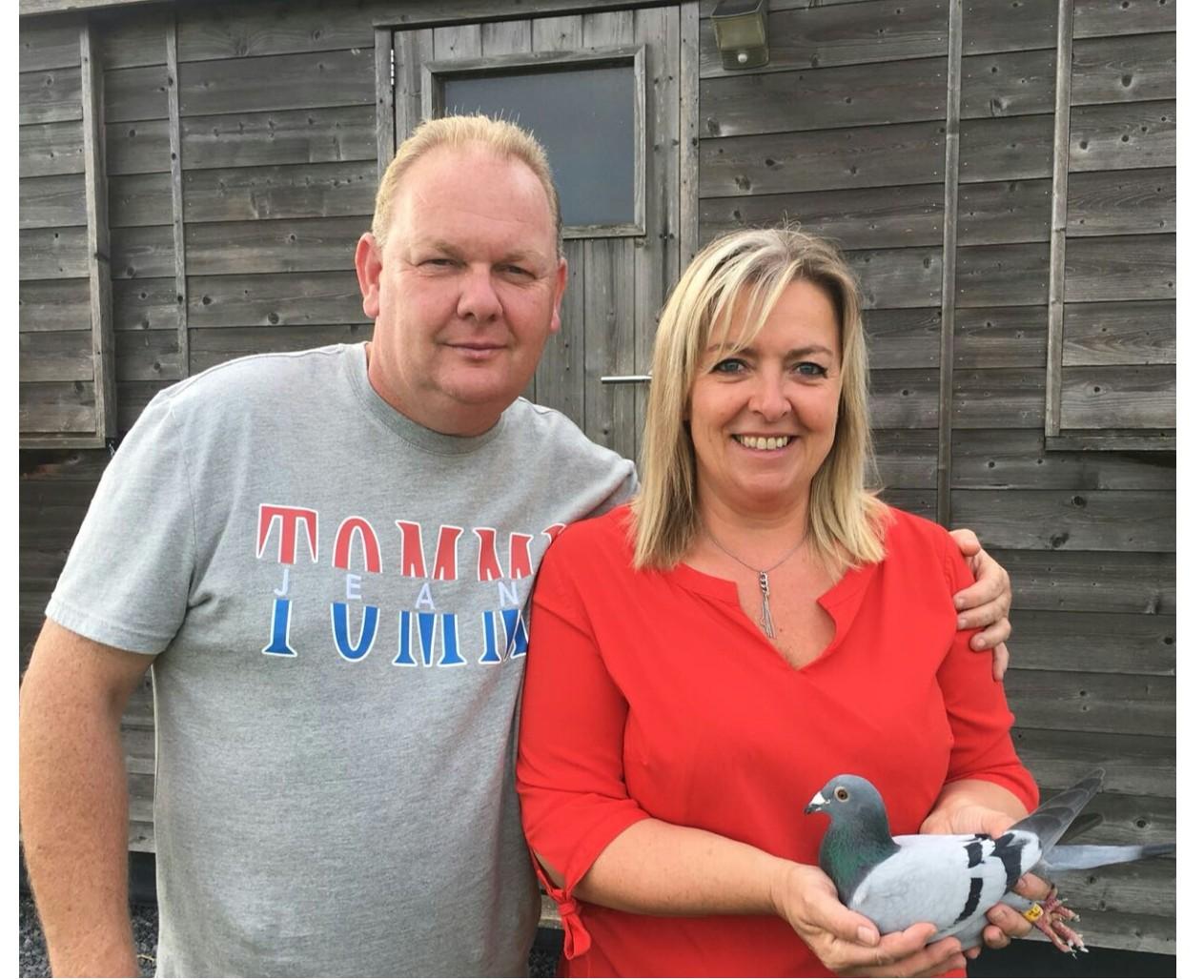 Yes....we know the saying "woman's hand, caress, play well with the pigeons" etc......We don't want to repeat it too much but clichés do exist because they usually express something that survives through the years. Another one is "when the player puts in as much effort as the pigeon does, the chance of success is great" ....
The dots on the i
Annick and her pigeons do not need to be introduced. It all depends on good pigeons, good care and a diligent attitude of the pigeons and the fancier.
Here in Deinze, this is certainly the case. They started with the very strong base of the Gaby Vandenabeele-pigeons from Dentergem and they succeeded wonderfully. They used the best of what could be bred in the Wontergemstraat and this together with a good care and great dedication was the basis of many years of beautiful successes. At Annick's, the finishing touches are literally added.
However you look at it, sooner or later you will get good results in return. She is fully supported in this by her partner Christian who gives all the necessary help where needed.
Even a sale of the basic pigeons meant only a stop in this success story that Annick keeps writing year after year.
Her preference goes out to the middle-distance, heavy middle-distance and long-distance races and she does a lot with cocks, hens and youngsters. Everything is taken care of down to the last detail, leaving nothing to chance and "giving everything" up to the last drop is the motto that has already led to many successes.
In the past season, a lot of good things were achieved and this from the first flights from Arras to a very hard Libourne where also pigeons were easily placed in the top. 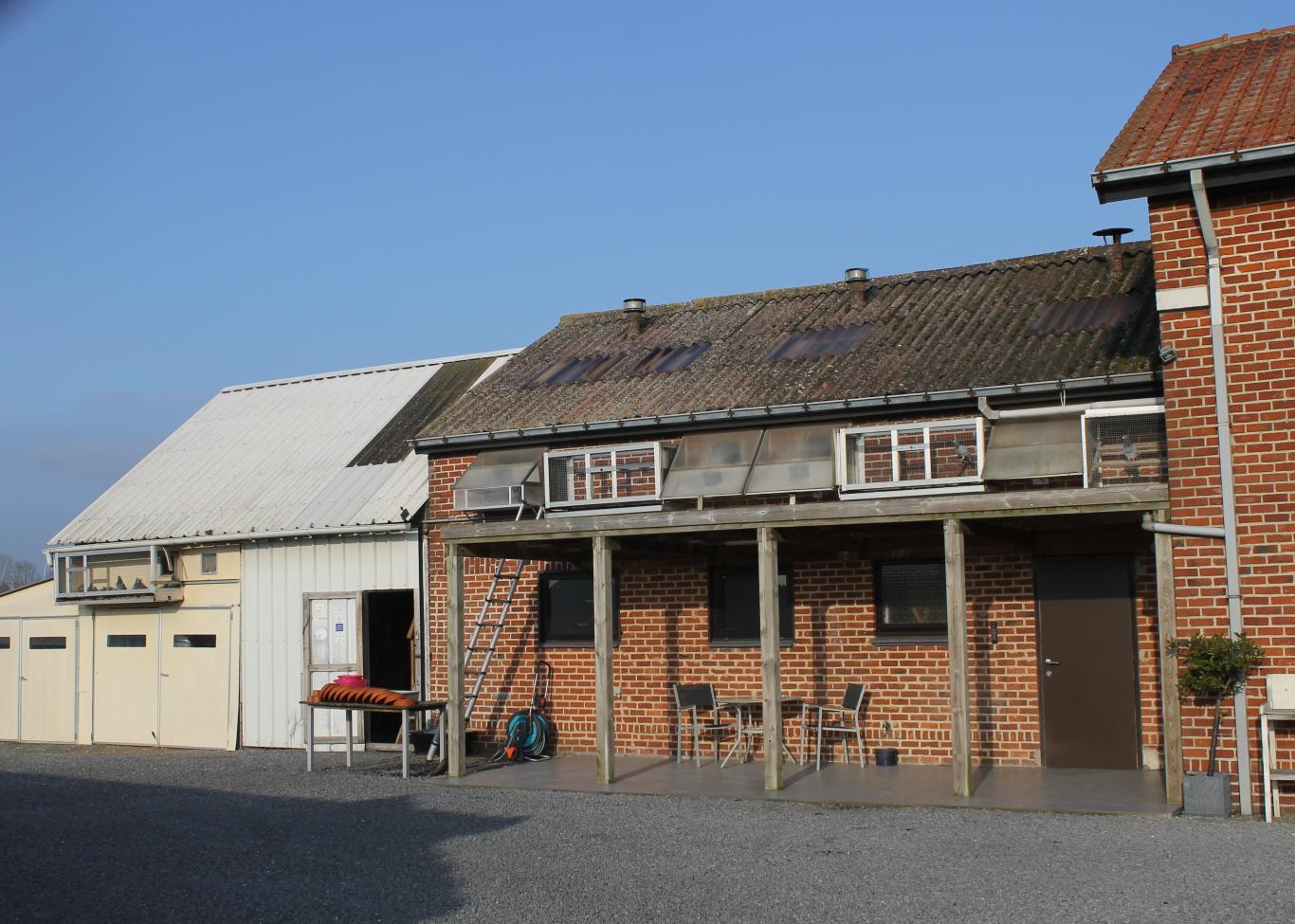 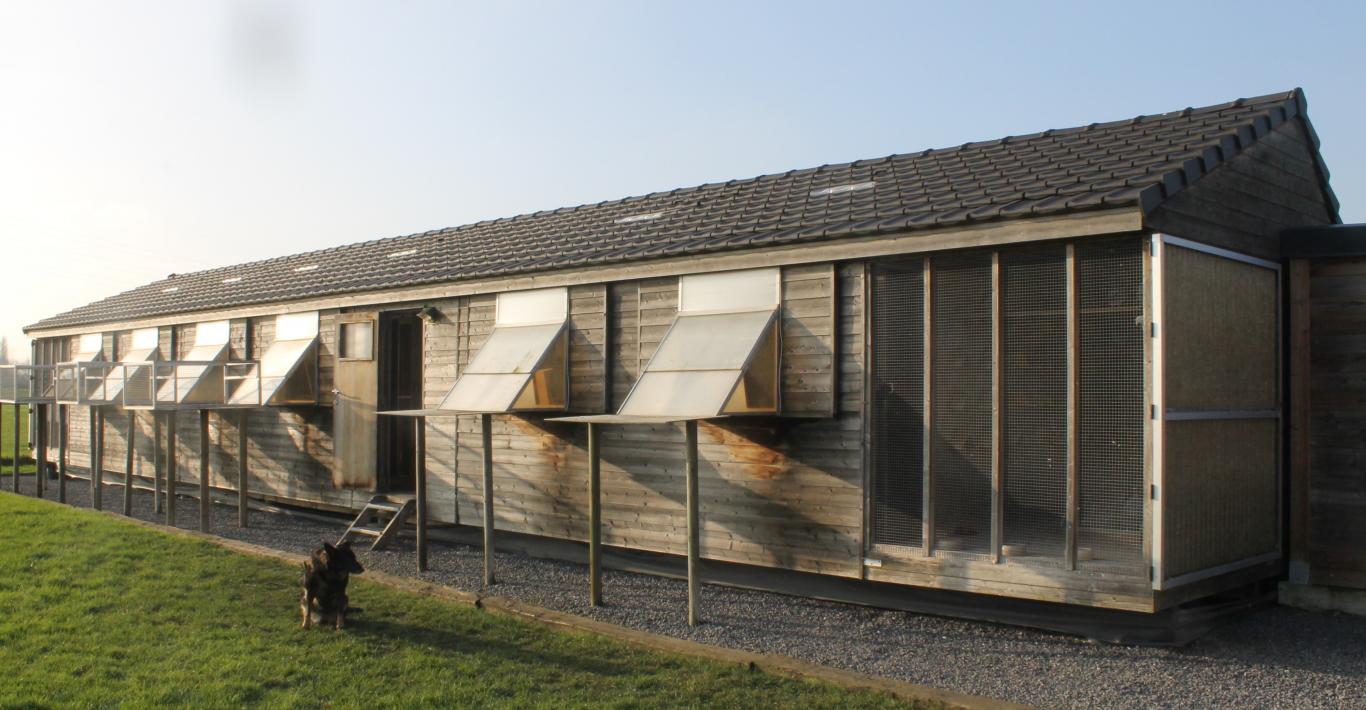 1st and 2nd provincial on Fontenay
Annick lives on the border of the provinces East and West Flanders. This has advantages and disadvantages.....but you are always on the edge of the nest, as we sometimes say.
It also has the advantage of being able to choose whether to basket in one or the other province. Annick has basketed more than regularly in West Flanders this season and does not escape the tough competition.
This was also the case for the provincial Fontenay last weekend. In West Flanders 5,073 young birds were basketed and Annick had 36 in the basket.
It was a race with a smooth course, the weather was beautiful and the wind was in favour. The first pigeons achieved a speed of just over 1,400 m per minute. A fair, good flight.

New Lieske and Tsjaartje give everyone the slip

Before you can carry the name New Lieske with Annick...you must have something to offer. Herewith we refer to the foundation-mother of almost the entire colony in Deinze namely Lieske (who came directly from Gaby Vandenabeele). She was the mother, grandmother, great-grandmother of so many pigeons that flew first prize and form the artery of this colony.

New Lieske, a beautiful blue hen, is a nearly 100 % Vandenabeele-descendant with as father Grandson Tsaby 259, a grandson of top breeder Tsaby (Tsaby who was in his turn grandfather of Super Romeo with Gaby Vandenabeele himself).

Mother hen is daughter Venice or a result of the lines Orlando, G-Power, and back Tsaby. It was no real surprise that New Lieske could do this, because in the past season she was already several times in the top of the races with a more than beautiful palmares. 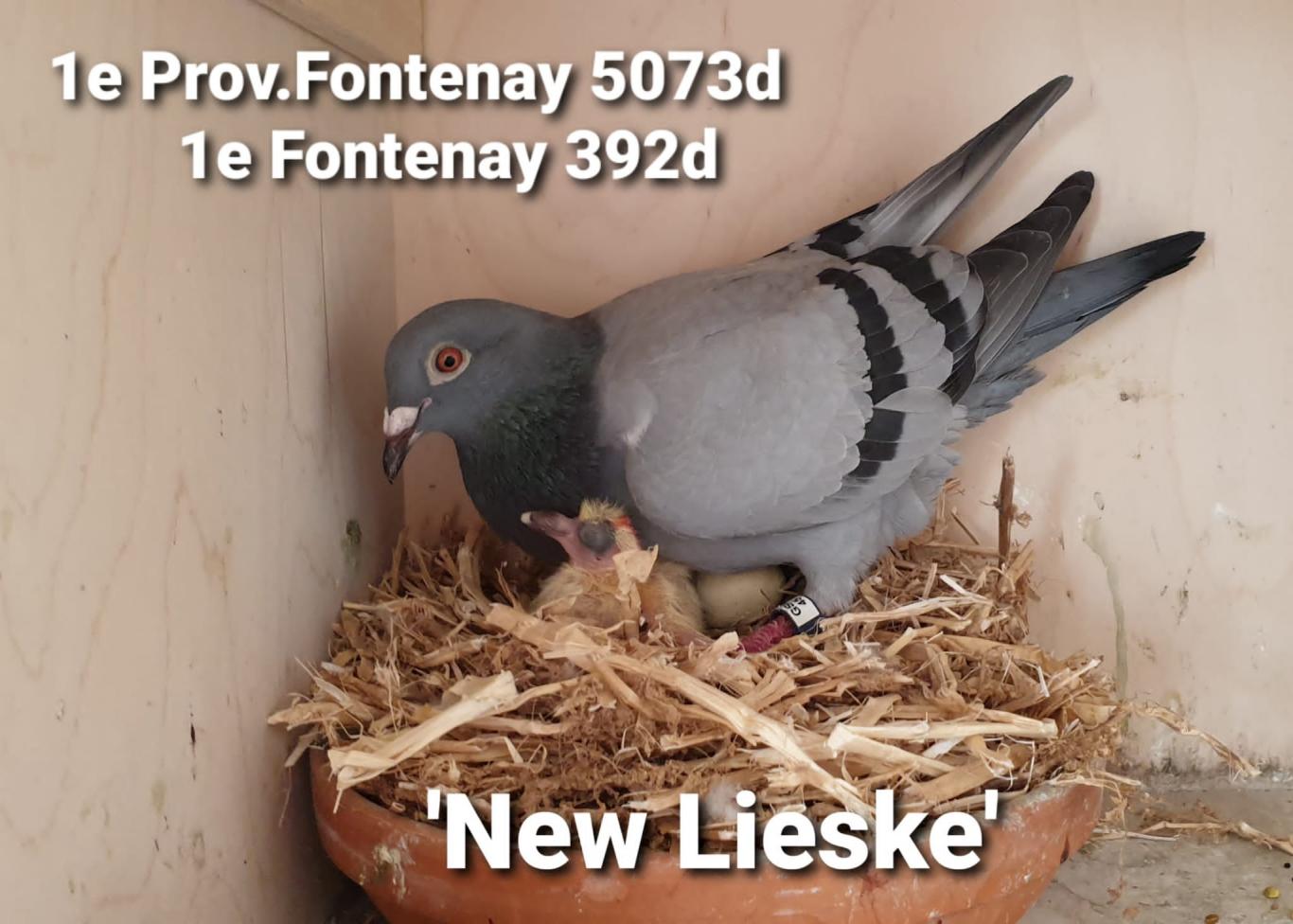 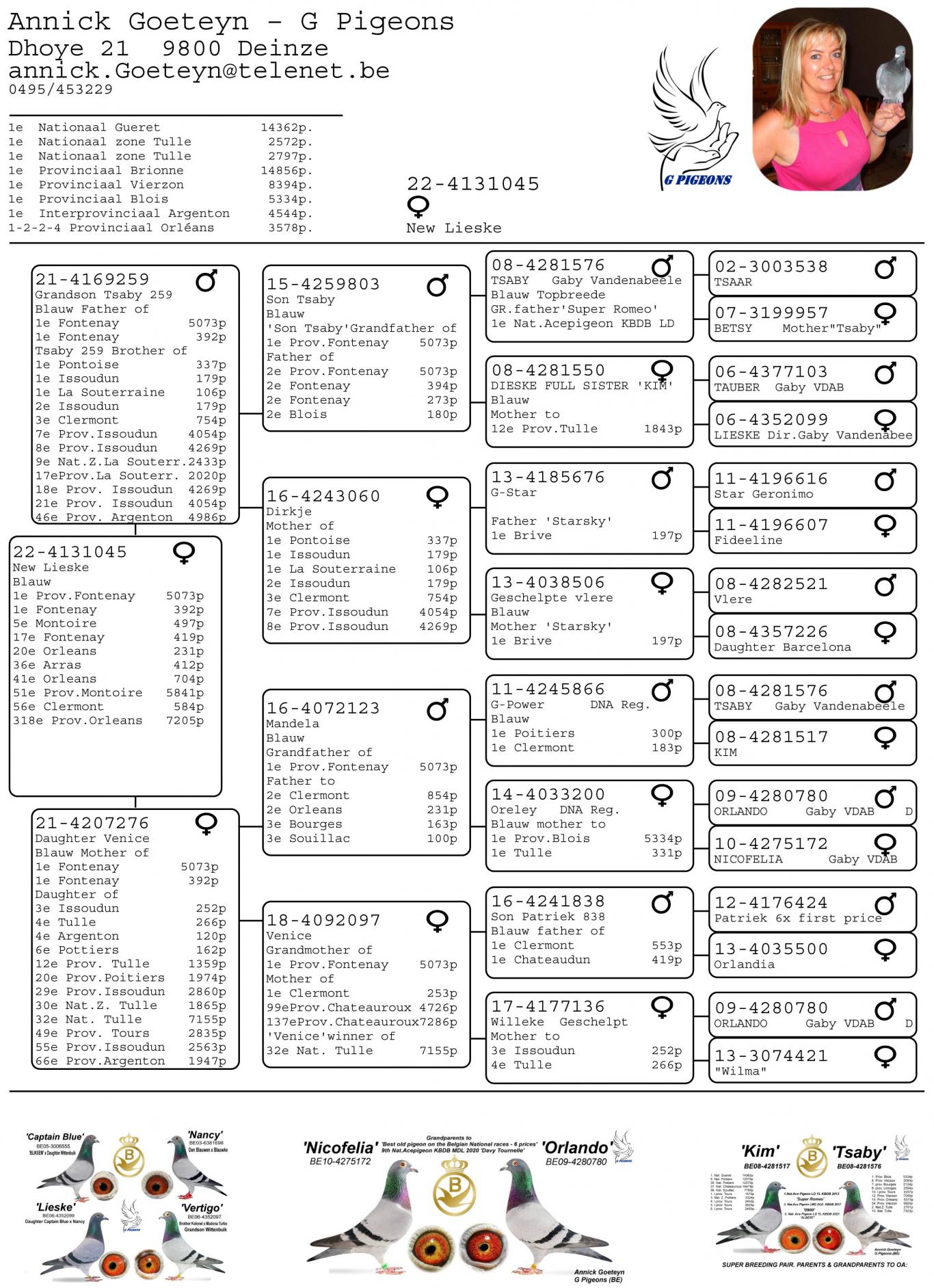 Tsaartje was in her wake and in fact both were flown together but due to the speed of arriving Tsaartje was forced to make a small turn so New Lieske was first over the plate.
Also Tsaartje (the name says it all) is an even more clear product of the basic lines on this loft, namely Tsaby, Lieske, Orlando, Nicofelia etc..... or a 100% Vandenabeele-line. Also the top of Tsaartje is no real surprise because she also flew several times top in the current season. 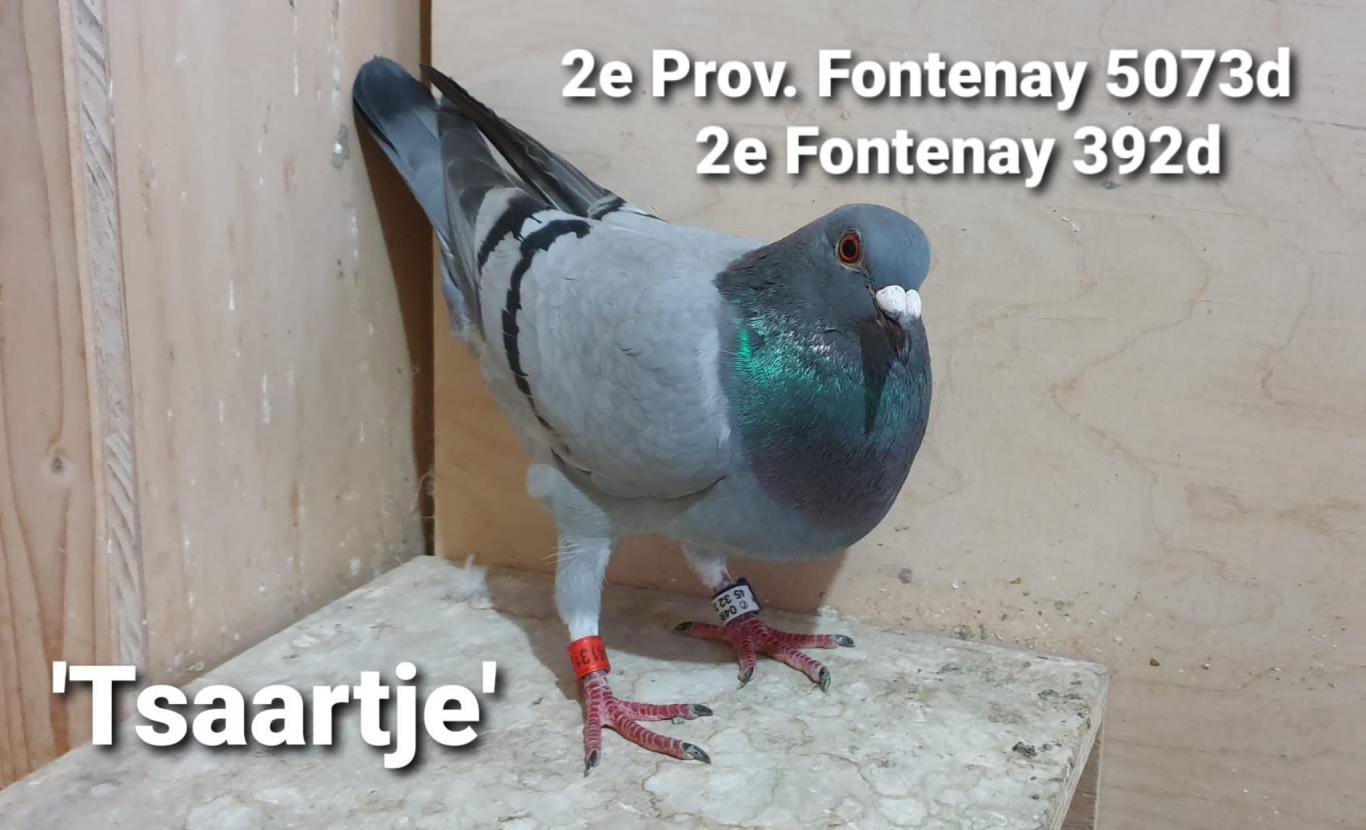 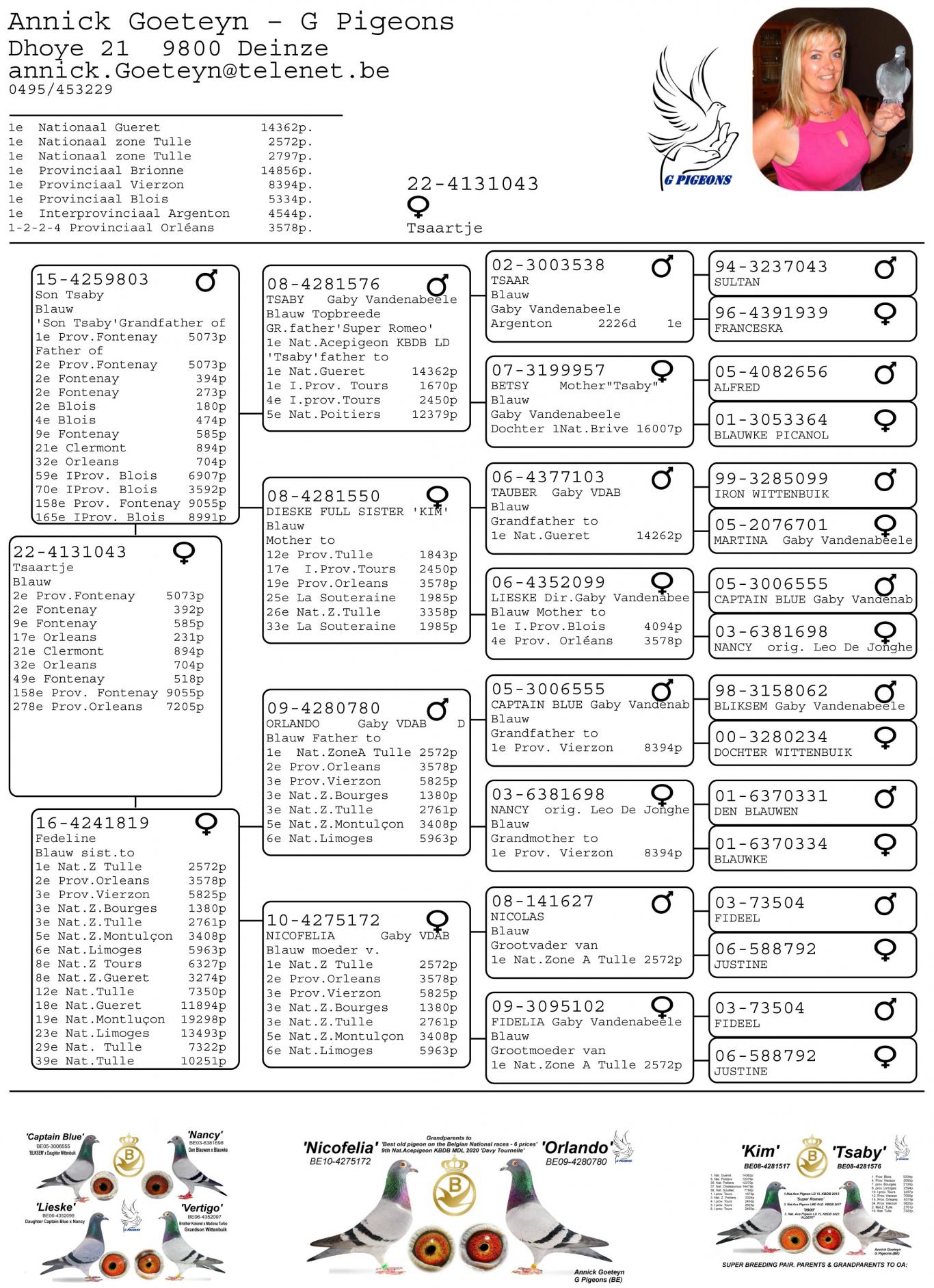 Good genes are important....the 20th provincial prize is the litter brother of Tsaartje...
By the way, it was a wonderful result that was put down with provincial of 5,073 pigeons 1e-e-2e-20e-21e-26e-28e-30e-31e-33e-39e-60e-62e-67e.......
Herewith also the pictures of the grandparents of both the winners. As you can see, this strictly interwoven Vandenabeele family is blessed with a lot of nice results and good genes in the next generations.
It is a nice double victory for Annick and undoubtedly a firm boost to go for it with even more enthusiasm. There is no doubt that strong results will follow! 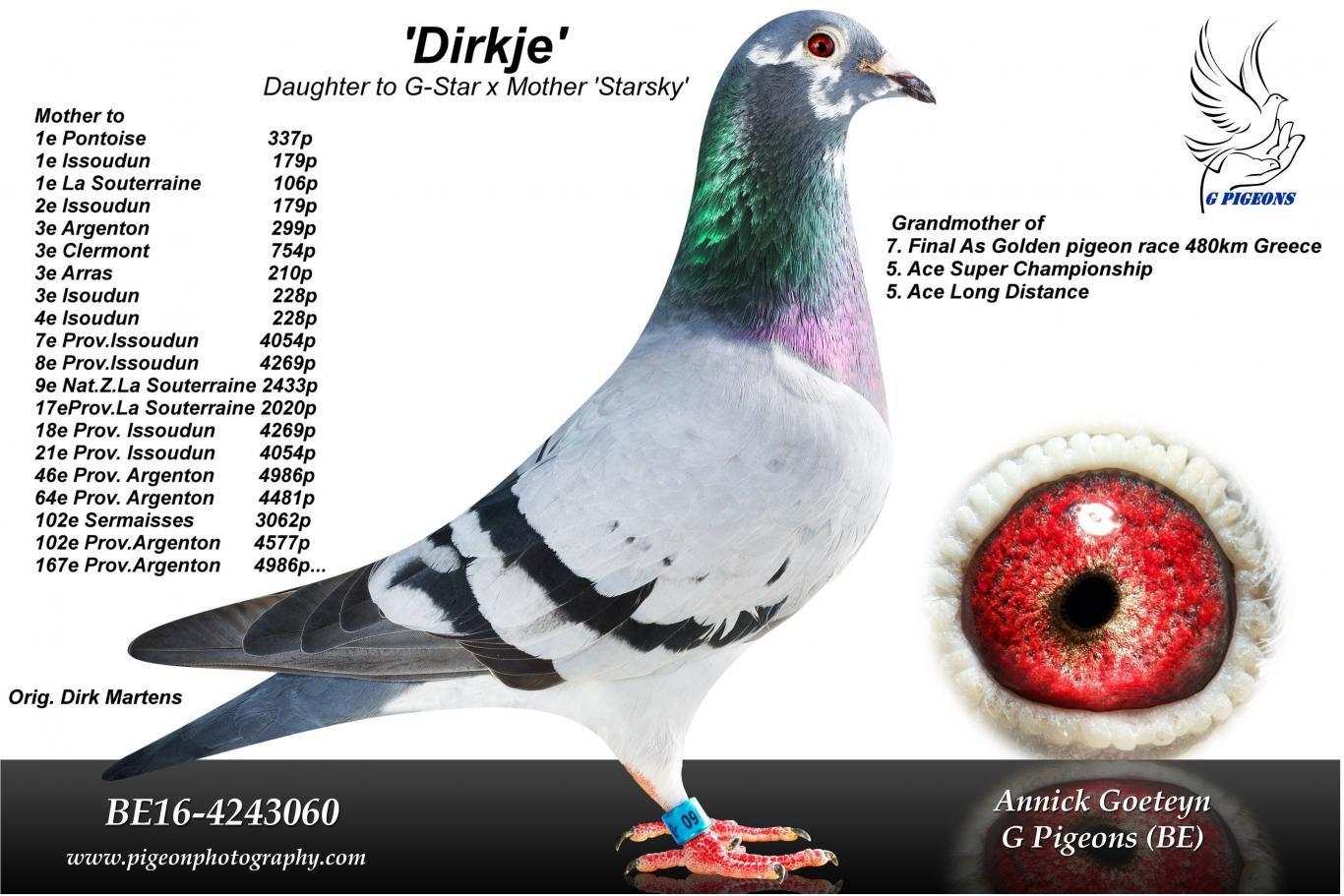 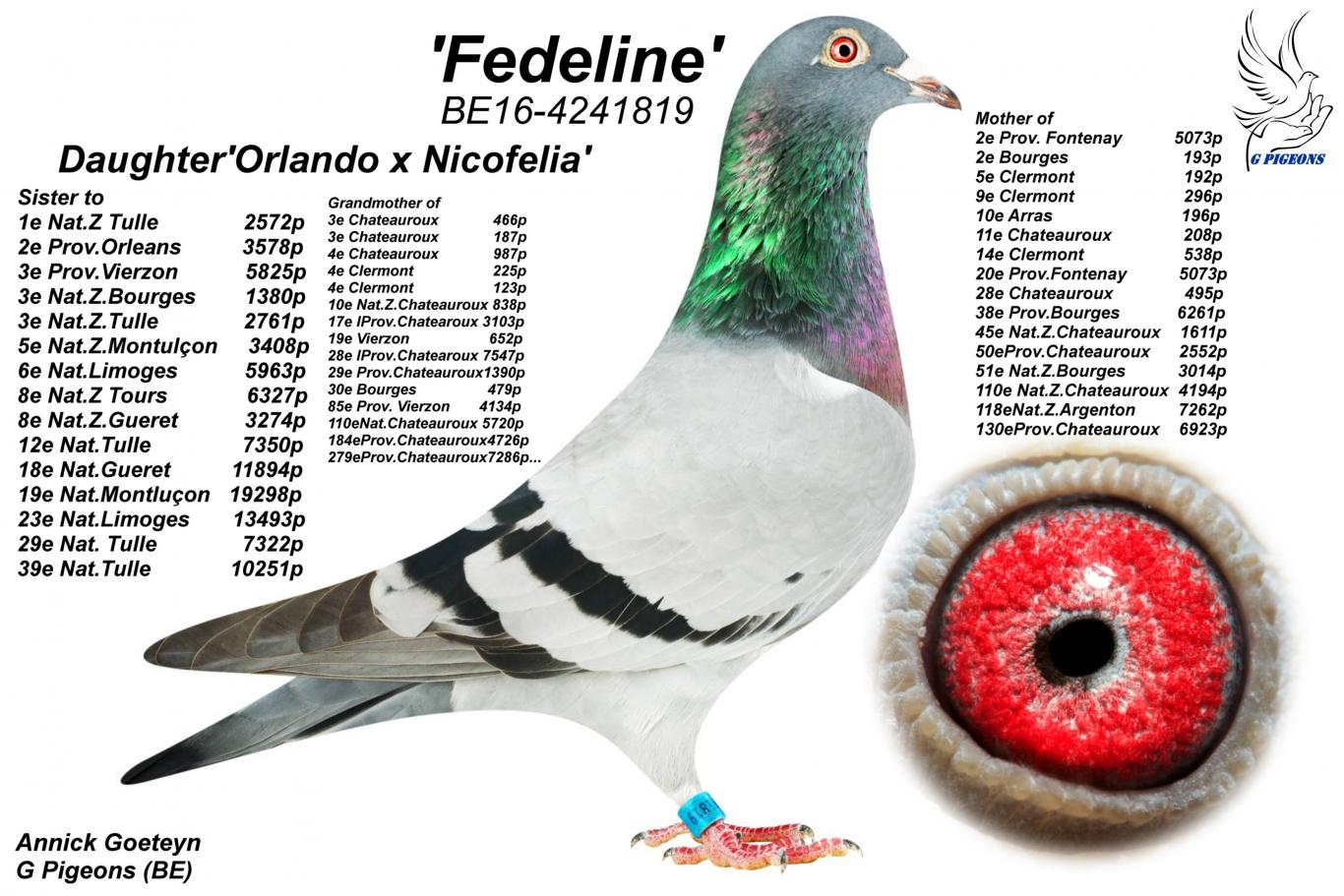 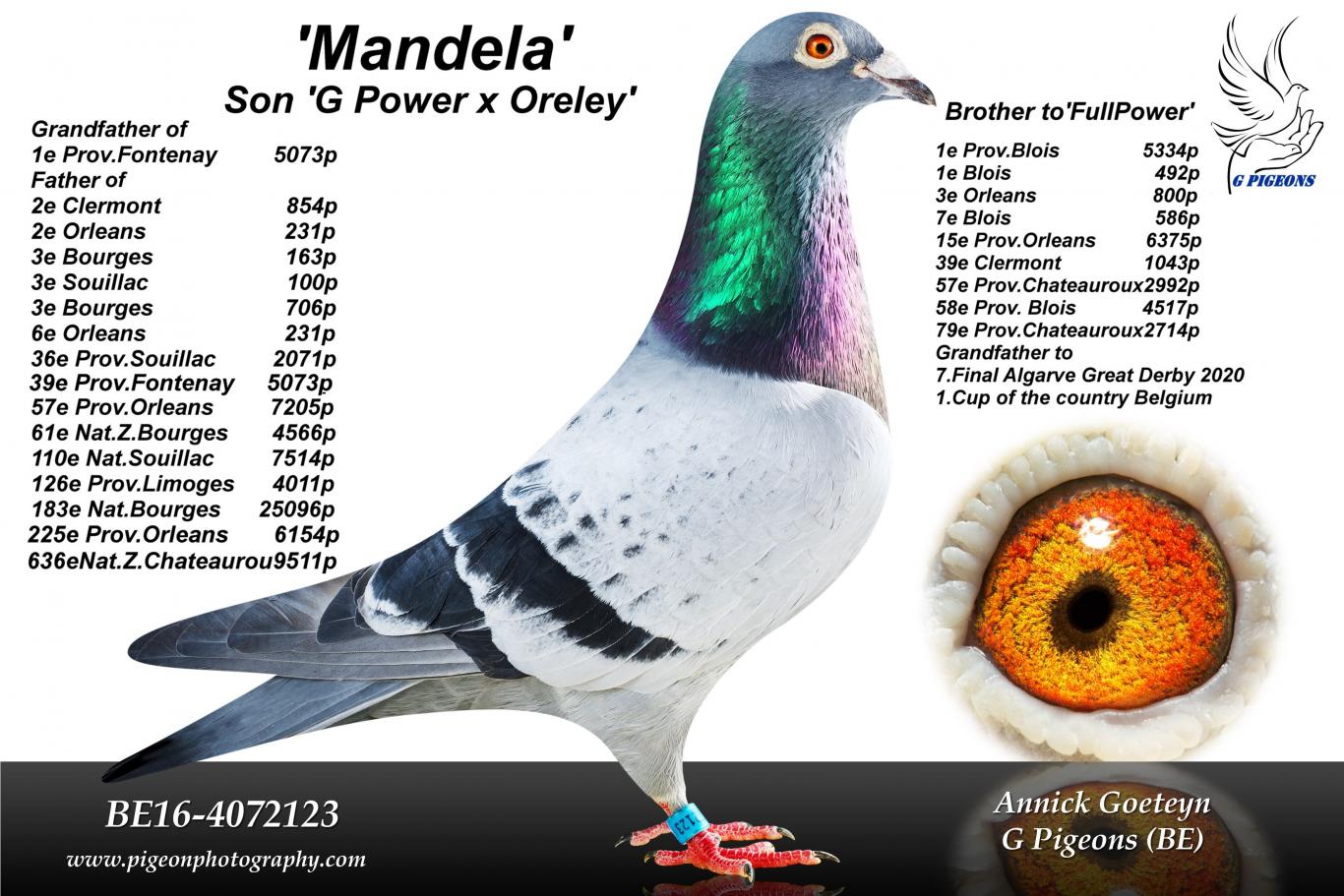 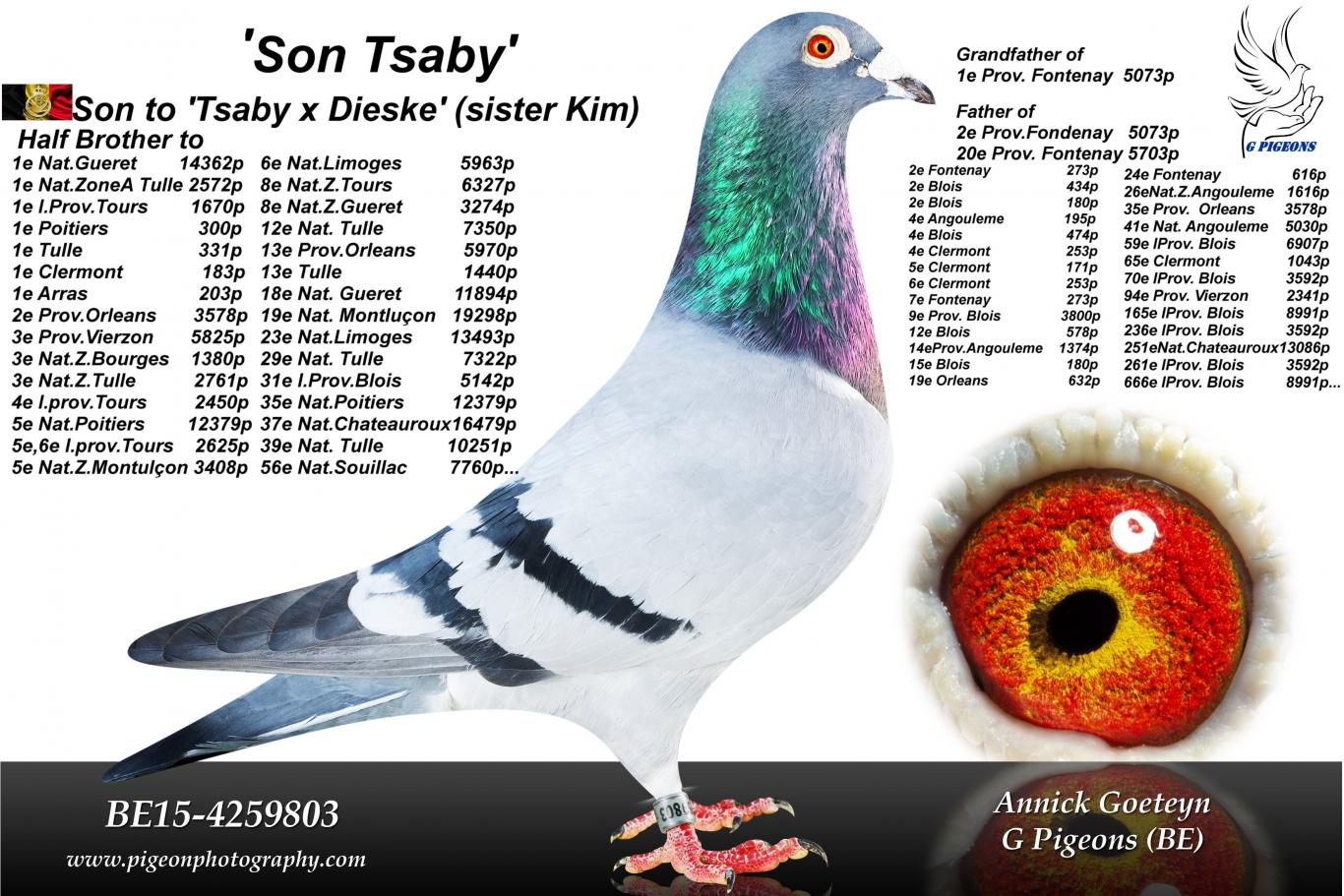 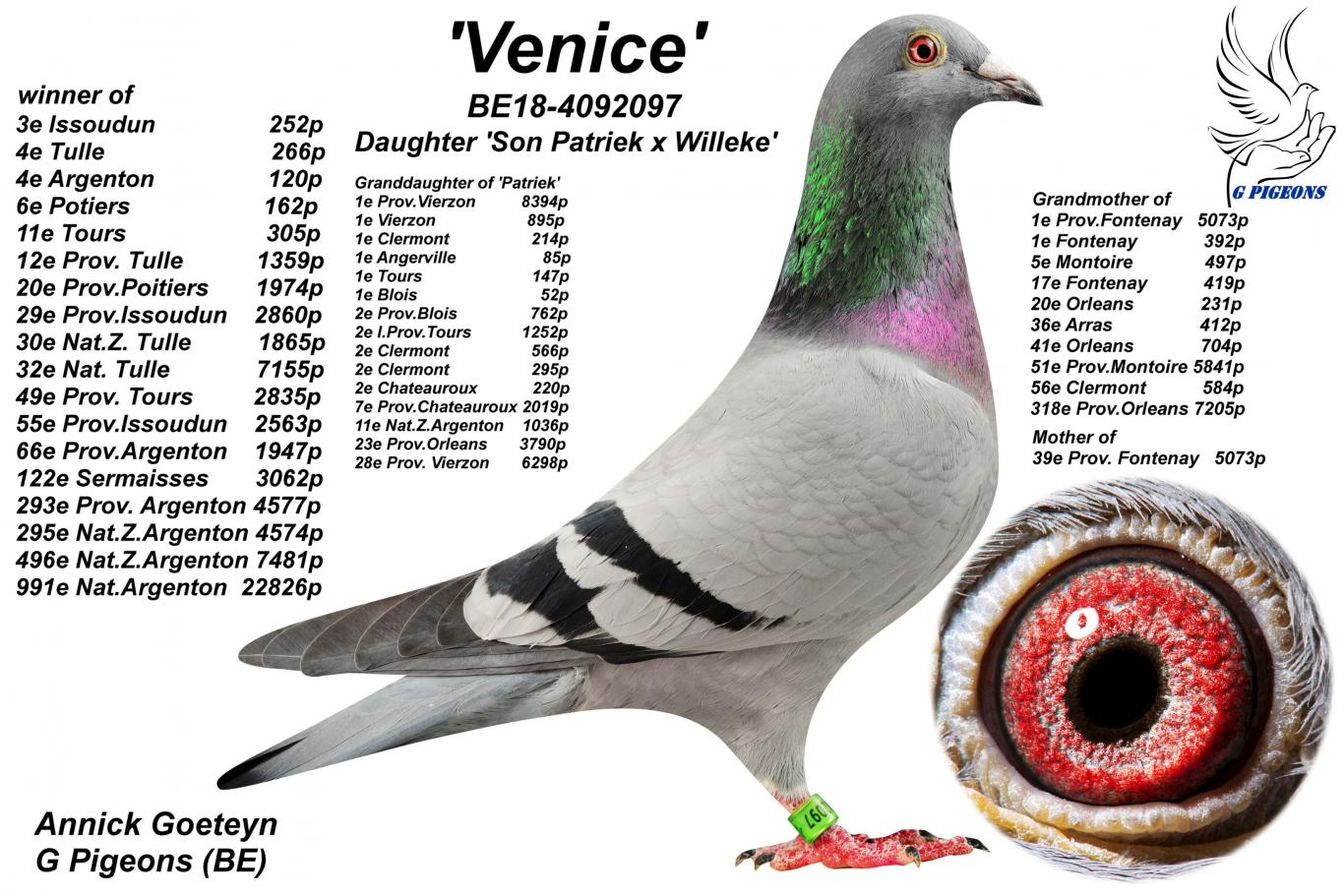